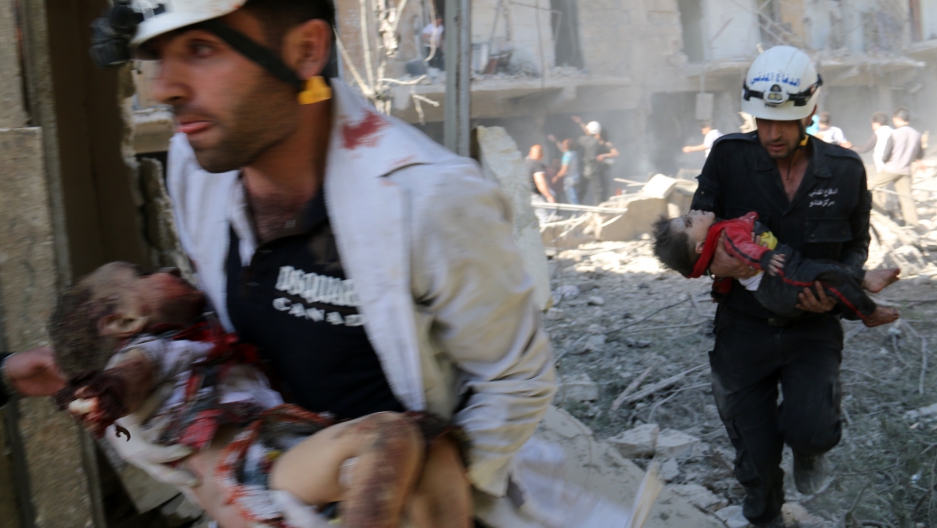 BEIRUT, Lebanon — When a video of a boy apparently dodging sniper fire to save a young girl in Syria emerged this week, GlobalPost was among the many news organizations that decided to run it, albeit with heavy caveats.

On Friday, it emerged that it was a fake. The video, which has been watched millions of times on YouTube, was in fact filmed in Malta by a Norwegian filmmaker using a team of actors and a camera crew.

Lars Klevberg, the 34-year-old director behind the project, told the BBC that it was his intention to “get attention and spur debate, first and foremost about children and war.”

“We also wanted to see how the media would respond to such a video," he added.

The answer, it seems fair to say, is: not very well.

The difficulty of verifying videos of this kind from Syria is well known to journalists covering the conflict. They are uploaded every day, shot by amateurs and activists who can go places reporters no longer tread.

In many cases, they have proven essential to uncovering or aiding investigations into some of the worst crimes of the war. The governments of the United States and the United Kingdom relied heavily on amateur video footage from the aftermath of a chemical attack in a Damascus suburb in August last year, which left hundreds dead.

News organizations — which often face significant limitations verifying this sort of content, even when best efforts are made — have used them to report on massacres and atrocities.

But fake videos have also been commonplace throughout the conflict, and more often than not the people producing them have had more nefarious motivations than these Norwegian filmmakers.

The trouble is that whenever a video reported as real is later revealed to be a fake, the public’s trust in news from Syria as a whole is diminished. It also provides ammunition for those who have an interest in covering up or denying the very real crimes being committed in Syria every day.

It is for that reason that many Syrians reacting to the news late Friday, such as Aboud Dandachi, a displaced former resident of Homs, are angry about the project.

“Sometimes in Syria the only documentation of an atrocity is a mobile phone camera. Thanks for making it harder asshole,” he said on Twitter.

UK-based journalist Eliot Higgins has perhaps watched more videos from Syria than anyone else. He also thinks that the lasting impact of the filmmaker’s stunt could be entirely negative.

“I think the filmmakers have been highly irresponsible, have contributed nothing to the debate about violence against civilians in Syria, and have only created more distrust in videos from conflict zones,” he told GlobalPost.

“There's more than enough footage from Syria that is genuine to not have to make fake incidents to make some contribution to a debate. The filmmakers obviously don't really understand or have any appreciation of its complexity,” he added.

In the meantime, it seems likely that the filmmaker’s desire to “see how the media would respond” to a fake video will overshadow its stated primary aim.

Children, after all, are being killed in Syria. Research carried out by the Oxford Research Group found that sniper fire killed nearly 400 Syrian children under the age of 17 between March 2011 and August 2013.

Read some of GlobalPost's extensive reporting from Syria:

Inside Syria: Life and death in Aleppo

Here's some of James Foley's finest reporting for GlobalPost