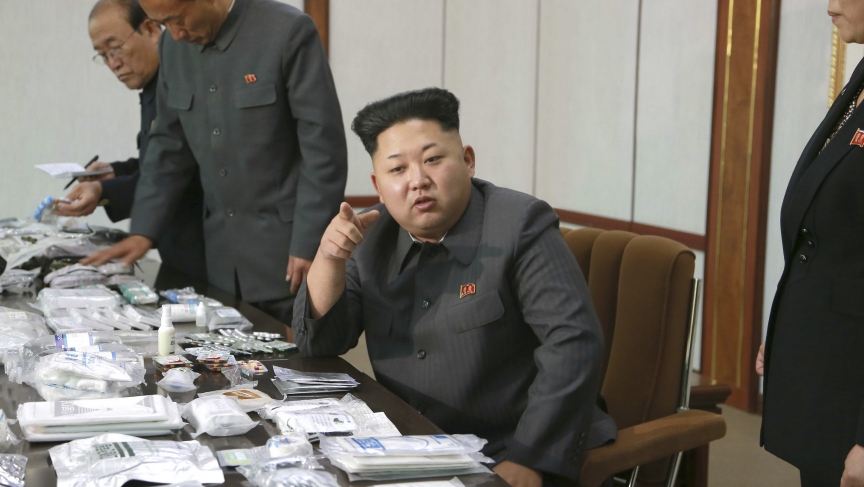 No one believes North Korea’s 30 year-old dictator is on the fast track to facing prosecution at the International Criminal Court for crimes against humanity. But the very existence of this as an eventuality has rattled the leadership in Pyongyang.

UN Special Rapporteur on human rights in North Korea, Marzuki Darusman, had some blunt words for North Korea on Friday. He said human rights violations in that country, “met the high threshold required for crimes against humanity in international law.”

Marzuki said the goal at the UN should be to hold accountable those North Korean leaders who are “most responsible,” and that would include Kim Jong-un himself. “Having been informed of these violations, and no action being taken, renders [Kim] culpable of complicity in crimes against humanity.”

This is the kind of talk terrifies the people who run North Korea.

For decades, the UN issued statements expressing its displeasure about the North’s dismal human rights record. Pyongyang ignored them. And it refused to take part in the UN system on human rights on grounds that there were no such problems in North Korea.

But something changed early this year, when the UN produced a meticulous 400-page report on North Korea’s human rights situation. It compared the country’s systematic violations to Nazi-era atrocities. Governments around the world took notice. Botswana, for example, broke off relations with the North.

For North Korea’s leadership, the UN report and the international legal process that it set into motion were intolerable, because they present a challenge to the myth of the Kim dynasty’s infallibility.

“The problem for the North Koreans is that they have virtually deified their supreme leader,” says Marcus Noland of the Peterson Institute for International Economics in Washington.

“So, now you have a situation of horrendous, systemic human rights abuses and that deified leader is being held responsible. And for the North Koreans, it’s not just the humiliation of having their system in effect indicted by a 400-page report, it’s the prospect that this virtually deified leader could literally end up in a prisoner’s garb, in shackles, in front some sort of tribunal in the Hague.”

To be sure, there are good reasons to doubt that Kim would ever be indicted. North Korea is not a signatory to the treaty that set up the International Criminal Court. It has a one-million-man army and nuclear weapons. China would also be likely to veto any action at the UN Security Council to refer North Korea to the ICC.

In any case, North Korea has gone on the diplomatic offensive, doing things that for other countries might be considered the standard business of international relations. But for this reclusive Stalinist dictatorship, they’re unprecedented.

In late October, a top North Korean diplomat held an on-the-record briefing about human rights in New York. North Korean officials took part in proceedings at the UN related to this issue. Pyongyang has signaled that it would be willing to allow the US Special Rapporteur to visit the country. Some experts see the recent release of the American prisoners — Kenneth Bae and Matthew Todd Miller — as part of this effort.

It is too early to tell whether the North Koreans are actually treating their people any better as a result of all this. But Roberta Cohen, co-chair of the Committee for Human Rights in North Korea, says something is changing.

“It’s always been assumed that they are impervious to human rights criticism, but I believe that we’ve now seen that that’s not the case,” Cohen says.

The resolution drafted by the European Union and Japan includes a recommendation to refer North Korea’s leaders to the ICC. Cuba wants to amend the resolution to remove language about crimes against humanity and accountability.

“They are trying very hard to have the resolution be gutted of its most powerful provisions,” Cohen says. “Any removal of those paragraphs is protecting, not the people of North Korea … but protecting the Kim regime.”