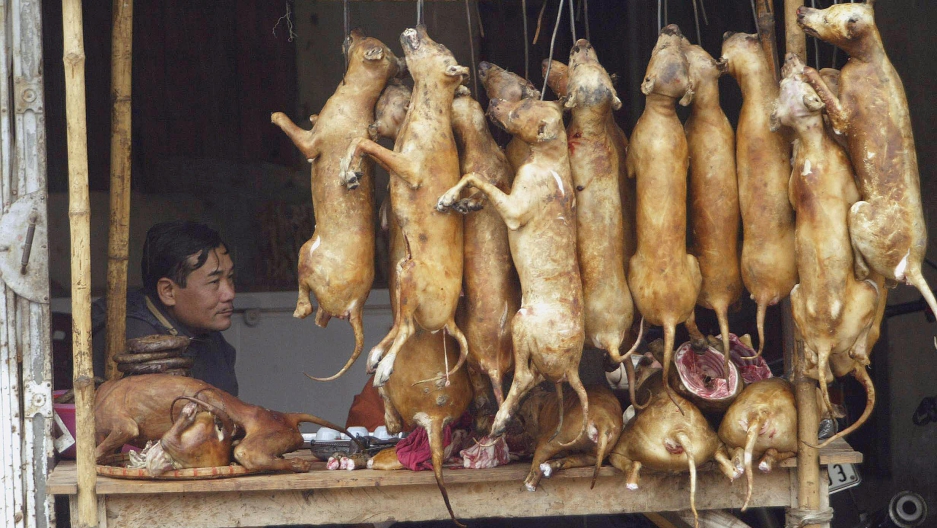 BANGKOK — Snatching up dogs and selling them to Vietnamese slaughterhouses is foul and dangerous work. Now, the criminals who ply this trade have invented a grisly weapon to make their job easier: makeshift tasers powerful enough to subdue a fleeing canine.

Vietnam’s dognapping gangs sell their prey to abattoirs as black-market meat for roughly $5 to $10 per head. That’s good money in a country where toiling for minimum wage rakes in less than $5 a day.

But seizing dogs off the street requires both nerve and stealth. A tried and true technique requires two people: one drives a motorbike; the other, riding on the back, wields a makeshift metal lasso — a wire loop attached to the end of a pole.

Dogs’ necks are snared in the lasso and the animal is dragged behind the speeding bike.

As one dog thief explained to the news outlet VietnamNet: “I will pull the dog for five to seven meters until it is tired ... then I cover its mouth with tape, tie its four legs and put it into a sack. Everything must happen fast without any sound.”

To create the weapon, a metal spike is wired to a motorbike battery. The spike is then fixed to a long wooden pole (often with a crude pistol grip) and used to shock dogs into submission.

Dog snatchers are fixated on speed and silence, for good reason. If caught, they can face the lethal fury of an entire neighborhood.

Tales of dog thieves brutally kicked and clubbed to death by locals have flooded Vietnam’s press recently. In the last two years, at least 15 men have died from spontaneous mob beat-downs that can draw hundreds of people, including the elderly.

Vietnam has a taste for grilled dog, sold legally in roadside stalls throughout the coastal nation. A large portion of Vietnam’s dog meat supply is sourced through a grey market based in Thailand, where eating dogs is taboo.

The GlobalPost series “Dog Meat Mafia” exposed a network of collectors who roam Thailand’s vast rice-farming heartland, snatch unwanted dogs with near impunity and smuggle them into Vietnam, where dog meat sells for triple the price of pork.

Still, dog thieves are deeply reviled in Vietnam. In the countryside, dogs are valued as sentries; in the cities, an increasing number of families keep dogs as pets. Some see dogs as family members. Others see them as livestock. But all despise the gangs who creep into villages and steal them.

Mobs who capture and kill dog snatchers in the streets are often unrepentant. In March, when two dog thieves were surrounded by hundreds and bludgeoned to death in a central province, police arrested 10 people for the crime, according to the Thanh Nien news outlet.

But their local commune was enraged to see their own neighbors punished for what many saw as a righteous act. So nearly 70 more locals confessed to the crime — some older than 80 — and defied police to lock all of them away.

Smuggling in dogs from Thailand is also a low-risk enterprise. Traffickers only face fines for customs evasion or failing to vaccinate canine livestock; animal cruelty laws don’t apply. As one Thai lawmaker explained to GlobalPost: “There hasn’t been a crackdown because the officials, the police, they all take bribes.” One Thai mayor described the dog smuggling trade as “selling garbage to foreigners for a profit.”

With so little police action, neighborhoods furious with dog snatchers are thus incentivized to extract justice through mob beatings. And with vigilante attacks on the rise, dog snatchers are further incentivized to arm themselves. Homemade tasers or stun guns serve a dual purpose. They can zap canines into submission. They can also scare human pursuers into backing off.