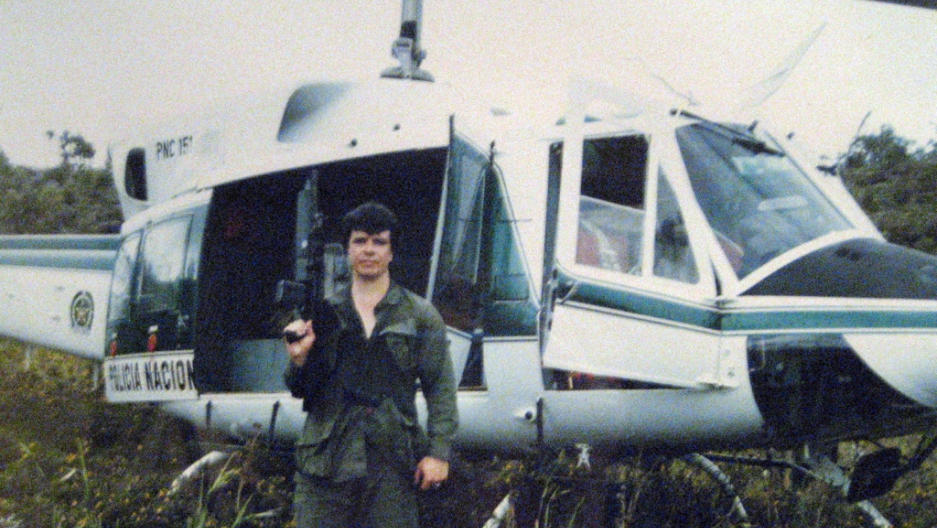 Veteran DEA agent Mike Vigil has published a book with details from inside the drug war.
Credit: Mike Vigil
Share

MEXICO CITY — Anti-drug agents are usually extremely cautious about spilling the beans on their secret world, which lies somewhere between espionage, police work and battlefield.

But here’s a rare inside look, offered by a veteran of the drug war. Mike Vigil, the Drug Enforcement Administration’s former chief of international operations, served more than three decades in the agency, including 18 years abroad, and more time than any other DEA agent in Mexico.

Vigil’s known as the agent who best infiltrated Mexico’s and Colombia’s violent cartels. And he lives to tell the tales.

He has many thrilling ones: pretending to be a trafficker and setting up cocaine deals; working to take down corrupt soldiers and police; watching a drug lord offer him $3 million for his freedom, and smiling as he turned it down.

But, no doubt, the DEA is a controversial operator. The US government has spent billions to break up narco networks in Latin America and elsewhere, only to see millions of Americans still abusing drugs. Some of the agency’s tactics, at times backed by elite military operatives, have also come under criticism.

And times have changed since Richard Nixon declared a “war on drugs” in 1971. US citizens in many states are even voting to legalize pot. On this issue, Vigil is a defender of the DEA’s official, prohibitionist line about marijuana being a highly addictive gateway drug — claims that are increasingly disputed.

Still, whatever the debate, agents like Vigil have some of the sharpest inside knowledge of drug cartels wreaking havoc on the Americas.

In a recent interview, GlobalPost asked Vigil to dish on some crime family secrets and to explain why he still backs the drug war. Excerpts follow. GlobalPost: How did you first become a DEA agent?

Mike Vigil: I was always very interested in law enforcement. I grew up watching TV programs such as “The Untouchables,” “Dragnet” and “FBI.” I went to New Mexico State University, which was just south of my hometown and one of the few colleges that offered a four-year degree in police science criminology. I graduated with honors and looked at different law enforcement agencies. The one that attracted me was the DEA as it gave me the opportunity to work both in the United States and abroad.

How did you pull off the drug trafficker act?

Spanish was my first language and I didn’t learn English until I started school. I picked up the Mexican trafficking jargon very quickly. They have their own code words, their own way of talking. When I was working undercover I would totally expunge from my mind the fact that I was an undercover agent and, quite frankly, I transformed myself mentally into a drug trafficker. I thought like them, I acted like them, I spoke like them, and that prevented them from noticing any nervousness. There was no perspiration, and I knew how to answer all of their questions in a way they could not check on the story and check my bonafides.

What’s the closest you’ve come to losing your life?

I was working on a case in Caborca, Sonora, Mexico. I had met with a trafficker and negotiated to buy several tons of marijuana. Mexican federal agents moved in to make an arrest. A Mexican fed came and put his gun to the trafficker’s chest.

The trafficker grabbed the barrel and got leverage. He pulled back the gun so it went off and shot the fed in the head. I saw a splat of blood go up in the air. He turned quickly and fired two rounds at me from 3 feet with the federal agent’s gun. [Vigil wasn’t hit.] It all happened in two to three seconds. Then he went down. I was fortunate to have survived because I did an enormous amount of undercover work.

What motivated you to take this risk?

The big thing was that I enjoyed playing the chess game. It was the ultimate game of cat and mouse where somebody was going to win and somebody was going to lose. And it was the adrenalin rush, it was incredible. You really have to curb that situation. Because you find yourself taking more and more chances to get a bigger rush, and that is when it really becomes deadly. Agent Vigil with a drug shipment. (Courtesy of Mike Vigil)

How did you arrest Juan Ramon Matta Ballesteros, the Honduran trafficker convicted in the kidnapping of DEA agent Enrique “Kiki” Camarena?

We tracked him to a house in Colombia. When we went in he started to run and jumped over a wall. I jumped after him and he was on the floor with a 9mm. I took out my gun and I was going to kill him, and he said, “Don’t shoot. I can get out of a prison, but I can’t get out of a tomb.” … Then he proceeded to offer me three and half million dollars if we turned him loose. He said he could have the money there in 20 minutes. Obviously, we told him to shove it. Later on the plane to the jail, he said, “I want to congratulate you because no one has been able to capture me in 20 years."

What do you think of accusations that the CIA was involved in Camarena’s killing or was negligent?

No, that is not correct. We know that it was the Guadalajara cartel. There are all kinds of allegations but there was never any evidence that I saw and I was pretty actively involved in that investigation. I’ve worked closely with the CIA and they would never do anything like that, involving themselves in the murder of a US agent. That would never happen.

I think it has done a very good job. It has carried on with the legacy of [former President] Felipe Calderon in trying to make an impact on the drug trade. Obviously it has resulted in a lot of violence, because a lot of the drug cartels were crippled, so others want to take control, and a lot of innocent people die as a result.

How about the release from prison of drug lord Rafael Caro Quintero, also implicated in the killing of DEA agent Camarena?

The situation with Caro Quintero was pretty tragic. He is a killer, a complete psychopath, who has no respect for human life. For him to be released after killing Kiki Camarena and a multitude of other people is a travesty of justice. … I would have to say that it was corruption by the judge.

The information that I have is that Ismael “Mayo” Zambada is running the organization. … He has the ability, he is widely respected by the organization, he knows who the sources are for cocaine, and other drugs, and has a great understanding in all the aspects involved in cultivation, transportation and distribution.

What do you think of the use of soldiers to fight drug traffickers and the risk of civilians being killed, as in a recent case in Mexico state?

The military are good at using force but the military are not trained investigators, so when they go on these raids and arrest situations, they often destroy evidence. That may weaken the case against these cartel heads. What’s your take on the marijuana legalization in two US states and in Uruguay, and high-profile criticism of the war on drugs?

Legalized marijuana is a tragedy. … Marijuana is highly addictive and has been proven to be a gateway to other drugs. What kind of message are we sending to our partners like Mexico and Colombia that every year lose hundreds of police officers and military personnel [at the hands of narco gangs] when we legalize drugs in the United States?

I think we need a very balanced approach to the drug situation where we have to work as a community. Families, the church, the school[s] and independent organizations have to work together to try to reduce the demand. You have to start educating children at a very early age in terms of the issues involved in taking illicit drugs.