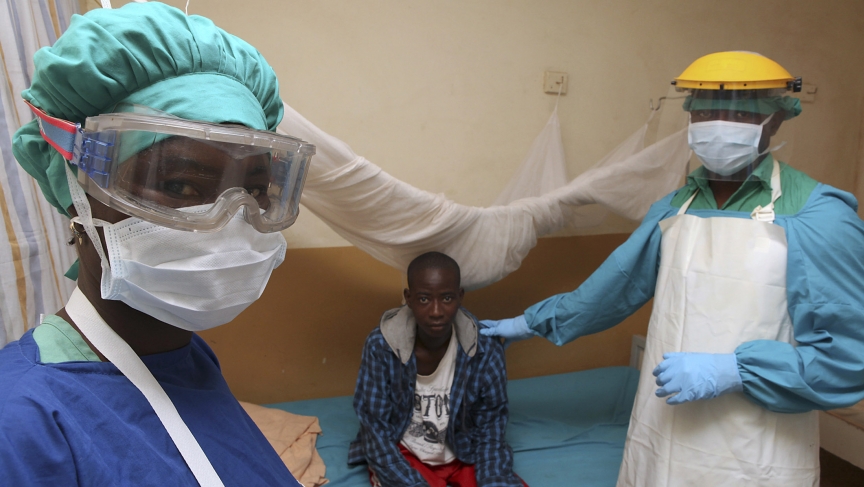 For months, the entire world has had its collective focus on West Africa. While Ebola continues to ravage the region, there’s another, more common illness that tends to cause problems around this time of year — Lassa fever.

Like Ebola, Lassa is a viral hemorrhagic fever, but its origins are different — the disease is hosted in a rodent native to sub-Saharan Africa.

“Lassa, although it can be very dangerous, is often milder than Ebola,” explains Dan Bausch, an associate professor in the Department of Tropical Medicine at Tulane University.

With Ebola, around 60 to 70 percent of patients die — with Lassa, that percentage is closer to 20 or 30. Still, Lassa fever is a looming threat for West Africans, specifically in the late winter months.

That could prove to be a problem for healthcare workers in the region, as health centers are predictably crowded with Ebola patients. There's another problem: The two illnesses present with strikingly similar situations.

“It’s entirely possible that someone could be admitted to a treatment center thinking that they had Ebola and actually have Lassa,” he continues. “So there’s the possibility for a person to get contaminated or infected with Ebola virus, or a person with Lassa to infect someone else with Lassa, if they’re both in there thinking that both patients had Ebola.”

But when it comes to combating Lassa, there is one option healthcare workers have that they don’t have with Ebola — a treatment. It’s an IV drug called Ribavirin that the patient takes for 10 days. Although it has been around for a long time, it isn’t widely available in West Africa — but that’s starting to change.

“Through the programs and research that we’ve done in parts of West Africa ... we’ve been able to through the ministry of health and governments there make that drug available there for over a decade now,” Bausch says. “So that’s the good news for it.”

But health workers are already overworked and underprepared trying to fight Ebola, which makes preparing for Lassa Fever a difficult task. And as has been the case with the Ebola outbreak, many of the doctors and nurses who treat Lassa patients — especially in places like Kenema in Sierra Leone — die from the disease themselves. But Bausch has some hope that health workers will have enough time to prepare before the dry season begins.

“We need to get the diagnostics in gear ... and be ready to distinguish these two syndromes,” he says. “It would be naïve to think the outbreak will be over in two or three months, but I think we can hope that the capacity has been stabilized and the outbreak for Ebola is a little bit under control, and that will leave us ... a little bit of time to focus and be aware of Lassa and treat it when we need to.”