“I wish I was born Mexican,” Morrissey once said to a Las Vegas crowd during his 1999 ¡Oye Esteban! Tour. According to many Mexican Americans, the feeling is mutual.

The former front man of The Smiths has one of the most loyal fan bases in music. But some of the most loyal “Moz” disciples come from an unexpected group — young Mexican Americans. There's a whole universe of fan conventions, club nights and tribute bands that tap into the Morrissey-Mexican love affair.

For the uninitiated, Steven Patrick Morrissey is a singer-songwriter from Manchester, England. He rose to fame with The Smiths during the 1980s and continued his career through the 1990s with solo albums. And while it might seem odd that a white, effeminate, working-class Brit who sings about Oscar Wilde would attract such a fan base, it’s no coincidence.

First of all, Morrissey is a first-generation immigrant. He was born of Irish parents but raised in England — a topic he addresses in the song "Irish Blood, English Heart."  It’s a split identity that many Mexican Americans identify with.

“Being raised in a country where you’re supposed to be an American, but you’re Mexican culturally, you’re kind of between two things,” says Marina Garcia-Vasquez of Mex and the City, a New York City-based online community for Mexican Americans. “You can’t really relate to your own family because you have your own interests.”

A feeling of alienation often comes with this identity, says Garcia-Vasquez, who was raised in San Jose by Mexican parents. And no one knows alienation like Morrissey. His lyrics tackle loneliness, death, nuclear war and generally being miserable — all delivered with his characteristic wit.

“It goes to show something about Morrissey — his angst, being a part of the ‘other’ that … first-generation immigrants to this country can relate to,” she says. 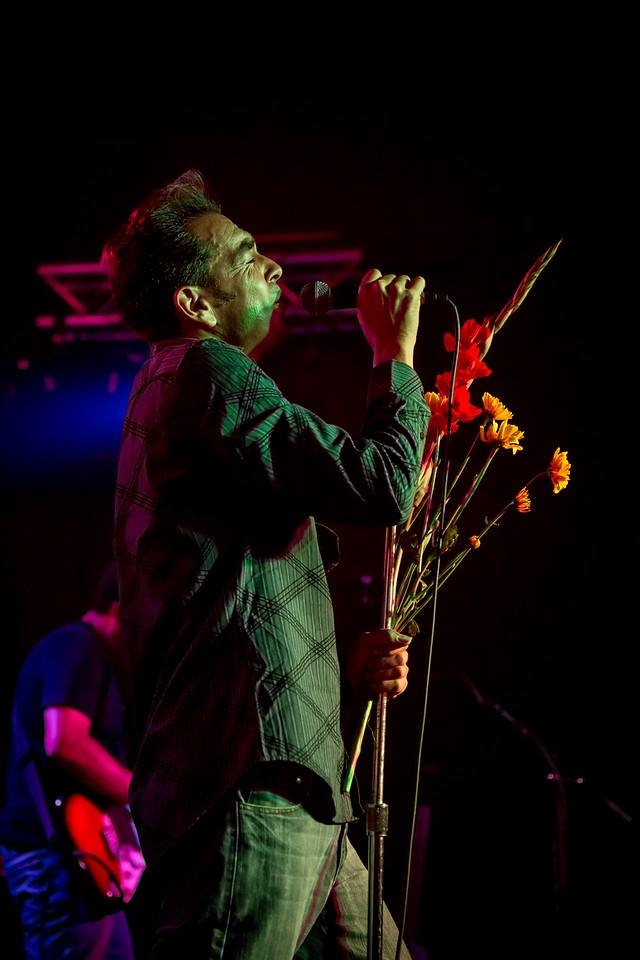 Jose Maldonado, lead singer of The Smiths/Morrissey cover band Sweet and Tender Hooligans, peforms holding a bouquet of flowers in September 2014. One of Morrissey's trademarks is to toss flowers into the audience, a practice Maldonado said he learned to imitate for his shows.

As a teenager, he found that same angst in Morrissey's music, which quickly became an obsession. Now Maldonado has become the self-proclaimed “Mexican Morrissey," the lead singer of Sweet and Tender Hooligans, a Smiths-Morrissey tribute band that’s been performing for over 20 years.

But there might be a more technical reason as to why Mexicans love Morrissey — his music evokes the classic ranchera genre that relies on romance, morose metaphors and slow-moving ballads.

“It’s a big part of the culture to sing and cry, and to really belt out full emotion,” says Garcia-Vasquez of Mex and the City. “A lot of that has to do with links to love lost. A lot of corridos or ballads have to do with not being good enough for your intended love.”

She also sees the links to Morrissey's music. “I think there’s something to be said that it resembles not just ranchera music, but mariachi in general,” she adds. “You go to any cantina or space where there is mariachi, or any given birthday party, and you have men and women singing and drinking and crying to their lung capacity for every celebration that we have.”

As part of her work with Mex and the City, Garcia-Vasquez once helped organize “Mex Moz” club nights in New York. Along with tracks from The Smiths and Morrissey, DJs would play classic Mexican ballads.

“People come to our party and the one thing that they say is, ‘This is the music I used to listen to alone in my bedroom,’” she says. “Our DJs will turn down the song itself so people can sing together and hear each other in unison.”

Morrissey himself has acknowledged the connection with his Mexican fans. He noted the phenomenon in the song “Mexico," and he's also praised Mexicans — albeit in a way only Morrissey can: “I really like Mexican people. I find them so terribly nice. And they have fantastic hair, and fantastic skin, and usually really good teeth.”

And Fernando Lions, a Brooklyn-based tattoo artist and Moz fan, remembers one concert in Mexico where Morrissey really went all out.

“He had taken the Mexican flag and had put it around his waist, like a dress or a skirt or a towel,” he recalls. “It was sort of rude, but sort of sweet. It was really odd.”

And to be honest, rude, sweet and odd is kind of Morrissey in a nutshell.

A previous version of this story misidentified Marina Garcia-Vasquez's hometown.