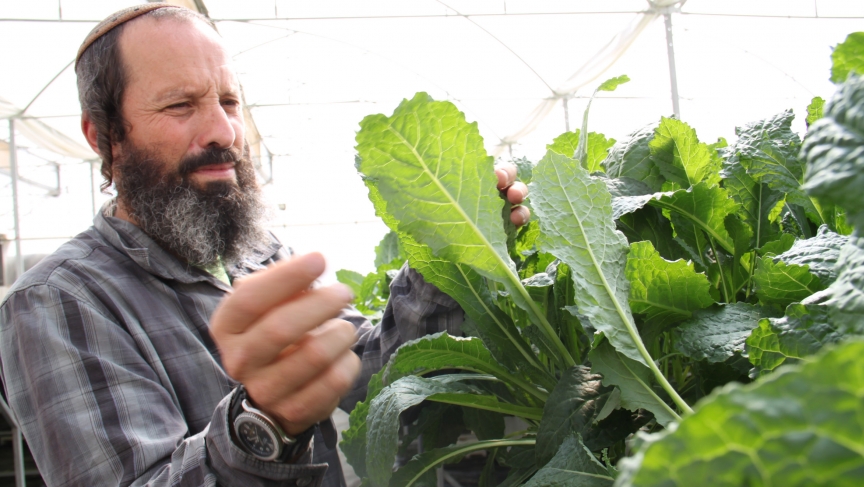 In the desert community of Bnei Netzarim near the Egyptian border, organic farmer Gilad Fine shows off his greenhouse featuring lettuce grown hydroponically on raised platforms.

Jewish farmers in Israel are facing a unique challenge this year: How do you follow a Biblical commandment to give your lands a rest, while making sure people have veggies to eat?

The tradition comes from the book of Leviticus: “Six years thou shalt sow thy field, and six years thou shalt prune thy vineyard and gather in the produce thereof. But in the seventh year shall be a Sabbath of rest for the land," it commands.

And according to the Jewish calendar, that seventh year began last month on Rosh Hashanah. There are some 6,700 Jewish farmers in Israel today — Jewish tradition says the commandment only applies to the Holy Land — but only a few hundred completely abandon their fields.

One of them is on the side of a highway in southern Israel. It's completely parched, with dry sunflowers and sunflower seeds scattered on the ground. There's a big yellow poster that says “We observe the shmita year,” using the Hebrew term for the seventh-year sabbatical. 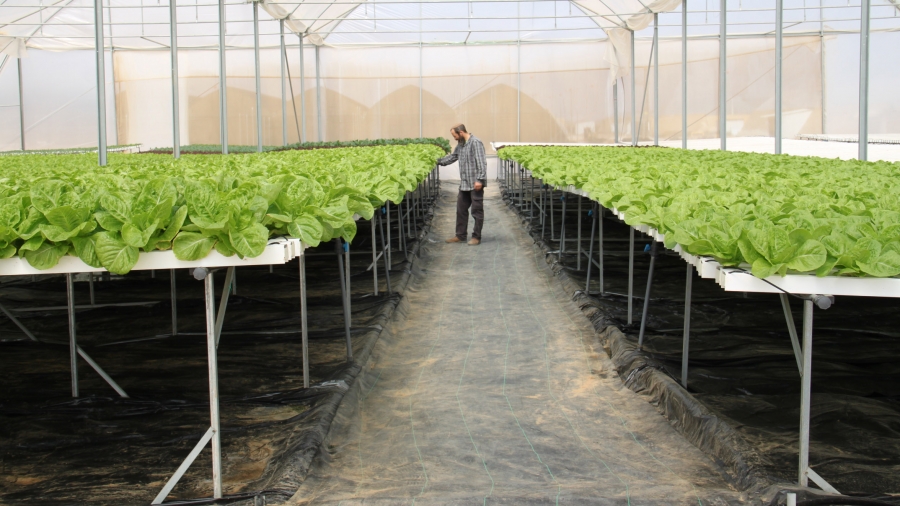 In the desert community of Bnei Netzarim near the Egyptian border, lettuce is grown hydroponically on raised platforms to adhere to the biblical mandate that land lay fallow.

So if only a couple hundred farmers abandon their fields, what about the others?

It turns out they've discovered some clever loopholes. Some have adopted a technique called hydroponics: growing plants in troughs flowing with nutrient-rich water instead of soil.

“The root system is not close to the land, and there’s no relationship here between the land and the root,” says organic farmer Gilad Fine. "So then we are keeping the shmita in certain way, by not using the land.” In the desert community of Bnei Netzarim near the Egyptian border, Fine grows rows of lettuce this way, on raised platforms.

“So, the fact that this lettuce is not actually in the land, it’s sort of like a trick?” I ask him.

“I wouldn’t say it is a trick," he says. "It’s a solution so we can feed people and we can keep the shmita."

But doesn't that miss the whole point? He doesn't think so. “The idea of this commandment is to understand where all the wealth [is] coming from,” he says. “I see this year as a blessing of all what God [is] giving me. What I am growing and selling comes from him.”

Fine says the the sabbatical year gives him “more understanding, more awareness, to see where all the wealth is coming from, and to appreciate it, for sure.”

In the back of the greenhouse, he grows organic kale without soil: a trendy vegetable growing according to ancient biblical law. “What I am trying to do here is to take technology, to take faith, to take organic — ancient times, modern time and healthy time — and to add them all together,” Fine says.

But fancy above-ground growing operations take lots of money and effort. So other farmers who want to observe shmita sell their fields to the government. In a modest ceremony last month, the government sold the fields on to a non-Jewish Israeli, a 25-year-old Russian immigrant named George.

That means that the farmer can continue to market their produce to Orthodox Jewish customers, because the fields technically aren’t Jewish. In other words, a little bit of legal acrobatics.