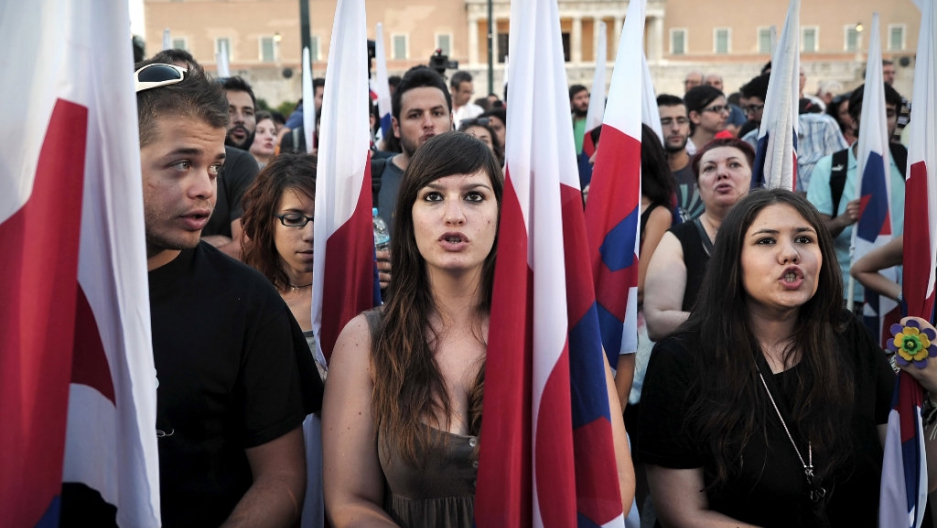 As youth unemployment spirals into crisis levels worldwide, solutions are increasingly relying on stakeholders from varying sectors to come together, push for reform and innovate on a global scale, according to panelists at a policy forum on the issue, held Oct. 15 in Washington, DC.

“This has risen to the level of what we call a grand challenge that needs to be addressed in a very complex and coordinated fashion,” said Wayne Holden, president and CEO of the research firm RTI International, which hosted the forum.

The forum covered educational reforms that would better prepare millennials for the current job market and the role businesses can play in directing and funding career programs. The four panelists of varying backgrounds talked about innovations that have succeeded in getting young people employed and, above all, the need to forge partnerships that could take those innovations to a nationwide and global scale.

More than 74 million young people are unemployed worldwide, according to a 2014 report by the International Labour Organization. The global unemployment rate among 15- to 24-year-olds is almost three times as high as the rate for adults, according to the report, and more than 400 million jobs will need to be created in the next decade to keep up with the growing labor force.

“When you think about the ramifications of this crisis that we’re facing, they’re dire,” said Calvin Sims, the panel moderator and president and CEO of International House, a youth-centered nonprofit based in New York City. The International House will host a solutions-focused conference on youth unemployment, "Generation Jobless," in partnership with The GroundTruth Project and other major media partners on Oct. 24.

“If we don’t have a coordinated effort to address this, we’re going to have a generation of young people whose future is really not so bright,” Sims said.

It was in that spirit of collaboration that RTI announced the creation of the Global Center on Youth Employment, a new initiative that brings together partners from academia, the private sector, the donor community and nonprofit organizations to find solutions to the crisis. The idea, said Aaron Williams, executive vice president of RTI’s International Development Group, is to use these partners’ expertise and resources to come up with ways to provide the youth with skills that are relevant and marketable in today’s economy.

The center will serve as a platform for otherwise disconnected research and programs around youth employment to share data, methods and results to one another, Williams added. The goal is to build a system that integrates education, technology and economics to help young people be better prepared to face a weakened job market, he said.

“There are a lot of initiatives out there … but we’ve seen it very fragmented. There’s not been any connective tissue pulling these efforts together,” said Andrew Baird, RTI’s senior economic growth specialist and a panelist at the forum. “The goal of this center is to become that connective tissue.”

The need for those connections revealed itself in the panelists’ experiences. Benafsha Tasmin, a student at SIT Graduate Institute and an intern at RTI, spoke of how young people in her native Afghanistan have struggled to find jobs. Even those who complete their studies discover too late that their education didn’t provide them with employable skills, she said. Besides that, Tasmin added, young people have almost no information about what kinds of skills they should be developing to make them more desirable to employers.

“The students cannot relate what they are studying at school to the real world,” Tasmin said.

The situation in the United States is not too different, said Brad Stam, vice president and COO at ConnectED: The California Center for College and Career. “We have a 19th-century academic system … that is trying to prepare students for a 21st-century world,” he said.

Government can help close that rift by changing the education system to reflect the demands of the job market, Stam said, but such a huge overhaul will take time. At the local level, however, authorities can encourage partnerships within the community by giving incentives to programs geared toward teaching students relevant skills, he said.

Cristina McGlew Castro, regional manager for Latin America and the Caribbean for Cisco Systems, agreed for the business sector: When given incentives to work with the government, the academy and other sectors to create an "ecosystem of innovation," she said, businesses are more likely to invest in career development programs for young people.

Only by engaging in such collaborations can any single organization hope to make a dent in the youth employment crisis, Stam said.

“No one sector can do it alone,” Castro said.

More on GlobalPost: Generation T.B.D.: Despair and opportunity for millennials in an uncertain global economy