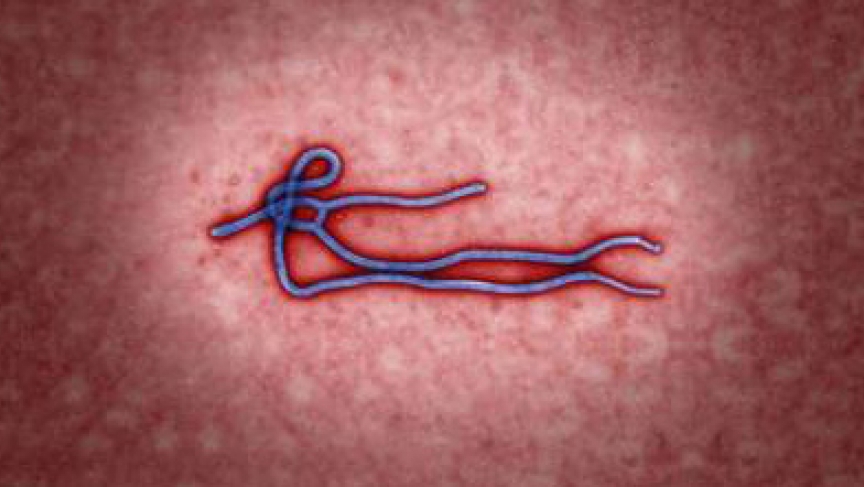 A close up of the Ebola virus

No matter how much the Ebola epidemic is in the news, we all still have lots of questions.

We asked you all to share some of your questions with us, and we turned to Dr Emmanuel d'Harcourt for answers.

D’Harcourt has a lot of first-hand experience with the disease: He's senior health director for the International Rescue Committee, which is helping treat victims in West Africa. He helped explain some of the pervasive questions that many people are still asking about the disease. We edited some of his answers for clarity.

Can you catch Ebola from something as simple as a handshake?

Absolutely — from human sweat. Practically speaking, though, it’s important for you to understand that very few of the infections have come from something as simple as a handshake. Almost all of the people who’ve been infected have had much more prolonged contact, or much more intense contact — or contact with someone who’s actually very sick, and presumably has a much higher concentration of the virus.

But if that handshake does transfer sweat, and you put your hand into your eye to itch yourself, then you’ve got a problem, right?

Correct. That’s why in West Africa, what’s now becoming very prevalent is that no one is touching. So you don’t have that handshake in the first place. Then the other thing is that after any kind of contact — for example, if you’ve pulled a chair to sit down at a meeting — people will wash their hands with some kind of alcohol, or water and soap. It’s not that the Ebola virus goes through your hand at that very moment. The problem is when you rub that hand into your eye or touch your mouth with it, and then the virus comes in contact with a mucus membrane.

So it can’t pass through your skin?

No. The only way it can get through the skin is if you have some kind of cut.

But the skin has lots of little cuts. So does it have to be a big cut to get infected, or just any kind of opening?

The risk is proportional to the cut. So if you have a big opening, that’s much more of a risk than a tiny cut. But a break in the skin that’s not visible to the naked eye would be extremely unlikely to be an opening for Ebola.

So how long does the Ebola virus stay active and dangerous in bodily fluids after they leave the body?

People have cited a figure of up to two hours, so that has people worried. It’s a lot better than Hepatitis-B, which can survive more than a week. But again, there’s very little — if any — documentation of people who have gotten ill because they have just sat in the chair of someone who is symptomatic.

The one thing that seems to be happening is that vehicles, particularly taxis, are used to carry people — often extremely sick people, or dead or dying people. Those taxis aren’t thoroughly washed afterwards, and there might be enough fluid from somebody who is actively bleeding or vomiting that there you have a serious chance of contamination.

But in terms of routine contact, of being in a place where an Ebola patient was before you — the chances of getting infected that way are minimal.

You cannot pass Ebola on during the incubation stage, which last up to 21 days. It’s only when you’re symptomatic. Is that correct?

That’s correct. That’s linked to the fact that the symptoms correspond to the virus being replicated on a wide scale in the body. So when you’re not symptomatic, the virus is not going into the sweat, blood and bodily fluids. Of course, bodily fluids are not being shared widely at that point.

It’s a great positive that at least we know the danger we’re facing.

What happens to your body when you’re infected with Ebola? What is Ebola actually doing to your body?

We’re still at a phase where we’re trying to understand all that Ebola does, but we know certain things that it definitely does do.

First of all, Ebola cells seem to concentrate in the liver. But what we observe about Ebola is primarily because of its effects on the cells lining our blood vessels. And it does a number of things. It replicates, and disables the immune system, which allows the virus to escape detection, and escape the wrath of our immune system.

Then it kills those blood vessels. Eventually the virus replicates enough inside the cell, that instead of just putting out small particles as it does initially, it actually makes the cell explode.

Once a person is infected with Ebola, there are two narratives. You either die, or you beat it. So if you do succeed in beating Ebola, what exactly is a medical professional doing to keep the body from being overtaken by the virus?

Treatment is supportive. So the principle person doing the fighting of Ebola is the patient themselves. And it’s a little bit a race against time, with the immune system. If the immune system is able to get the better of the virus, then progressively the virus becomes less active, less effective in suppressing the immune system, and the patient wins the fight. If however the Ebola virus is able to replicate a lot, what happens is that the patient isn’t able to mount an immune response. Then the leakiness of the blood vessels and also the destruction of the blood vessels — which leads to some of the bleeding that is commonly associated with Ebola — takes over and the person can’t function. Their liver stops working. Often their kidneys stop working. And then they can’t put up a defense any more, and the virus just keeps on replicating.

When that notorious bleeding part of the Ebola infection starts, is it pretty much over?

Pretty much. There are cases of people recovering. But the bleeding is an ominous sign. Most of the people who recover seem to not go through that bleeding phase.

I’m curious about those people who do recover, what factors contribute to their success? Is it age? Health? Fitness? The strength of your immune system? What is it?

I still haven’t seen data as to the age characteristics. But it’s pretty clear those are going to play a role. It seems anecdotally, from what we’ve witnessed in terms of treatment, that very old people and very young people seem to do less well.

It’s clear that nutrition plays a big role. Someone being well-nourished and not being vitamin-deficient in any way, has a big role. And it’s pretty clear how that happens: it has to do with immune function. Most nutritional deficiencies end up having an impact on the body, specifically on the immune system. An example of that is zinc-deficiency, which is common in places like West Africa, and is often unrecognized. That’s a major drain on the immune system. So people who don’t have enough zinc or are even on the low side of zinc, are going to be at a disadvantage in fighting Ebola.

So age is almost certain to play a factor; prior health, and in particular prior nutritional status, is a factor. Then the other thing that seems to be important is at what level the infection is detected, and the person is treated. It does seem that early hydration is very helpful.

YOUR QUESTIONS, WITH ANSWERS FROM DR. D'HARCOURT:

Can the Ebola virus be transmitted by mosquitoes? If not, why not?

No, it cannot.  Transmission by mosquito requires the ability of the virus or other organism to be adapted to this particular form of transmission, which means that it would be the right size, and survive in the mosquito gut.  There are no cases of Ebola being transmitted by mosquitoes.

Is it true that Ebola cannot exist in cold climates like Minnesota in the winter?

Unfortunately, Ebola can exist in places such as Minnesota, because it lives inside the human body, which is roughly the same temperature regardless of where people live, and is transmitted from person to person.  Presumably the virus would survive less long outside the body in a Minnesota winter than it does in West Africa, but it could certainly exist.

It’s important to note that there are several other reasons why an outbreak of Ebola in Minnesota is close to impossible, including the fact that most Minnesotans have faith in their government and public health system, and would take the precautions needed to stop any spread.

If you survive, what kind of immunity do you have?  Lifelong?  Against all variants of the Ebola virus?  How soon could help in an Ebola treatment center?

This is an important question, to which there are no definitive answers.  There is even debate about whether Ebola survivors have short-term immunity, though the bulk of the evidence, including from this outbreak, is that they do.  There is no evidence that the blood of one recovered patient can help current patients, and some evidence from monkey experiments that it does not.

WHO initially recommended using the serum of recovered patients in West Africa to treat new patients, which reportedly led to a black market in survivor serum.  However, this intervention is no longer recommended and has the potential to put patients at risk for other disease transmitted by blood.

The presumption is that any immunity from illness will not protect from other strains of Ebola.

Recovered patients can leave as soon as they have two negative Ebola tests, which typically is around three weeks from the onset of illness, and should have no restriction on contact with others.  The only restriction is for male patients around sexual activity (see answer to the question below). However, because of questions about immunity, there is no formal recommendation at this time for them to work in treatment centers or other venues where protection would be a benefit, such as orphanages housing children whose parents have died, and who are still under observation. This may change as more information is gathered. It’s also important to note that patients sometimes take months to recover their full strength.

If you survive, can you continue to infect people, perhaps through sexual transmission?

For more details on Ebola and how to prevent it, please see the official advice available from the Centers for Disease Control and Prevention.