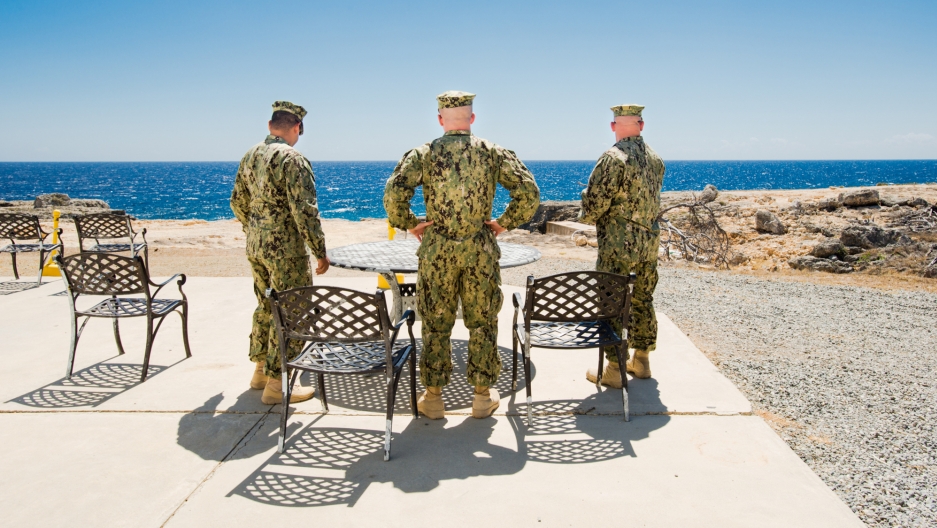 The interior of the Guantanamo Bay prison looks about how you'd expect it to— harsh fluorescent lights, stark walls and dreary, isolated rooms. But step outside of the prison and you'll see bright sun light, the blue ocean and a tropical landscape.

Photographer Debi Cornwall wanted to capture those everyday contradictions at Guantanamo. “It’s a disorienting place," she says. "It feels like a place in between. It is both a tropical paradise filled with imagery reminding us that we are in a beautiful island place, but it’s also a prison.”

That's not the only contradiction she noticed, either. “It looks, to some extent, like a quote-unquote ‘normal American space,' with a McDonald’s and the kiddie pools and the bowling alley. But it’s on Cuban soil," she says. 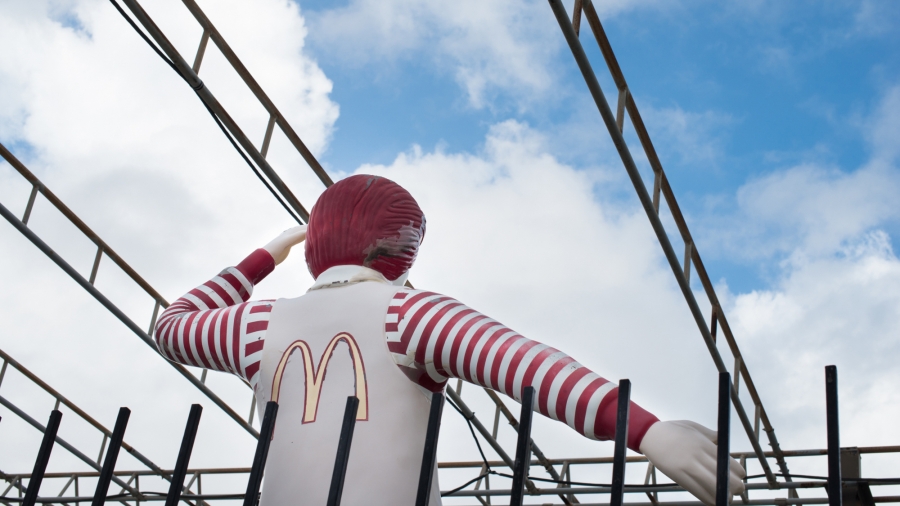 The project — titled “Gitmo at Home, Gitmo at Play” — was Cornwall’s first return to documentary photography after a career as a civil rights lawyer, during which she represented the wrongly convicted in the US.

“Stepping away from litigation, I was interested in looking at some of the same issues that concerned me as a lawyer — but from a new perspective,” she says. “I’m still looking for the details that are emblematic of the bigger picture, somewhat similarly as I did as a lawyer. But it’s very different.”

Getting to Guantanamo as a photographer wasn't easy. It took Cornwall eight months to get clearance. Once there, she had only two days to take pictures. And like all members of the media, she was constantly accompanied by a member of the military’s public affairs office.

Cornwall’s pictures don't include many people: They mostly show the spaces that make up Guantanamo. That’s because of the military’s strict regulations on photography. Cornwall was forbidden to take photographs of anyone’s faces, whether they were a detainee, a guard or a civilian.

The only opportunity to see a detainee’s face in the prison, she says, was through a one-way window, making her work that much harder.

“I’m looking to connect with people, although that’s very challenging at a place like Guantanamo Bay where you don’t have any access to the inmates and very limited access to the guards,” she explains. “It’s that much more difficult to convey the human experience when you can’t photograph someone’s face.” 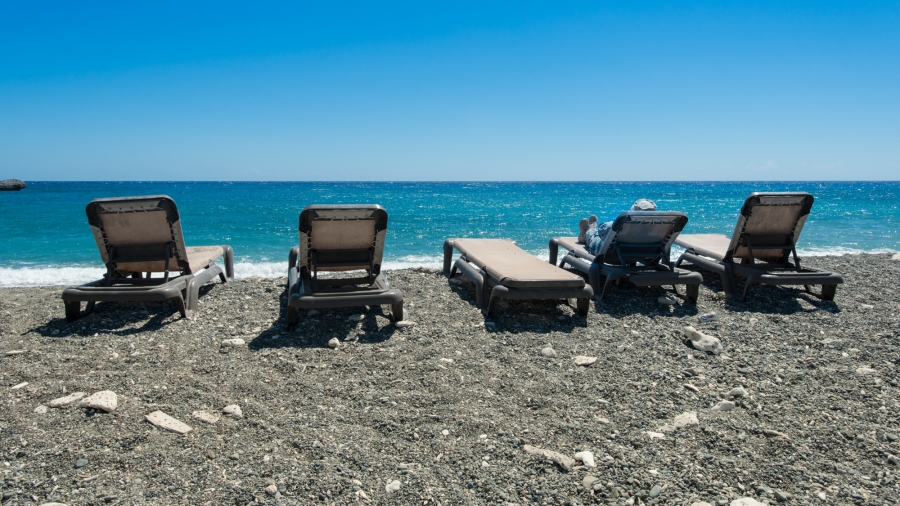 Yet at the start of her trip, she was told by military personnel that “Gitmo is the best posting a soldier can have. There’s lots of fun to be had here.”

“I thought, ‘Fine. Show me the fun, and I will photograph evidence of that experience,’” she says. She recalls one photo depicting a guard in full camoflauge uniform reclining on a lounge chair on the beach.

While the lives of the guards and those of the detainees are far from equivalent, Cornwall says, the two groups share one experience: neither choose to live there: “Life for both groups is defined by routine, by order, and by boredom.”