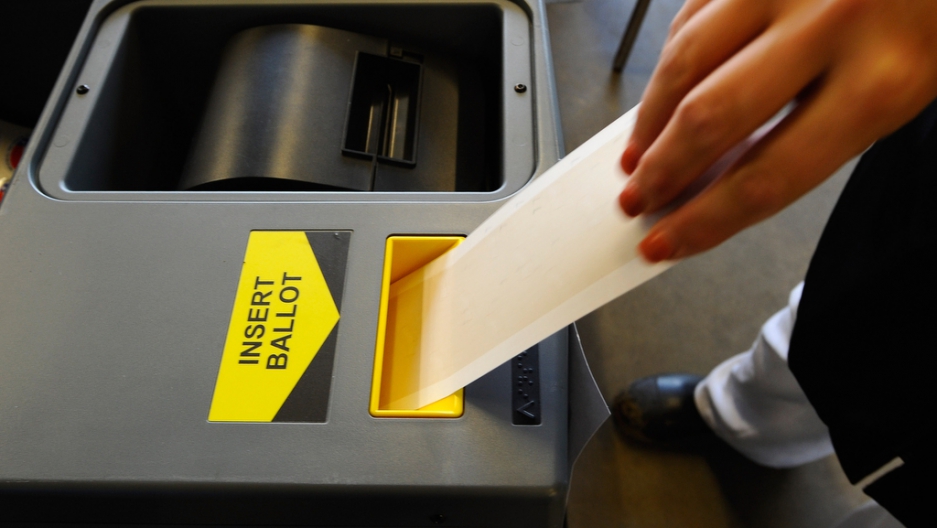 Voters cast their ballots for the mid-term elections at the Lifeguard headquarters in the Venice section of Los Angeles, California, on Nov. 2, 2010.
Credit: Kevork Djansezian
Share

If you've been following the ongoing Brazilian elections, you might have heard that voting in Brazil is mandatory. That might seem weird to citizens of the United States —where only 58 percent of eligible voters cast ballots in the 2012 presidential election — but it's the way things are in 21 nations around the world.

Using data from the CIA, we've created a map that shows which countries have compulsory voting laws, along with information about their requirements of restrictions. Should you decide not to cast your ballot, the consequences vary by country.

In Mexico, for example, there are no formal sanctions for not voting but there's plenty of social stigma. Belgium, meanwhile, has sanctions on the book but hasn't enforced them since 2003.

Other places are more strict when it comes to meting out democratic punishment. Australia, which made voting mandatory in 1924, requires non-voters to show up at polling stations and check their names off a list. Failure to do so can result in fines between $17 and $44. In Greece, not voting can keep you from getting a driver's license or passport. In Bolivia, one of several Latin American countries with compulsory  voting, you need to get a voter ID card stamped to prove you cast a ballot. Failure to provide evidence of voting can get your salary frozen. Intense.

If you truly dislike the democratic process, just be patient. In several countries, voting stops being required once you reach a certain age, usually around 70.