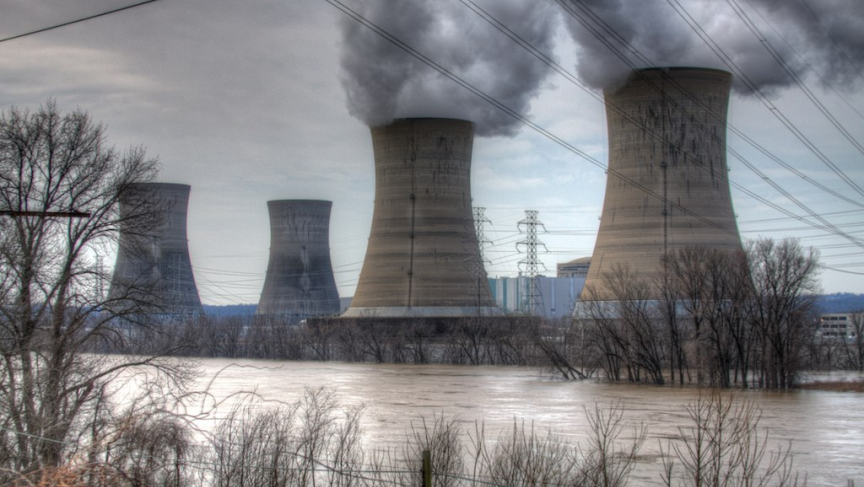 All the waste from America’s nuclear power could fit in a city block, and nuclear power plants don't release greenhouse gas emissions. Yet the US hasn’t completed construction of a nuclear reactor in more than 30 years.

Christine Todd Whitman, former Republican Governor of New Jersey, and administrator of the EPA under George W. Bush, says its time to change this. She is a strong advocate for the use of nuclear power and co-chairwoman of CASE, the Clean And Safe Energy Coalition.

Nuclear energy today provides about 19 percent of the overall energy mix in the US, but more than 60 percent of the clean energy, Whitman says. “We feel this is something which people should be aware of. They don't really know about it. They have a lot of questions.”

CASE aims to answer those questions. Whitman pushes back against those who say it’s better to invest time and capital in renewable energy like wind, solar and tidal, because nuclear is so expensive to build. “We need all those sources,“ Whitman contends. "[But] right now, we do not have a way to store [solar and wind] energy. [They] only work when the sun is shining and the wind is blowing, and all of them require back-up power. We want reliable power 24 hours a day, seven days a week.”

That back-up power is inevitably either coal or natural gas, she explains. “Coal is not the cleanest form of energy, to say the least, [and] natural gas, which is good and plentiful at the moment, is also a pollutant — it's polluting when you're extracting it and also when you're producing power from it.”

“Nuclear is the only form of back-up power that releases no greenhouse gases or other regulated pollutants while it's producing power,” she argues. “From that clean energy perspective, it's one of the most attractive sources.”

Once up and running, nuclear power is one of the least expensive to run, on a per-kilowatt basis, Whitman points out. “It takes a very small amount of uranium to make a lot of power. Therefore you can enter into long-term contracts for uranium and lock in your costs, which is something you can't do with natural gas.”

The other main obstacle to nuclear power is safety. The odds of a nuclear accident are vey low, but the consequences are enormous, as the world learned from the events in Chernobyl and Fukushima. The US government has also failed to agree on how to store waste.

Whitman acknowledges the risks, but says safety is not the issue it once was. “Waste is safely stored on sites now,” she maintains. “[It’s] either in above-ground holding ponds or heavily reinforced concrete bunkers. For every 10 tons of nuclear waste there are 100 tons of concrete and steel around it. ... So they’re not terrorist targets.”

The US also has the most highly regulated nuclear industry in the world, Whitman says. “The Nuclear Regulatory Commission is really the gold standard worldwide for safety and it's always trying to raise the bar.” Nuclear opponents disagee, saying that the American design of nuclear power plants, primarily the work of the company Westinghouse, remains flawed and vulnerable to meltdown. Whitman disputes this.

“I think Westinghouse would argue that they are using the best and safest technologies,” she says. “One of the real advancements is in an automatic shutdown process. If anything goes wrong in the reactor, it can shut down before you get to that issue of a meltdown.”

A crucial innovation came after 9/11, Whitman says, when the Nuclear Regulatory Commission said that all operators should eliminate "co-location" of the power supply and the nuclear reactor itself. At Fukushima and Three Mile Island the power to maintain the system was cut off, leading to an internal melt-down inside the reactor. Increasing protection for the power generators, or placing them in a more secure location, could help prevent this in the future.

Even if Whitman’s group is able to convince people that nuclear power is safe, the economics are still very shaky. Because the up-front cost is so high — $4 to $6 billion dollars per reactor —  the market is largely unwilling to fund it, necessitating huge subsidies or loan guarantees from the government.

Four new reactors are currently being built, in South Carolina and Georgia. According to Whitman, the companies building them indicated they would have gone ahead with construction even if they had not received loan guarantees from the government. She says this is an encouraging sign.

“Once these four get up — if they continue to move forward, they’re within budget and on schedule — then I think people are going to say, 'OK. We can do these things,'“ Whitman believes. “Then the market’s going to open up, without a signal from the government. I would hope all [the government] says is, ‘We want clean, green, affordable, reliable energy.” Period. The end. Then we would see, I think, a real move forward on nuclear because it makes so much sense.”