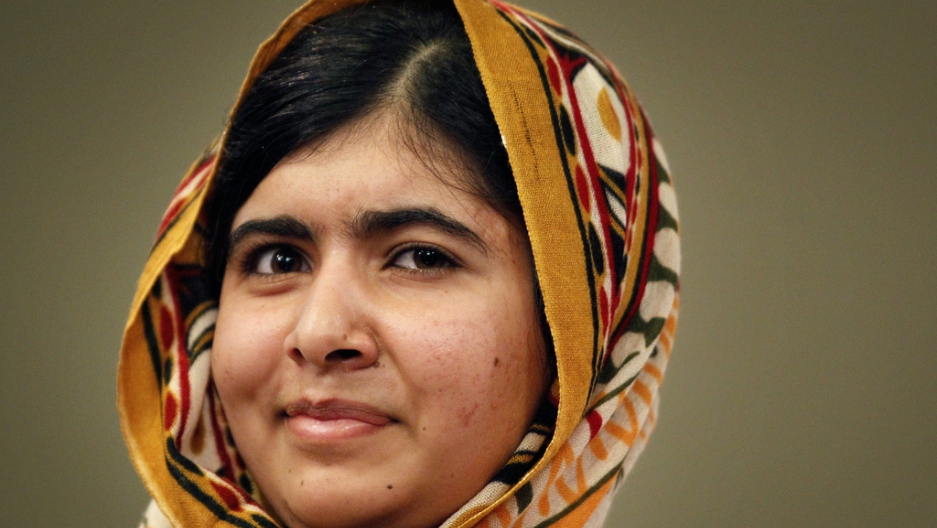 Malala Yousafzai, then 16, poses for a photograph after being honored with the International Children's Peace Prize in the Hague, Netherlands, on Sept. 6 2013.
Credit: BAS CZERWINSKI
Share

After 17-year-old Malala Yousufzai won the Nobel Peace Prize on Friday, Pakistan's Prime Minister Nawaz Sharif was quick to declare her the "pride of Pakistan." Other politicians followed suit, commending Yousufzai for her bravery despite the odds.

What none of them promised was a renewed focus on education, the cause for which the teenager nearly died two years ago.

Malala was shot by the Pakistani Taliban in October of 2012 on her way home from school in Swat district. The Taliban believed that Malala, who championed women's education and empowerment, was a threat to their way of life.

She survived the attack, and has become a symbol of resistance and hope around the world for women's right to education. At home in Pakistan, however, she took on a very different reputation, often accused of maligning Pakistan's name for her own fame or for being a pawn of the Western media. The Pakistani government, while publically congratulating her, never worked to disband these rumors. Conspiracy theories run rampan in Pakistan and people debated whether Malala had ever really been shot, theorizing that the CIA had planned the entire event — or that Barack Obama somehow engineered the story to garner international support for his inherited War on Terror.

"I know the Minister of Education in Sindh," one man told me in July, as we sat in a hospital waiting room. "He says Malala Yousufzai is ruining everything. All of the politicians kiss her hands, make her sound like God, but what is she other than part of a Western conspiracy aimed at making Pakistan look bad?"

Pakistan's politicians have generally positioned themselves as supporters and fans of Malala, calling her an ambassador from the nation to the rest of the world. The feel-good story of a young girl challenging the country's most public enemies looks good for Pakistan's politicians — they're easily able to ask for more funding, to garner financial support to fight against the Taliban. But while these politicians have decried the acts of the Islamic fundamentalists who sought to stop her activism and fight for girls' education, they've done little to counter the Taliban, or to lift up Pakistan's girls.

Nearly a quarter of children here between the ages of 6 and 16 are not in school. Half of the children enrolled in fifth grade cannot read at a fifth grade level and can barely perform basic arithmetic.

It's not that education isn't a national concern. During the most recent national elections, each of the contending parties promised to raise the percentage of Pakistan's federal education budget to 4 percent of the country's GDP; a standard that most of the world follows. However, independent watchdog groups found that only 18 percent of the funds went into improving education — most of the funding went into simply paying teachers and keeping the schools that were open functioning. There was barely any investment into increasing access to schools, revising the existing curriculum, or auditing teachers and schools receiving the bulk of government funding. Moreover, evidence overwhelming pointed towards money being funneled into ghost schools — empty buildings where no students actually attended class. Though the numbers looked good on paper, they belied an actual interest in the welfare of the government education program.

This year, after promising to focus harder on educational objectives, the federal ministry actually cut funding for education. Accounting for inflation, spending is 11 percent lower than it was last year.

Teachers working in Pakistan's government schools report frequent delays receiving their paychecks. Sometimes they wait months to get paid. In the classrooms, curriculum is inconsistent, and textbooks are dated.

The world should celebrate Malala's victory. Pakistan shouldn't just yet.

More from GlobalPost: 12 Malala quotes that will make you want to give her the Nobel Peace Prize over and over again