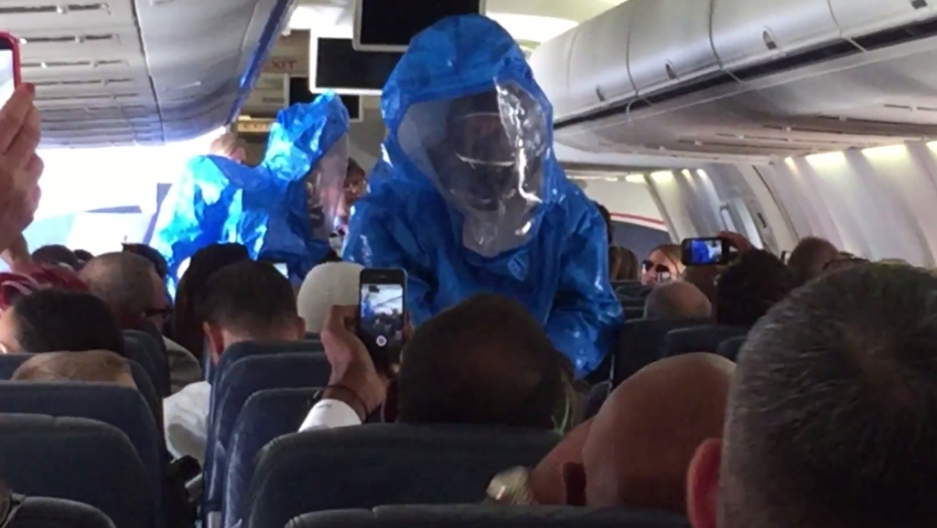 Fear about Ebola — warranted or not — is definitely ramping up.

The overall death toll stands around 3,865. Nearly all of the deaths have taken place in West Africa, which is several months into the worst Ebola outbreak in history. Two recent deaths in the United States and Spain have raised concerns that — despite repeated assurances by public health authorities — the outbreak could spread overseas.

Much of the anxiety has come since the death of Thomas Eric Duncan, a Liberian man flew to Dallas on Sept. 20 while infected with Ebola. He had no symptoms but had been in direct contact with an infected woman back in Liberia. He died on Oct. 8.

Since Duncan's case came to light, airports in the United States have announced new screening measures. But that's not reassuring everyone. At LaGuardia International Airport, workers who clean airplane cabins have gone on strike, afraid that they could come into contact without bodily fluids carrying the disease.

And it's in this climate of anxiety, misinformation, and human error that this video appears. It was filmed on an Oct. 8 flight from Philadelphia, Penn. to Punta Cana, Dominican Republic. While in flight, an American passenger apparently sneezed or coughed and then joked about having recently been in Africa.

Of course, the guy hadn't been in Africa and didn't have Ebola. Here, in shaky smartphone video form, are the incredible repercussions of it all: