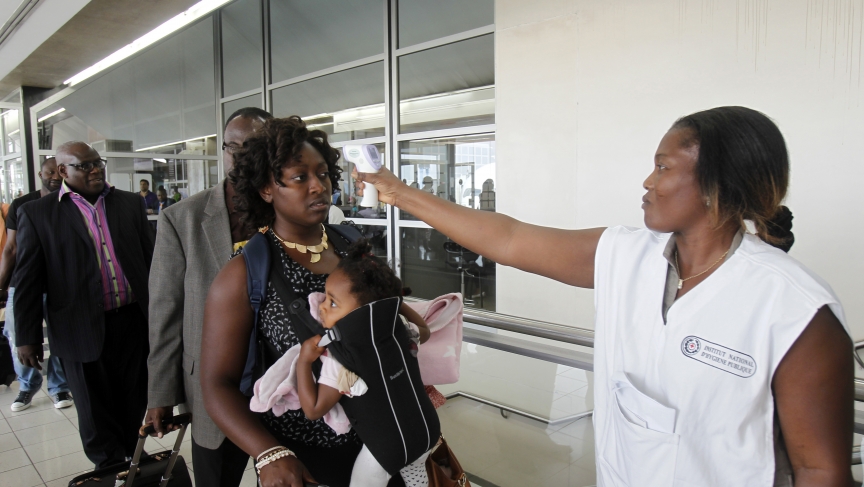 US government officials are treating the Ebola virus as a top national security priority, and none more so than lawmakers like Sen. Chuck Schumer.

On Wednesday morning, Texas Health Presbyterian Hospital in Dallas announced the death of Thomas Eric Duncan, the Liberian man who contracted Ebola before traveling to the United States. Between his case and one recently diagnosed in Spain, Schumer is calling for increased measures to fight the disease both at home and abroad.

"When people come from one of the Ebola hotspots in West Africa to America, [officials] ought to do two things,” Schumer says. “One, they ought to take their temperature. They’re doing that in the West African Ebola hotspots, but it may not be reliable.”

He's also calling for the CDC do thorough questionings of people traveling from the region. “We ask that they do extensive screenings,” Schumer says. “The CDC is very good at sitting down with someone and going through a list of all the people they’ve seen, who they’ve met."

There are already some steps taken to screen individuals traveling from West African nations: Those passengers fill out a form that asks where they started traveling, if they stopped in another place along the way, and where they are headed one they are cleared to enter the United States.

But Schumer says those efforts aren't going far enough: "They may not realize they’ve been in contact with the Ebola virus, or they may be deceptive about it."

The Department of Homeland Security announced on Wednesday that agents would in fact start looking out for travelers for "general signs of illness" at points of entry into the United States. But the department did not detail what specific steps it will take, and temperature-taking and enhanced questioning weren't mentioned in the announcement.

Sen. Schumer says that screening a person that is traveling from an “Ebola hotspot” — places like Liberia, Sierra Leone and Guinea, where the virus has killed around 3,400 people — is important because she may develop symptoms during her journey. Catching such people on arrival, he says, would allow officials to spot the disease early on.

Schumer insists the number of screenings would be manageable: “Almost anyone who comes from West Africa lands in one of four airports, so the focus can be on those.”

In Schumer's view, the situation in Dallas justifies such measures. “One person with Ebola came into Dallas and the whole area was sort of paralyzed and almost panicked,” he says.

“I want to underscore that panic is not necessary here — the CDC does a very good job," he says. "But when it comes to something like Ebola, both because it’s such a horrible disease and a hard-to-cure disease once you have it — and because it’s spreading such fear — you can’t be too careful. An extra layer of caution makes sense.”

While Schumer is calling for additional measures, he stops short of endorsing a travel ban for all West African nations.