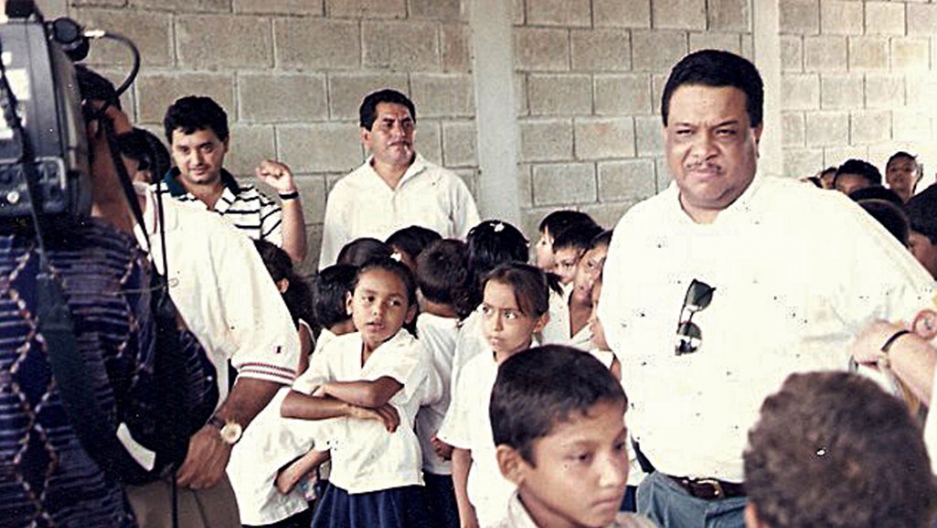 BOGOTÁ, Colombia – Weeks after the June 2013 kidnapping of Aníbal Barrow, the host of a morning talk show on Globo TV in Honduras, his mangled remains were found in a lagoon. It was rumored that the Mexican-based Zetas drug cartel had fed some of his body parts to crocodiles.

The Barrow killing was one of the more grisly cases included in a special report published Wednesday by the New York-based Committee to Protect Journalists, or CPJ, on the dangers facing reporters in Honduras. The report found that organized crime and corruption have paved the way for an alarming rise in the number of journalist murders. To protect themselves, many Honduran journalists practice self-censorship.

“We try to dodge any investigation related to a crime’s mastermind,” Renato Álvarez, the news anchor for TN5 in Tegucigalpa told the committee. “Why? For fear of reprisal. For fear that they will kill us.”

Unfortunately, stories about the challenges and dangers journalists face in Honduras and throughout much of Latin American could fill a whole newspaper.

In countries like Mexico, Guatemala, Honduras, Colombia and Brazil, the main problem comes from narcotics traffickers and criminal gangs that don’t want journalists digging too deeply into their activities. Elsewhere, especially in countries with left-wing leaders, restrictive new press laws and government harassment have become the biggest obstacles to freedom of expression.

In Venezuela, for example, government currency and import controls have led to a shortage of newsprint forcing some newspapers to reduce their size and others to stop publishing altogether. Under Ecuador’s new media law, officials recently forced an editorial cartoonist to “correct” one of his cartoons that the President Rafael Correa found offensive.

The mounting problems are especially disturbing given that the civil wars and military dictatorships that plagued Latin America in the 1960s, 70s and 80s have given way to an era of electoral democracy in which freedom of expression is supposed to be a founding principle.

“The situation is dramatic,” said Cesar Ricaurte, director of FUNDAMEDIOS, a press freedom organization based in the Ecuadorian capital of Quito. “It is absolutely intolerable for this to be happening in countries that are supposed to be democratic.”

But Lauria admitted that the overall situation for reporters in the region is mostly bleak and that the role of journalists as democracy’s watchdogs is being undermined by transnational criminal groups as well as legal harassment from many of the region’s governments.

True, the press remains much freer than it was when Latin America was dominated by abusive authoritarians – from the monolithic ruling PRI party in Mexico to the Somoza clan in Nicaragua to the military dictators of the Southern Cone. Guerrilla wars raged in many countries and the violence was often used by governments as a pretext to censor the media, shut down TV stations and newspapers, and imprison reporters.

But now, the region’s guerrilla wars have ended except in Colombia. Besides Cuba, every nation in the hemisphere is run by democratically elected governments that operate under Constitutions that guarantee press freedom. So what explains the current hostility?

For one thing, civil wars have given way to an epidemic of violent crime while key government institutions often remain weak, corrupt and ineffective. Drug traffickers and other criminal groups have cowed and corrupted law enforcement and judicial officials. As a result, when criminal gangs target journalists they nearly always get away with it. Impunity reigns.

In Colombia, the Bogotá-based Foundation for Press Freedom (FLIP) has since 1977 registered 142 killings of journalists that were job-related. Of this total, 66 cases have been closed because the 20-year statute of limitations has run out. The attorney general's office could provide no information on 30 cases because the files had apparently been lost or misplaced. All told, there have been just 19 convictions.

As overall levels of violence have decreased in Colombia in recent years, the number of journalist killings has also decreased. However, the number of threats against reporters has increased. In an interview, Pedro Vaca, executive director of FLIP, described the situation for reporters as improving slightly—- from “really bad” to just “bad.”

Impunity is also a huge problem in Mexico, where more than 50 journalists have been killed or disappeared over the past seven years and hundreds more have faced threats. Many regional newspapers no longer cover drug-related crimes out of fear of reprisals.

The influence of these cartels has extended into Central America. Their presence in Honduras as well as political polarization in the wake of the 2009 coup that ousted President Manuel Zelaya have made the work of reporters especially dangerous. Since the coup, 16 Honduran journalists have been killed with at least three in direct reprisal for their work, Lauria said.

Elsewhere in Latin America, the problem is government officials rather than gangs.

In Nicarauga, Venezuela and Ecuador, left-leaning presidents are using the rules of democracy to consolidate power, gain control over all branches of government, and stifle critical reporting. But rather shuttering newspapers or jailing reporters, they have managed to control the press through crafty legal maneuvers.

The Venezuelan government has used laws and regulatory measures to close dozens of broadcasters, censor critical coverage, and sue reporters for defamation. Advertising boycotts as well as government fines and harassment prompted the sale of two major Venezuelan media outlets that were often critical of the government.

The Globovision TV station and Cadena Capriles, which publishes the country’s largest newspaper, were purchased by business interests with close ties to the government of President Nicolas Maduro and have, not surprisingly, toned down their coverage. El Universal, one of the country’s last remaining daily newspapers with an independent editorial line was sold in June to Spanish investors and has also softened its coverage of the Maduro government.

“There are a lot of reasons to be alarmed,” said Marianela Balbi, director of the Caracas-based Institute for Press and Society.

But rather than improving the quality of coverage, the law has often been used to harass and silence news organizations that are critical of the government.

“Self-censorship has become an alarming reality in the Ecuadorean press,” according to a recent analysis by Reporters Without Borders. “Newspapers’ editorial policies, even in politically independent papers, yield to legal actions which constitute a threat to even the mildest criticism.”

For example, Correa recently complained that Ecuador’s four main newspapers failed to provide sufficient coverage of his May trip to Chile where he met with that country’s president and received an honorary university degree.

Today, the four newspapers stand accused of violating Article 18 of the Communications Law that states the media must provide coverage of events of public interest. If found guilty, the newspapers — El Comercio, El Universo, Hoy and La Hora — could be forced to pay thousands of dollars in fines.

But the strangest case involved editorial cartoonist Xavier Bonilla — known by his pen name Bonil — who was ordered in January to correct one of his cartoons depicting a government raid on the home of a journalist. In addition, Bonil's employer, the Guayaquil-based daily El Universo, was fined about $95,000 for printing the drawing.

"How can you correct a cartoon?" Bonil said during in a recent interview. "It's absurd."

In Brazil, reporters face harassment from both government officials and criminal groups. Nine of the 10 Brazilian journalists killed in the past two years had been reporting on official corruption or crime. In addition, politicians, business people, and celebrities have used laws intended to guarantee the privacy of average citizens to silence the media.

The most prominent case involved the family of José Sarney, a former Brazilian president who is now an influential senator. In 2009, the newspaper O Estado de Sao Paulo began publishing articles alleging that Sarney used his position in the Senate to award jobs and give raises to his friends and family.

The Sarneys reached out to a judge, who was a family friend. The judge issued an injunction barring O Estado from publishing any more reports about the allegations or face a daily fine of about $64,000. The injunction remains in place.

“During the dictatorship, a censor would sit in at editorial meetings and say ‘no’ to this story or ‘yes’ to that story,” said Guilherme Alpendre, executive secretary of the Brazilian Association of Investigative Journalism. “But what’s going on now is worse because it exists within democracy.”