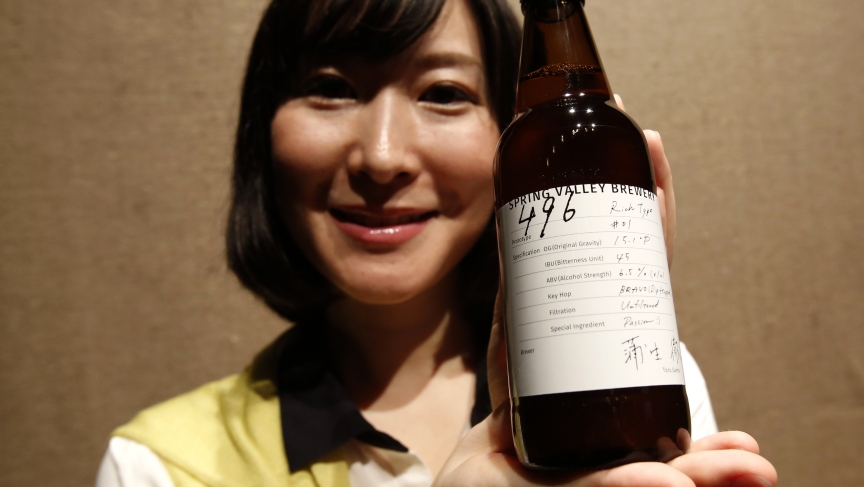 A Kirin staff member poses with its new craft beer product "Spring Valley Brewery 496 prototype," which was launched in July 2014. Craft styles are increasingly migrating from the United States to other countries.
Credit:

When Sean Lewis tells me “there can't be a better time to be an American beer lover,” there’s only one appropriate response I can think of: I’ll drink to that.

Lewis should know. He’s just finished criss-crossing America, dropping in on some of the country's best craft brewers and collecting stories along with samples. “I kept running into a recurring theme,” Lewis says. “Everyone truly loved their job, and was truly passionate about beer.”

Now he’s written it all up in a book called "We Make Beer: Inside the Spirit and Artistry of America’s Craft Brewers," which traces the growth of the industry here in the United States. And there's plenty to write about: The American craft beer market has exploded, and the number of breweries along with it.

Luckily, some kind soul recently placed a review copy of the book on my desk — my reputation as a beer nut precedes me, I guess.

Chapter One made me exceedingly thirsty, so I grabbed a beer — for the sake of the story, people — and kept reading. By Chapter Two, I knew I had to get Lewis on the line for a chat. I asked him to go beyond the United States and talk about how American craft brewers are working with, influencing and inspiring brewers in other parts of the world.

I first noticed an uptick in quality beer traffic between the United States and Europe when I lived in Belgium for a couple of years.

Belgium, for you non-beer folks, is kind of a beer Valhalla. For a beer lover like me to end up there for two years was like giving a starving man a menu. During my stint I managed to get some delicious glimpses of how important the brewing tradition is there. 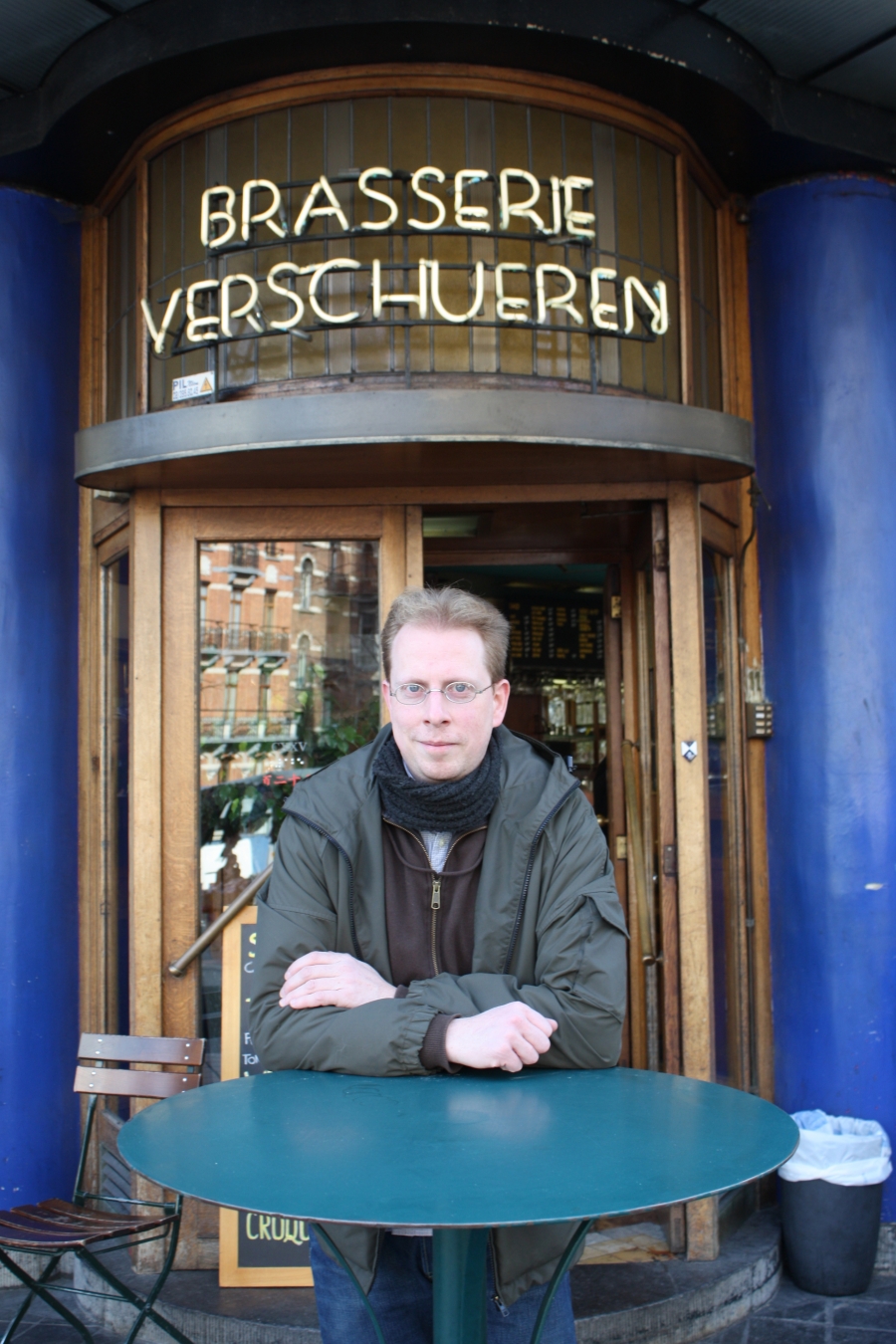 For example, I remember bottling day at the small, family-run Brunehaut Brewery, a couple of hours southeast of Brussels. I spent most of an afternoon there, listening to Marc Antoine De Mees talk about why he decided to save the brewery from bankruptcy a few years ago.

“My two favorite things in the brewery are creating the beers and then explaining to people how I make these beers,” De Mees said. One of his beers, St. Martin’s Ale, is based on a recipe that goes back to the 11th century.

He told me that 20 percent of his business is exporting to the US. “I love to work with Americans because they are curious," he said. "When you come with a new product, they say, ‘Wow, this is great!’ In Belgium, we have so many beers that the people are not curious about about new things.”

But that's slowly changing as American craft styles are migrating across the Atlantic. Take one of my favorite Belgian breweries: Brasserie de la Senne, located right in the heart of Brussels.

Their Jambe de Bois, or "Wooden Leg" in English, is the living embodiment of old world charm combined with new world attitude. And by attitude, I mean hops, which add bitterness to your beer and are a huge part of American craft culture.

“We fight for bitterness in beer,” says Brasserie de la Senne founder Yvan De Baets. “That's the taste Americans like a lot, and you have become specialists at those bitter beers.”

He those kind of beers are a necessary foil for mass-produced beers like Bud, which is, ironically, now owned by a huge Belgian brewing conglomerate called AB InBev.

"Those tastes are killing part of our culture," De Baets says. "So making beer can be a fight for values.”

American brewers are preparing to get even more directly involved overseas. Stone Brewing Co. of San Diego is "building a bistro and brewery in Berlin," Lewis says. "They’re going to be able to ensure their beer is fresh, that their beer is stored and distributed properly in Germany.” Brooklyn Brewery is doing something similar in Stockholm.

And the beer mash-ups aren't just happening between the US and Europe. Lewis cites a connection between Stone and Yo-Ho Brewing near Nagano, Japan. “Their first head brewer, Toshi Ishii, sort of cut his teeth at Stone in San Diego," he explains.

That partnership has produced a mind-bending mix of styles and nationalities. “They have a beer that they're probably best known for here in the US, called Tokyo Black," Lewis says. "It's a porter, and it’s kind of fascinating that a Japanese brewer is brewing an English-style beer based off inspiration from American craft brewers — and with a brewer trained at an American craft brewery.”

That’ll blow your mind and your palate.