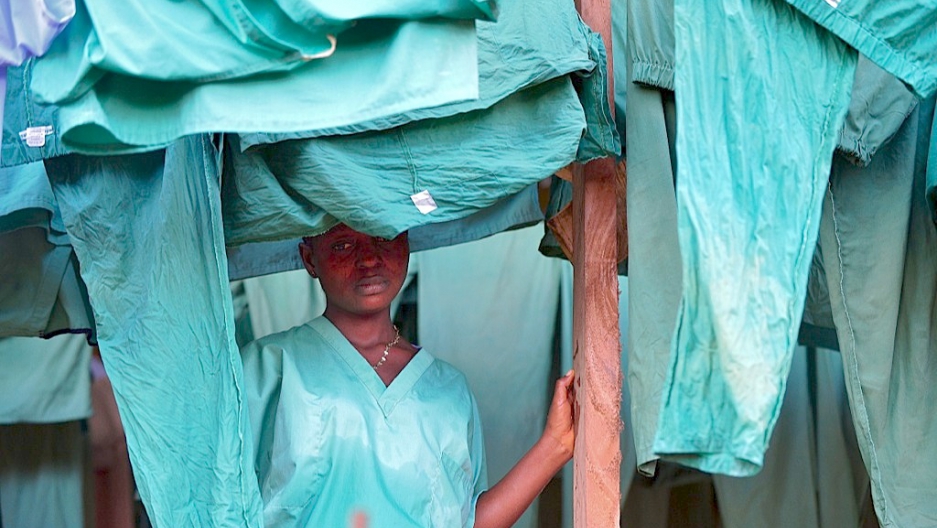 PRETORIA, South Africa — Desperate to stop the unchecked spread of Ebola, the Sierra Leone government has an aggressive plan: lock down its citizens. All of them.

In one of the toughest measures planned so far against the world’s worst-ever Ebola outbreak, the entire 6 million people of Sierra Leone have been ordered to stay home for three days starting Friday, with the military enforcing the directive.

This has been the typical response to a disease universally feared and little understood: quarantine and isolate. But with the number of cases skyrocketing, and President Barack Obama warning this week that the crisis is “spiraling out of control,” there is growing debate about the ethical considerations of these measures.

Frans Viljoen, director of the University of Pretoria’s Center for Human Rights, said a critical question is whether the response to the Ebola outbreak is a rational one, informed by evidence instead of fear.

In West Africa, quarantine measures have led to riots and been largely ineffective. Internationally, canceling flights and banning travel to the most affected countries — Guinea, Sierra Leone and Liberia — has harmed economies and made it difficult to bring in aid.

More from GlobalPost: 18 images that show just how hard it is to treat Ebola

It takes between two and 21 days for Ebola symptoms to appear after infection, making screening difficult.

"All [basic personal rights like the right to accept or decline treatment] may be limited but only if there is a justifiable motivation that substantiates the limitation,” Viljoen said at a discussion on ethics and Ebola.

“You must think about what these measures mean for the population as a whole, for the economies of these countries. If you can take less restrictive means of achieving the objective, you should.”

Human Rights Watch this week said that protecting individual human rights is “a crucial element” in controlling the spread of Ebola in West Africa. Of particular concern, the New York-based group said, are the rights of health workers — who are being insufficiently protected from infection — and the overuse of quarantines that are proving ineffective.

“Adopting overly-broad quarantines and other rights-abusive measures can undermine efforts to contain the Ebola epidemic,” Joseph Amon, health and human rights director for the group, said in a statement.

“The better approach is to ensure that people have access to health information and care, and to restrict liberty or movement only if and when absolutely needed and with the protections outlined under international human rights law."

In August an enforced quarantine in the West Point neighborhood of Liberia’s capital Monrovia led to violent clashes. Quarantine measures have also led to issues such as food hoarding and rioting.

Dr. Andrew Medina-Marino, an epidemiologist who recently spent a month in Liberia with Doctors Without Borders (known by its French acronym MSF), said there is a sense of frustration and “palpable” fear at the center of the epidemic.

He said he found gaps at every level of the response to the outbreak, from a lack of beds and ambulances to difficulties in tracing the contacts of infected people and delays in lab testing.

It is these factors — along with the availability of treatment centers, community education and training of health care staff — that will either help bring the crisis under control or usher in greater chaos.

Medina-Marino praised the US government’s pledge to send 3,000 troops to help fight Ebola, noting that “militaries as institutions typically are the ones that have the capacity for rapid field deployment of clinical centers.”

But it’s the kind of support health workers in West Africa have been seeking, to little avail, for months.

“For a long time there’s been a sense of frustration that the cavalry isn’t coming,” he said.