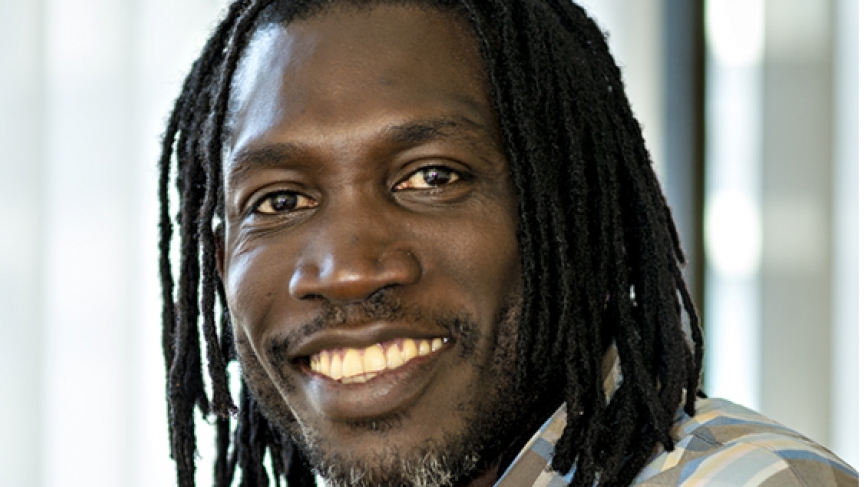 John Abdallah Wambere says he's all too aware of the weight on the shoulders of an openly gay man in Uganda, where homosexuality is illegal. But for Wambere, that burden is suddenly much lighter.

This week, the gay rights advocate from Uganda's capital, Kampala, was granted political asylum in the United States. "I felt like running, jumping, skipping," he says. "I felt like I should raise my hands up and fly and shout out to the world."

Anti-gay laws have been on the books in Uganda since the 1950s, but anti-gay bigotry has ramped up in recent years. Major newspapers have taken to publicly outing and advocating violence against gays, while a new anti-gay act was signed into law last February. It was recently struck down on a technicality, but some Ugandan lawmakers have vowed to reintroduce it.

Given the open hostility toward gays, much of the LGBT community in Uganda remains hidden. In 2001, David Kato, an LGBT advocate who was Wambere's friend, was bludgeoned to death with a hammer. Wambere was one of the men whose photo was splashed across a Ugandan newspaper, and he received death threats.

Finally, in February, Wambere packed his bags and headed to the US to apply for asylum. Now that he has it, Wambere says, he's ready to build a new life. But he worries about the teenage daughter he left behind in Uganda.  "I just want to ensure her safety," he says. "Right now, my family is doing all they can."

Still, Wambere says he sees tolerance in Uganda increasing as younger Ugandans with more exposure to gay people come of age. "The current generation is the only generation that is going to change the future of Uganda," he says.

Someday, he says, he'd like to head back to Uganda and lead a different sort of life. "I would imagine walking with my daughter — after, of course, I've opened up to her and she's understanding that this is who I am."

And he hopes that she'll also be a proud member of this new generation he thinks can change his country: "I want her to be proud of her father, and be able to speak out to defend the rights of the sexually marginalized ... I would also love to see me and my daughter walking the streets of Kampala, free and enjoying our evenings together, perhaps doing errands together. You know: happy."