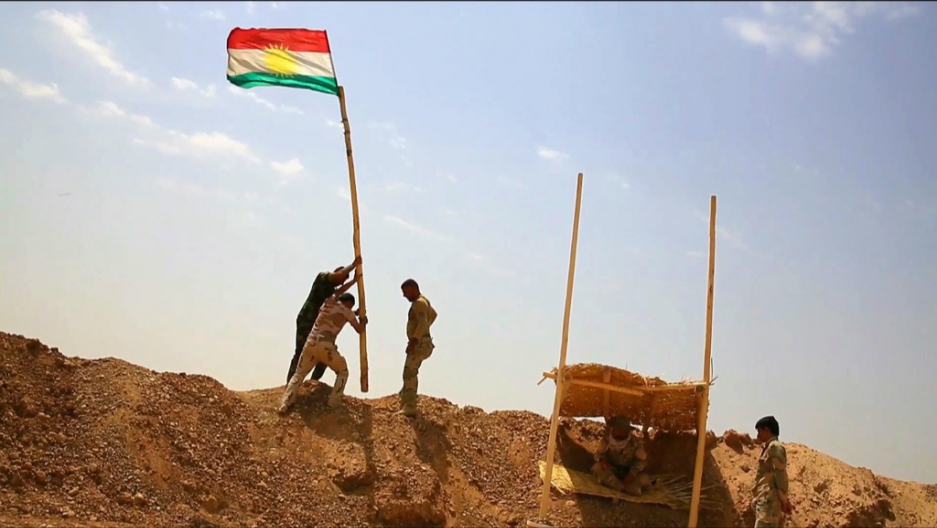 Before the Islamic State took over, the Iraqi government controlled the city of Jalawla. Now the Kurds and Iraqi military are working together to take it back — but which group gets to keep it?
Credit: Tracey Shelton
Share

JALAWLA FRONT LINES, Iraq — As the world tries to cobble together a coalition of the willing to fight the Islamic State (IS), there's already an unlikely alliance of front-line forces working to hold back the violent extremists.

Kurdish forces now share a significant percentage of their autonomous region's border with IS, since the brutal terror group overtook broad areas of Iraq in the last several months.

The IS threat has created some unlikely alliances. Kurdish forces are teaming up with the Iraqi army to retake areas to which they each lay claim. Even more unusual, given the two countries' antagonistic history, Iranian troops are providing ground support to Iraq from the south, while the US — usually at odds with Iran — is providing fighter jets to bomb IS positions from above.

But will this coalition hold together for the protracted battle that is likely ahead?

More from GlobalPost: This is Obama's motley crew to counter the Islamic State