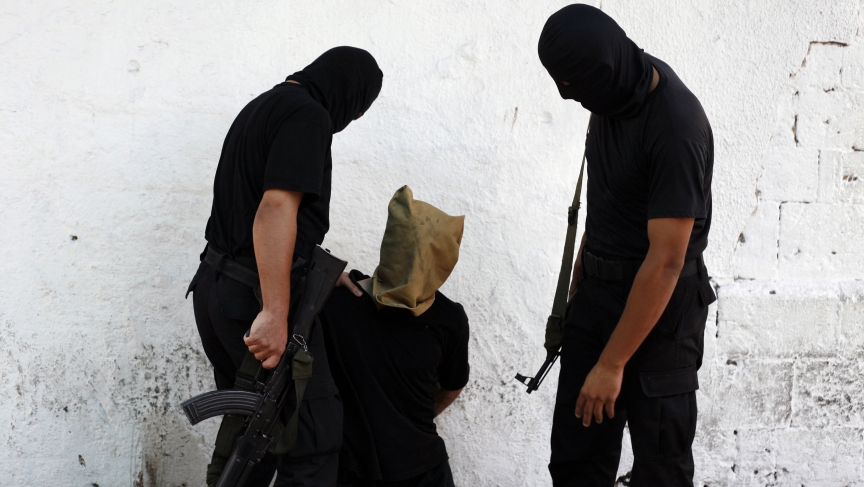 Even with plenty of recent bad news from Gaza, events in the territory on Friday were particularly shocking: Hamas, the militant party that controls the Gaza Strip, dragged seven suspected Israeli collaborators behind a mosque and shot them, execution-style, in public.

The executions came after three top Hamas commanders were killed by an Israeli airstrike this week. The three men — Mohammed Abu Shamaleh, Mohammed Barhoum and Raed al-Attar — traveled covertly, often underground, with very few people knowing their whereabouts. Losing them "was a huge embarrassment for Hamas,” says reporter Daniel Estrin in Jerusalem. “And it demonstrated just how deep the Israeli intelligence has penetrated this organization.”

There's even suspicion that Israel has a mole inside Hamas, Estrin says. But if information was passed to Israel, no one yet knows who did the passing.

“We don’t have any idea who these people are,” he says. “They could have been people already in Hamas jails who were suspected of spying for Israel and just brought out and killed." They might also have been members of the rival Fatah party who have been captured and tortured in the past.

Hamas says they aren't announcing the names of the people they executed in order to protect their families from retribution. But Estrin thinks the identities are less important than the message Hamas is putting out: You can't escape punishment for helping Israel.

Israel relies on Palestinian informants on the ground in Gaza, though no one knows just how deep or wide the informant network goes. Estrin says one of his sources did talk with him about the network, albeit cryptically. But Estrin could infer from the informant’s words that there are fewer informants in Gaza than the number of so-called informants executed by Hamas during the war.

The low number is due to the difficulty of recruiting people in Gaza: The place is pretty much sealed off. With no Israeli presence in the area, Israel can't do much recruiting, and would-be informants can't get in touch with potential handlers.

It’s still uncertain what the deaths of Hamas leaders might do to the organization's fighting force. Plenty of rockets were fired at Israel on Friday, including one that killed a 4-year-old Israeli boy. But Estrin says some analysts in Israel think it will be difficult for Hamas to find and train good replacements for these top commanders.

Between the loss of top officers and the prospect of Israel intelligence coups, Estrin says, the news "really has Hamas jittery right now."