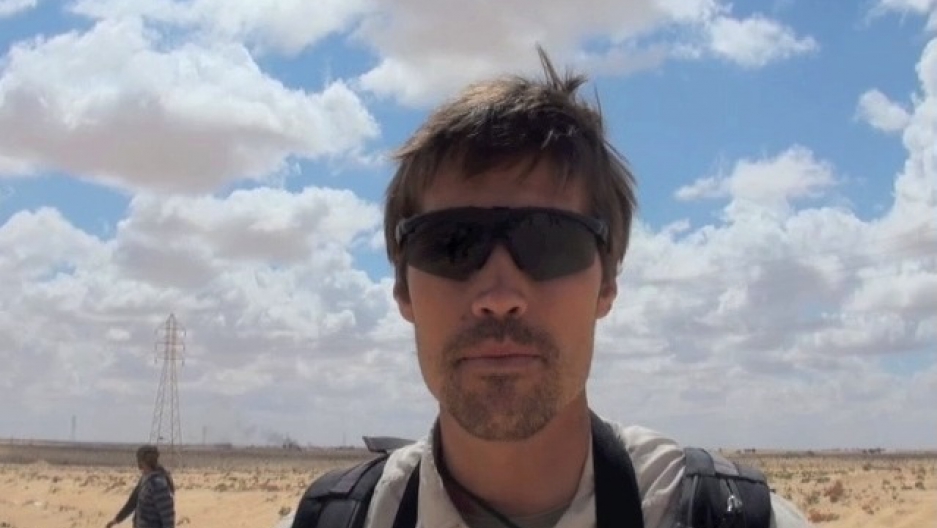 On Tuesday, Islamic State militants released a video depicting the execution of freelance journalist James Foley, who reported for GlobalPost, Agence France-Presse and other news organizations.

The intelligence community has confirmed the video is authentic. Our deepest thoughts are with the Foley family and Jim's friends.

We ask our audience to consider refraining from watching or sharing the video of Jim's killing or its associated images. The video is a graphic work of propaganda, intending to terrorize the public at the expense of an impartial, credentialed journalist whose objective was to chronicle the suffering in Syria, where more than 170,000 people have been killed.

Jim cared deeply about the victims of war, and the rights of people living under oppressive regimes. He was an old-school reporter, who traveled light, talked to the locals and put the story first. His conflict reporting — from Afghanistan to Libya to Syria — exemplifies the intrepid and selfless work of someone willing to risk his life so the world could understand the horrors of modern war.

But first, meet James Foley, speaking to GlobalPost after his release from detention in Libya.

May 25, 2011 — James Foley recalls his captivity under Gaddafi

Now, check out more of his fearless original reporting from the field.

March 28, 2012 — Exclusive footage of the Syrian Army's assault on Saraqeb

Sept. 17, 2010 — On Location Afghanistan: A firefight in Kunar Province

And here's a sample of James Foley's written work for GlobalPost:

Surviving tanks, snipers and a broken economy, one Libyan family looks to the future

Without international help, a disorganized and ill-equipped rebellion would have little hope

In Libya, a young rebel army struggles to fight back