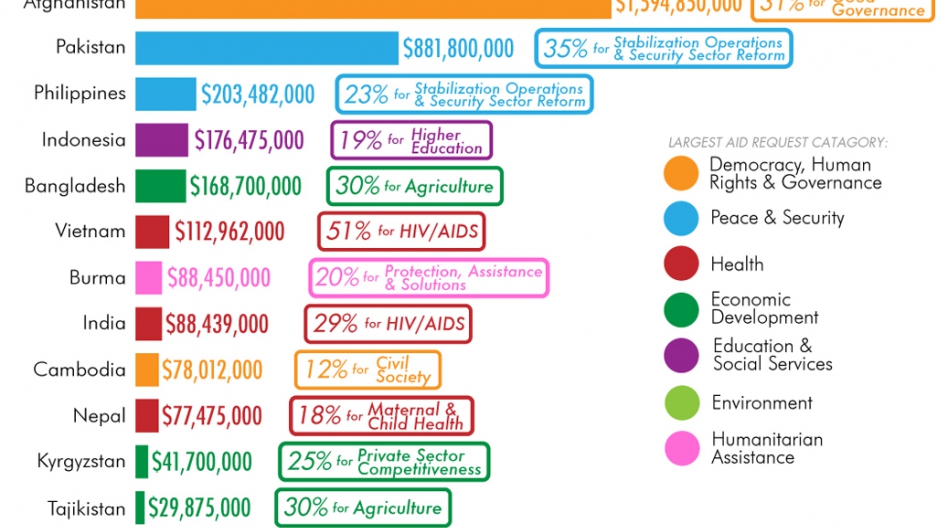 The United States gives a lot of money to the world. How do you think it's being spent?

To help you answer that question, we used data from the US State Department to create a series of charts detailing all the requests for foreign aid made by the US government for the fiscal year 2015.

Aid from the United States to foreign nations is funneled through nine government agencies. The charts below contain complete data sets from the US Agency for International Development, the US African Development Foundation, the Peace Corps and the Inter-American Foundation.

Only partial data are available from the Millennium Challenge Corporation and the US departments of the Treasury, Agriculture, State, and Defense. Still, the data provide insight into who's likely to get the most foreign aid and what the money is going toward.

The charts below show how much money is being requested for foreign countries and for what. They are grouped by region. The box next to each bar indicates the largest area for which US aid money is being sought, and shows the percentage that category comprises of the total requested US assistance for that nation. Clarification: This article and its headlines have been edited to clarify that foreign assistance requests are initially made by the president's administration, not individual countries, before being submitted to Congress.