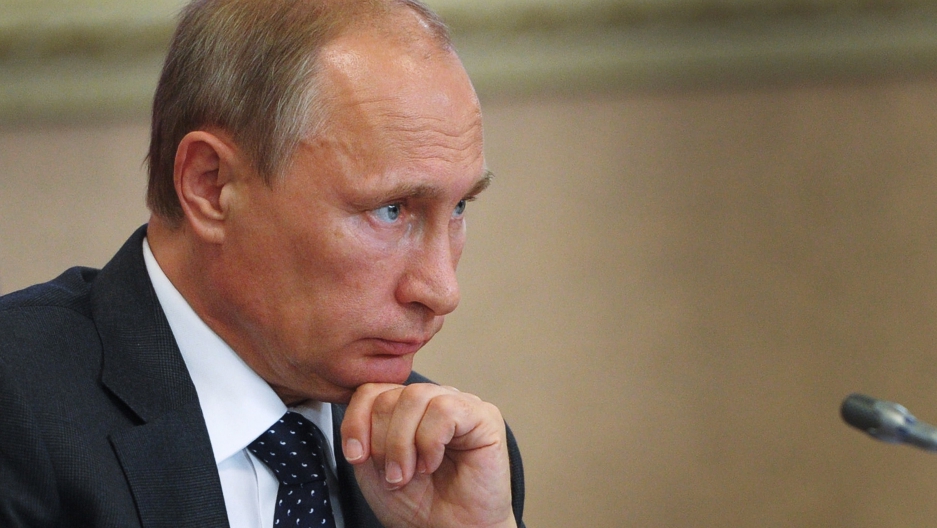 The conventional wisdom about Vladimir Putin is that he sees the West as a threat to Russian security. NATO expansion into Eastern Europe in the 1990s took advantage of Moscow’s weakness following the debilitating Soviet collapse, the Russians say. Now the United States is leading the West in backing color revolutions and other means of toppling old administrations in Ukraine and other countries in Moscow’s backyard. Some say the Russian president even believes his own propaganda that Washington’s ultimate goal is to depose him and steal his country’s vast energy resources.

In fact, Putin isn’t trying to stoke a new Cold War with the West because he takes his own fantasies seriously. He only wants Russians to believe he’s turning back the clock because it’s driving up his popularity by making him appear strong. It’s difficult to conceive that he actually buys his own propaganda: He invented the Western threat in order to play on the fears of the majority of Russians, who are nostalgic for the USSR’s lost superpower status.

Putin’s main aim is to do whatever it takes to dominate international headlines. Nothing shows him to be restoring Russian influence more than for his image to be seen on CNN next to Barack Obama’s, as if the two were equal in power. Russia may be corrupt, autocratic and backward, but just as deprivation under communism made pride in Soviet achievements more important for salving popular anger, Putin’s antics are helping Russians submit to his increasingly draconian rule by living in denial about the true damage it’s wreaking on their country.

However, with the Gaza conflict, Ebola and now Iraq pushing Ukraine’s civil war out of the leading international headlines, that’s becoming increasingly harder to do. Which is the main logic behind Putin’s inexorable ratcheting up of his standoff with the West. That’s why far from prompting moderation, the outrage caused by the downing of flight MH17 only added fuel to the fire: Controversy is exactly what Putin wants.

Of course that's not sustainable in the long term. The USSR may have nursed its opposition to the West for 70 years, but there’s no more American anti-communist hysteria to help provide justification for the Kremlin’s accusations today. Far more important, however, is that Russia is no Soviet Union.

Despite Russian nostalgia for life in the past — which supposedly provided cradle-to-grave security regardless of the strictures and deprivation — life wasn’t as stable as it would appear. How cozy was the general practice of carrying string bags in case hours-long lines materialized for food or basic goods that were unavailable in most stores? How pleasant to pay bribes to ensure medical care that was supposedly free? Providing food, shelter and products many in the West took for granted presented daily stresses not usually experienced in Europe and the US.

Imports make up around 30 percent of Russia’s food consumption — far more for the urban elite that shops in the many supermarkets stocking imported products almost exclusively. With the enactment of a near-total ban on food from the US, EU and other counties that set up sanctions against Russia over its actions in Ukraine, Putin has begun openly dictating what Russians can do in the one hallowed sphere of life in which freedom of choice has remained all-important. Some Russians believe that’s meant as a patriotism-inducing, us-versus-them prelude to invading Ukraine.

Whatever the case, whether and how long such Soviet-style manipulation of people’s consumer choices is popular remains to be seen. Twitter has already exploded with anguish. But what's clear is that after a decade and a half of clamping down on freedoms with relative impunity, Putin has just opened a very risky new chapter for himself.

Gregory Feifer is Europe editor at GlobalPost. His new book is "Russians."