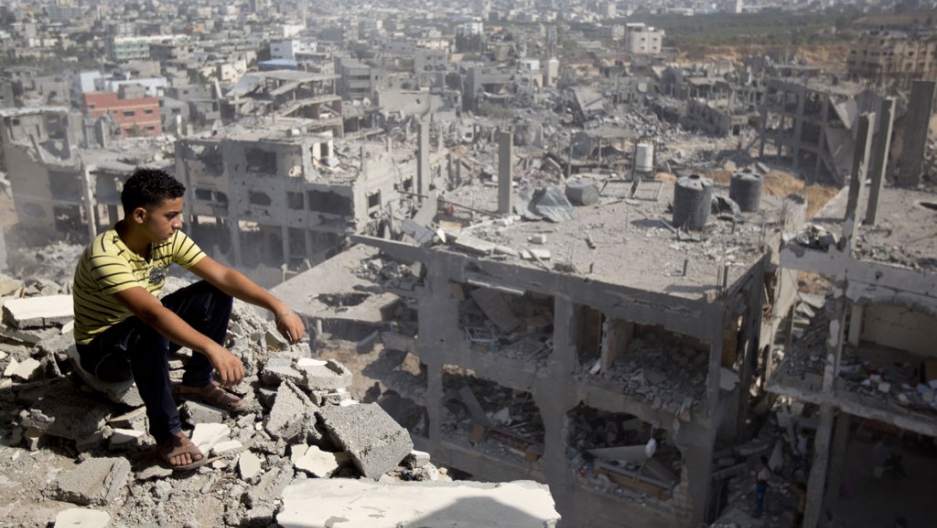 A Palestinian man looks out over destruction in part of Gaza City's al-Tufah neighborhood on Aug. 6, 2014.
Credit: MAHMUD HAMS
Share

A recent report by the United Nations Office for the Coordination of Humanitarian Affairs (OCHA) outlines just how much funding the organization needs to deliver humanitarian aid to Gaza, where nearly half a million people are currently at risk of going hungry. The OCHA says their appeal "is based on the latest analysis of the required emergency assistance to meet the most critical needs of the affected population."

Many foreign nations have already contributed, according to the OCHA. But it's still not even half way there: The OCHA has requested $390 million in funding to go toward five humanitarian aid categories and coordination efforts.

The OCHA estimates 485,000 people are in need of emergency food assistance and asks for "immediate emergency funds to cover massively increasing food needs."

According to the OCHA, "At least 373,000 children require direct and specialized psychosocial support (PSS). Children are showing symptoms of increasing distress, including bed wetting, clinging to parents and nightmares." The organization plans to use funds for protection to fund more shelters in occupied territories.

The UN says 1.5 million people in Gaza have no access, or extremely restricted access, to water. Most of the OCHA budget for water, sanitation and hygiene will go toward making urgent repairs to already existing facilities in the area.

The OCHA reports that 141 schools have been damaged by shelling in the occupied territory.

The OCHA reports heavy damages to hospitals from the current conflict, as well as "shortages of staff and water."