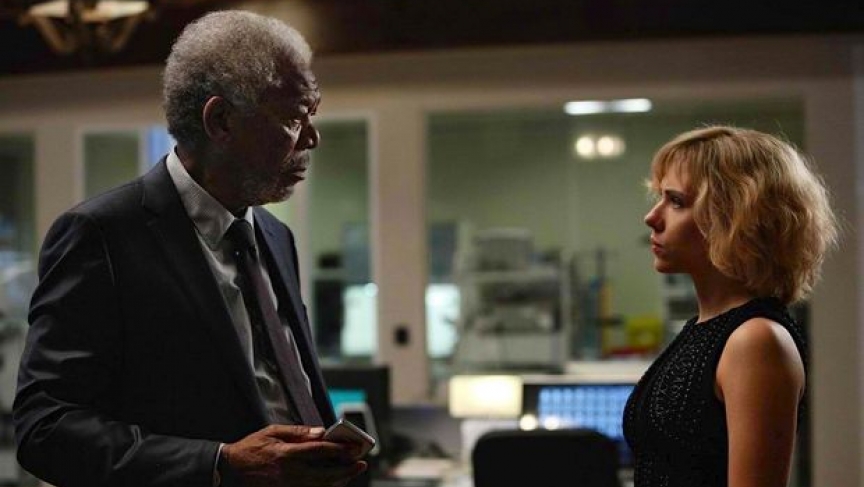 When Morgan Freeman says something, we all want to believe him. He's got that special something in his voice.

But what about the premise of his new movie "Lucy" with Scarlett Johansson? In the film, Freeman plays a professor, who contends that the average person only uses 10 percent of his brain capacity.

Is it true? Is 90 percent of your brain untapped mental potential? Sam McDougle, a Ph.D. candidate in psychology and neuroscience at Princeton University, says that premise is an urban legend.

The origins of the myth are cloudy, but they date back more than a century. Even Albert Einstein mentioned it at one point. But the fact of the matter is, we use almost all of our brain most of the time.

While McDougle can't pinpoint the exact origin of this myth, he says that it seems to have originated in Dale Carnegie's 1936 self-help book, "How To Win Friends And Influence People." The forward, which was written by Lowell Thomas, misquotes a Harvard University professor who once said that humans have unused mental potential.

"The average person develops only 10 percent of his latent mental ability,” Thomas wrote.

Now, a misquote has gone Hollywood.

Does the field of neuroscience suffer when blockbuster movies perpetuate bold, unscientific claims? Or is this exactly the kind of conversation starter needed to get people actively interested in the study of our brain?

"The brain is a biological organ, so [using] 100 percent is the correct figure," McDougle says. "Like any organ, like your spleen or your liver, all the cells are doing something."

McDougle says 100 percent of the human brain is working at all times, because the brain is transcribing DNA, making proteins, and moving around ions.

"But, like anything in science, the answer is more complicated," he says. "If all your neurons were firing all at once, you'd be having the biggest seizure in the history of mankind."