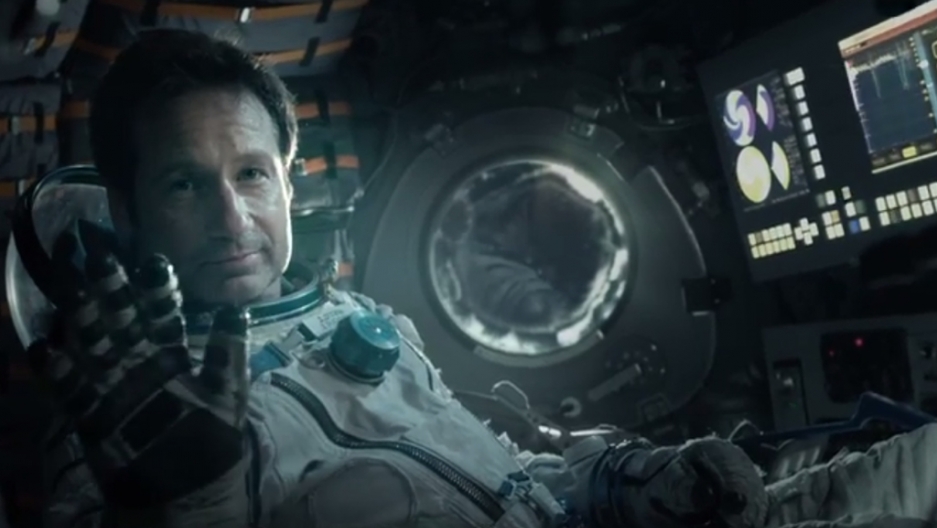 David Duchovny, known for his roles as Fox Mulder on The X Files and Hank Moody on Californication, must not be into geopolitics, because he's chosen this moment, with all the controversy surrounding Russia and Ukraine and the downed Malaysia Airlines passenger jet, to appear in a commercial for Russian beer.

Not just any beer commercial, mind you. A beer commercial titled "You have something to be proud of," which is about the feeling of national pride that Duchovny would (does?) feel toward Russia.

It's particularly interesting because it's not clear whether Duchovny considers himself Russian or Ukrainian. He's Scottish on his mother's side. Some biographies online say he's descended from "Russian Jews" on his father's side. His grandmother, Julia, immigrated to the United States from Poland. His grandfather, Moshe, immigrated from Ukraine in 1918. In a 2013 interview, Duchovny said his grandfather was from Ukraine but likely spoke "Russian and Yiddish."

So maybe Duchovny is LIVING the current geopolitical mess. In April 2014, amid Russia's invasion and annexation of Crimea, he posted this to Twitter:

I grew up thinking I was Russian only to find recently that I've been Ukrainian all along. Never too late to change.

Regardless, you'll surely enjoy watching David Duchovny dress up as a cosmonaut, a ballet choreographer, and an ice hockey player.