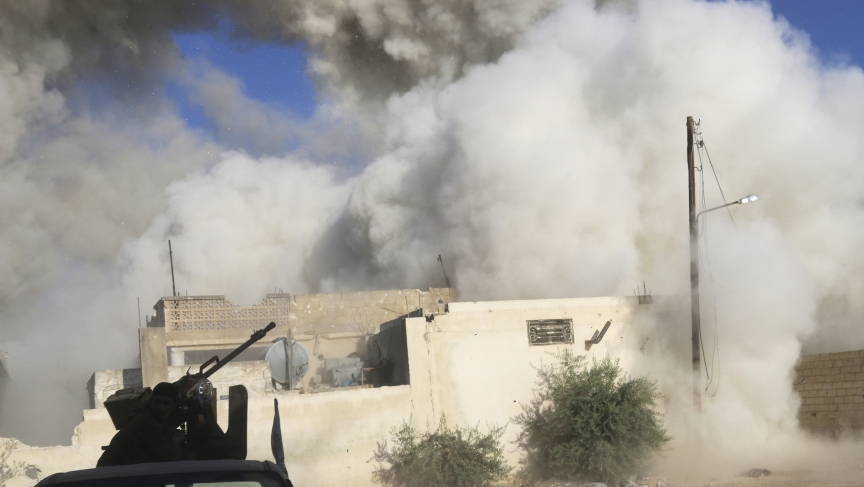 Smoke rises during heavy fighting between rebel fighters and forces loyal to Syria's President Bashar al-Assad in the town of Morek in Hama province July 16, 2014.
Credit:

Over the past year, groups of curious onlookers have gathered in the Golan Heights to peer across the Israeli-Syrian border at rumbling tanks and mortar rounds being fired in the Syrian civil war.

“War tourism is becoming something that’s very much packaged and profitable,” Kamin says, adding that while it still comprises a small corner of the tourism industry overall, it’s growing rapidly. “You don’t have more tourists going to war zones as on cruise ships by any means,” she says, “but the faster it grows, the faster it can bring in dollars.”

So far, the list of former and current conflict zones tourists have been lured to includes Somalia, Libya, Iraq and Beirut.

“A beautiful but potentially dangerous place,” is how one operator describes Iraq. The same company markets its Beirut trip as offering as a mix of relaxation and political rallies. “If your idea of a good time is driving through a Hezbollah rally then going to get some sushi, Beirut is definitely the edgy Mediterranean destination for you.”

Certain tour operators play up the riskiness of traveling to these conflict zones. “Some of them emphasize danger as the ultimate draw,” Kamin says. One company’s website displays a grenade graphic Kamin says is intended to “really entice someone who likes the idea of danger and thrill.” Others take a more educational approach and appeal to news junkies. “They bring in people who want to know more about the news, see it firsthand and talk to locals on the ground,” Kamin says.

The companies are also split on the ethics of this type of travel, with a portion of them denying that ethics are even a factor and other groups saying that in a world where news is so packaged into sound bites, venturing into a war zone to see what’s happening firsthand and meet local people isn’t unethical at all.

Kamin recounts the story of a Tel Aviv man she interviewed who traveled to Kiev just after the anti-government protests began there in February. The allure? Cheap prices and the chance to see for himself what was going on. “It was the first time he was in a place that was in the news,” Kamin says. “But there was no one telling him what to make of the situation.”