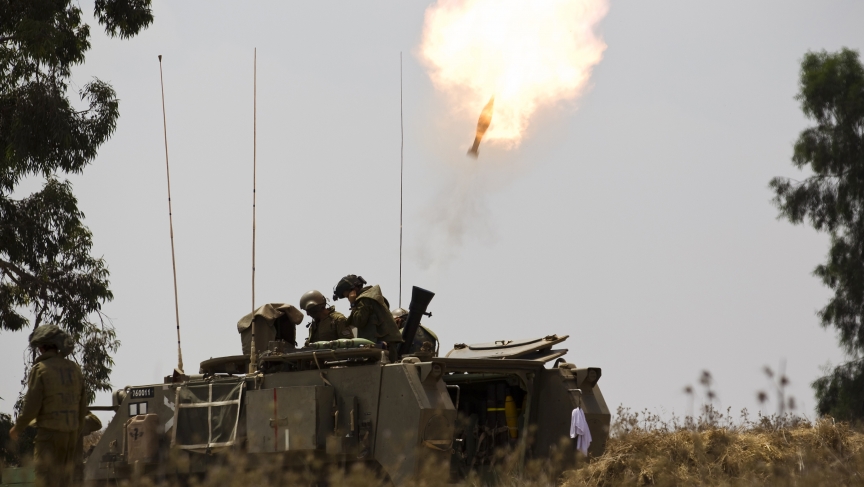 Diplomatic efforts intensified on Tuesday to end the war in Gaza that has killed more than 600 Palestinians and 29 Israelis.

In Cairo, UN Secretary-General Ban Ki-Moon and US Secretary of State John Kerry met Egyptian officials in an effort to broker an end to the conflict. Egypt, Israel and the US back an unconditional cease-fire, followed by talks on a new border arrangement for Gaza.

Kerry voiced support for the initiative as a "framework" to end the violence. "While we still have work to do, it is clear to each party I met that there is a framework available to end the violence, and that framework was the Egyptian initiative," Kerry said at a press conference after meeting with Egyptian President Abdel Fattah al-Sisi.

But Sheera Frenkel, a Middle East correspondent for BuzzFeed, says having Egypt brokering a cease-fire could be problematic.

“The Egyptians have had a tumultuous relationship with Gaza, to say the least," she says, "and the handling of the cease-fire talks last week was widely considered to be ineffective."

In those earlier talks, Egyptians effectively negotiated on behalf of the Palestinian side and sidelined Hamas, which controls the Gaza Strip. "They kept Hamas out of the discussion and they relayed messages inconsistently to the Israelis," Frenkel says.

This time, Kerry is at least dealing directly with Egypt. But Frenkel says it might not matter. "[G]oing there, meeting with them, talking with the Egyptians, that’s seen as a positive sign," she says. "But people are asking whether Egyptian President Abdel Fattah al-Sisi has the clout to push this cease-fire agreement forward.”

Regardless of what's happening at the negotiating table, talks have not yet led to any changes on the ground.

“At the moment, Israel is still going forward with its ground offensive in Gaza, and we’re still hearing about casualties on both sides," Frenkel says. "In fact, just this afternoon I spoke with an Israeli army official who said that they are moving even further west in Gaza towards the sea. And we’ve heard of Israeli Navy boats edging closer and closer to the shore — so it doesn’t seem like they are de-escalating any time soon.”

At least 571 Palestinians were dead in Gaza as of Monday. The Israeli military has suffered 27 deaths since the start of ground operations last week, and the fate of one soldier — Sgt. Oron Shaul — is still unknown after he went missing following a battle in the Gaza Strip.

Hamas claims to have captured Shaul, while the Israeli military says the soldier was among seven men in a vehicle that was hit by an anti-tank missile in a battle over the weekend. The other six are confirmed dead, but officials say no remains have been identified as Shaul's.

Frenkel says that there is little hope in Israel that Shaul is still alive. “Israelis, on the record, are not saying what his current status is," she says, "but off the record, he’s been presumed dead ... If Hamas did capture him, it was likely that they only captured his body.”

Israeli Prime Minister Benjamin Netanyahu urged the international community to hold Hamas accountable for the latest round of violence. "What we're seeing here with Hamas is another instance of Islamist extremism, violent extremism that has no resolvable grievance," Netanyahu said at a joint press conference with Ban Ki-Moon in Tel Aviv.