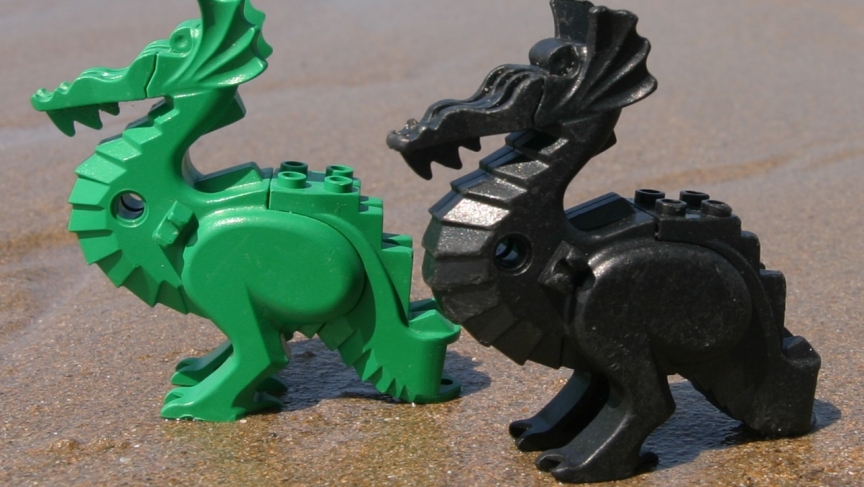 In 1997, a ship called Tokio Express was heading across the Atlantic to New York when it was hit by massive waves. During the storm, much of the ship's cargo ended up overboard, including a container with nearly 5 million Lego pieces.

Not many people knew about the ship and its cargo until a resident of South Devon in England, Tracey Williams, began to notice tiny Lego pieces showing up on the beach near her family home. "We used to have beach combing expeditions," she says, "and we'd always have treasure hunts and we started to notice Lego washing up."

At the time, Williams and her family didn't know where these Legos came from. They didn't have access to the Internet, so it was difficult to do research. They just kept on collecting the pieces, which were mainly nautical-themed.

Then in 2010, Williams moved to Cornwall and she was amazed to discover similar Legos showing up on the shore there.

"We knew it must be from a cargo spill," she says, but again, she really had no idea where they were coming from. That's until she did a Google search and found out about the 1997 Tokio Express cargo spill.

"I found the original articles about the spillage. They had all been digitized," she says. "There are many items on the cargo manifest that we haven't yet found. We tend to find the same things over and over again," Williams explains.

Besides the sea-themed toys, there has been items such as witches' brooms, dragons and octopus. The last two are the "Holy Grail" of Lego hunting, according to Williams. "A lot of people want to find an octopus or dragons," she says, boasting that she has found three dragons.

Williams has set up a Facebook page, Legos Lost At Sea, where people can share images of the Legos they have found on beaches. People have been posting from many places, including the north and south of Cornwall, Ireland and Wales. She recently got a message from Melbourne, Australia, with someone saying they have found Lego flippers. It's not yet clear if they belong to the same ship.

But Williams says behind the fun of finding these Legos, there is a message that people should take to heart. It's about keeping our beaches clean.

"Hundreds of thousands of containers are lost at sea every year. We pick up things such as toothbrushes, lighters, saline drip bags and all sorts of things," she says. Williams hopes that people take some time to collect the debris, even if it's not interesting.

"If people are going to look for Lego, it would be great if they could pick up some of the rubbish they see along the way," she says.