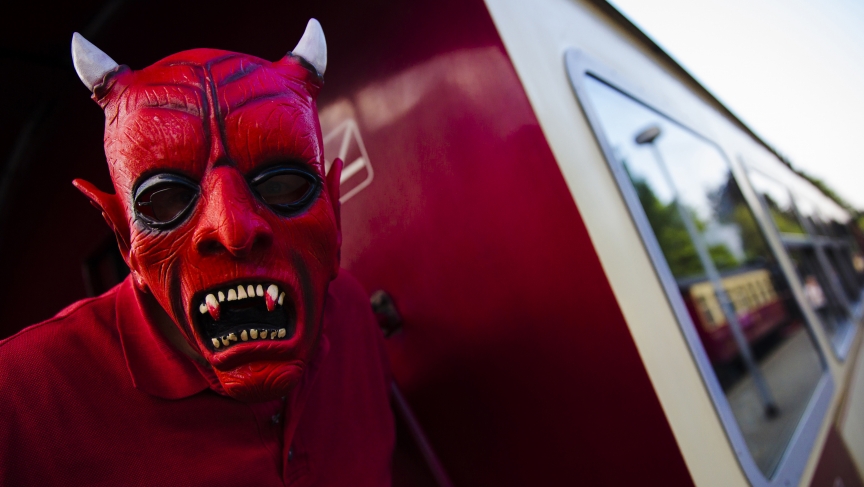 The idea of the devil has a long history in Christian theology and scripture. But in a bid to broaden its message, the Church of England has decided to nix any mention of the evil one from its religious services.

Parents who have their children baptized in the Christian tradition are asked during the service to take a vow to “reject the devil and all rebellion against God.” But the Church of England just held its national assembly, known as the General Synod, and decided to amend that vow during baptisms.

Now, parents will be asked to take a vow to “turn away from sin,” and “reject evil.” The devil's name has been deleted from the ritual altogether.

The Old Testament book of Job makes mention of Satan as a judge. But the personification of evil — the devil character we know today — really started to take shape in early Christian times. That devil is mentioned numerous times in the New Testament, and Jesus himself is tempted by the devil during his 40 days in the wilderness. 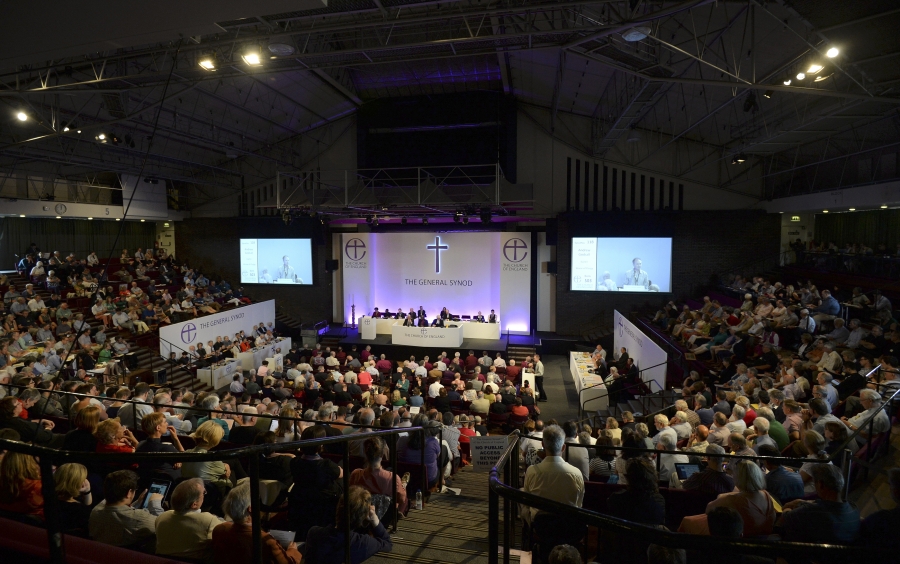 Members of the Church of England's gathered for the 2014 General Synod in York, United Kingdom.
Credit:

The familiar image of a red, horned devil with pitchfork in hand also grew out of early Christianity, says Peter Stanford, the author of “The Devil: A Biography.”

Throughout the ages, Stanford says, Christian theology attempted to put a face on the intangible concept of evil in the world. “Evil in itself is rather hard to define,” he says. “But if we call it 'the devil', it somehow becomes more comprehendible. And in an age of illiteracy, for the first 1,200 to 1,400 years of Christianity, images were very powerful.”

The image of an evil being, of course, has roots beyond Christian teachings. Take the German legend of Faust, which dates back about 500 years. Christopher Marlow's play, Dr. Faustus was published in 1604, and the story got the Hollywood treatment in 1967 in a movie starring Richard Burton and Elizabeth Taylor.

You might also remember the “Church Lady” skits from Saturday Night Live. Dana Carvey's overzealous character finds Satan lurking behind every corner. And that sort of speaks to the problem the Church of England was trying to address with the language change.

“It's quite important at baptism and otherwise for the church to uphold its realistic view of evil in the world,” said Rev. Dr. Robert Allen Hill, Chaplain of Boston University. “If the figure of the devil or Satan becomes so inexplicable to people that they can toss it off without having to be really confronted with the issue” that might be a problem for Christian leaders.

The metaphor of evil personified, Hill said, is that “it lends itself to all forms of crazy, literalistic, fundamentalistic, quasi-interpretation and, therefore, actually weakens the church's proper emphasis on the reality of evil.”

As with the decision to allow the ordination of women bishops, the Church of England aims to update its theology to reflect modern values. Removing mention of the devil from baptism services is about not turning people away who might otherwise be receptive to the church's teachings.

"By eliminating the character of 'the devil,' it doesn't mean that the Church of England is trying to deny the presence of evil in the world,” explained Rev. Ruth Meyers of Church Divinity School in Berkeley, California. Meyers is also an Episcopal priest.

“If people get this image [of the devil], and it's just a caricature," she said, "it doesn't help them recognize and really grapple with the very awful reality of war and famine and poverty, and the horrible things that people to do to one another."