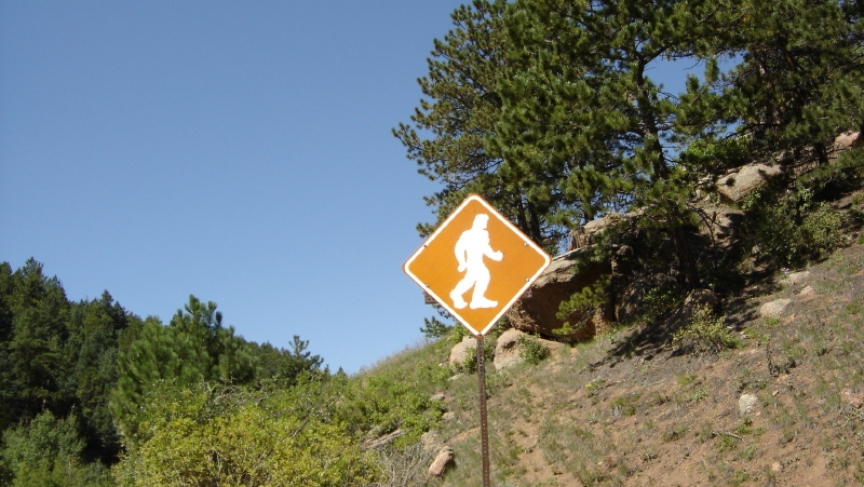 Do you believe in Bigfoot or Yetis or Sasquatches? Well, get ready to be disappointed.

A new study by Oxford University suggests that the seemingly mythical creature is just that — a myth.

In 2012, Bigfoot enthusiasts, scientists and museum curators were asked to share samples of hair they believed to be from the unidentified ape-like creatures.

“I managed to get hold of some samples from some famous historical expeditions," says Oxford University genetics professor Bryan Sykes, who led the project, "such as that led by Sir Edmund Hillary that had been deposited in museums [and] some material from Himalayan monasteries that had been thought of to be Yeti."

The scientists analyzed 30 hair samples. Sykes says they found that the samples were from a variety of animals — but nothing resembling an undiscovered primate. “Bears, and cows and horses, even a porcupine, a raccoon," he says, "quite a range of animals, but all known ones.”

While Sykes said they didn’t find any proof of Bigfoot creatures, the testing did provide some surprising results.

The study did discover that two samples of bear fur from Bhutan and the Indian Himalayas matched the DNA of polar bear fur.

The bear's closest relative turned out to be a precise match for DNA extracted from fossil remains of a Palaeolithic polar bear, Ursus maritimus, that lived 40,000 years ago.

Disotell says that the high concentration of hunters and park rangers in North America make it impossible for an animal like a Bigfoot to remain hidden from cell phone cameras. He also argues that if these creatures existed, there would have to be a significant number of them — since they would have to be reproducing.

"You have to have a breeding population for these things to have survived for as long as they have supposedly been around ... hundreds of 8-foot tall mammals running around North America, without one single shred of evidence? I find that difficult to believe."

Still, Bryan Sykes feels his results could help the search for Bigfoot. He says it would have been nice to find a new species of primate, but his research analysis advances the study and has brought it into the mainstream.

"There's a good chance if somebody finds the genuine article that there is now a way of proving it to everyone’s satisfaction."