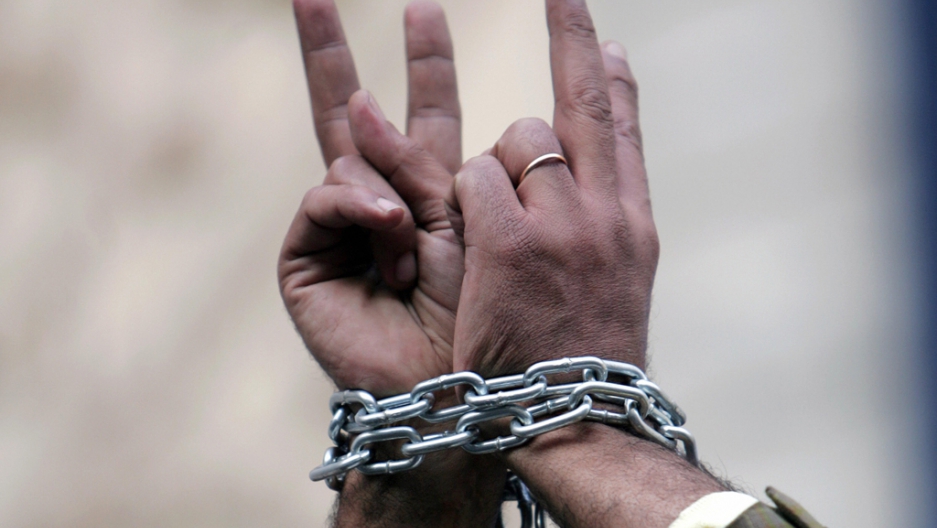 The 22-year-old student of Islamic law traveled to Cairo from the northern city of Tanta last August. He came to join the giant protest camp in Rabaa Al-Adawiya Square in support of Mohamed Morsi, the elected president who had been deposed by the military.

“He was young. He had dreams, and he went there to defend his vote in the election,” said his father, Mohamed Abdel Salem, 56. He was not a member of the Muslim Brotherhood or any organized political group, his father said.

Abdel Salem joined the sit-in days before security forces eliminated the camp, killing hundreds in what became the single worst day of political violence in Egypt’s contemporary history. He was last seen being escorted into the back of an armored vehicle just before 7 p.m. on Aug. 14.

For months, his parents searched hospitals, prisons and military camps. None contained any record of their son. DNA tests confirmed he was not among the bodies recovered from Rabaa. Later the family received word that their son was held in Al-Azouly, a detention center inside the Galaa military base in the city of Ismailia.

To this day, the family says, no branch of the government has confirmed his whereabouts, though they have since heard he was moved out of Al-Azouly.

“We haven’t received a proper response. They just say ‘no one has been disappeared,’” said Abdel Salem, the father. “I only want one of two things. If he’s dead, give me the body. If he’s alive, present him for a trial,” he said.

The Egyptian government refuses to acknowledge the detention of as many as 400 people in Al-Azouly, according to the families of those detained and investigations by Amnesty International and two Egyptian human rights groups.

Inside the facility, detainees describe heinous acts of torture. They report electric shocks, burns, beatings, and hanging by the wrists, according to those released from the prison. The detainees have not been charged or referred to prosecutors, and have no means of communicating with the outside world.

Egyptian authorities deny any knowledge of Al-Azouly. “We don’t know anything about this particular prison. I heard about this prison from the press,” said Brig. Hatem Fathy, director of the International Relations Department in Egypt’s Interior Ministry. “I’m not sure if there really is a prison with that name belonging to the armed forces or not.”

The forced disappearances and allegations of severe forms of torture recall the darkest moments in the history of Egypt’s authoritarian state.

Under his rule, Egypt’s vast security apparatus has reasserted itself with a ferocity not seen since the uprising that ousted Hosni Mubarak in 2011. More than 20,000 people have been arrested in the clampdown since last July.

But the detainees in Al-Azouly and others reported disappeared exist in a kind of limbo, with no access to the justice system. Prosecutors have no record of their imprisonment.

“What’s special about these cases is that they’re disappeared. No one knows where they are,” said Mohamed Lotfy, executive director of the Egyptian Commission for Rights and Freedoms, an independent group documenting rights abuses. “There is no place you can go and complain.”

Inside the facility, former detainees say their captors have beat them with sticks, put out cigarettes on their bodies, tied and hung their bodies in contorted positions. At least one said he was electrocuted in his testicles. Another said his interrogators set fire to his beard.

“It’s a return to the old methods,” said Diana Eltahawy of the Egyptian Initiative for Personal Rights. “Not to say that torture in Egypt stopped in last three years of the revolution, but in these particular cases, the documented torture is much more severe than what we’ve seen recently in police stations or in prisons.”

“It’s like the darkest hours of the Mubarak regime,” said Mohamed Elmessiry, an Amnesty International researcher. “They are very confident. They don’t care about applying the law, or the rule of law, even though Sisi mentioned many times that the rule of law should be respected.”

The profiles of the disappeared vary. Some are suspected of being involved in violent attacks on police and soldiers. Others participated in the unrest following Morsi's ouster, or were simply in the wrong place at the wrong time.

Egypt’s Defense Ministry and the president’s office did not respond to requests for comment, but Fathy, the Interior Ministry official denies that there is a pattern of disappearances. "We don't have disappeared people," he said.

Human rights groups tell a different, more horrifying story. According to three rights advocates who have interviewed former detainees from the facility, Al-Azouly is a three-story building inside the Galaa military camp in Ismailia. You can see the camp on Google Earth.

Those who are released from Al-Azouly are sometimes transferred to other prisons. Some are transferred to prosecutors after confessing to crimes under torture, according to Amnesty. Furthermore, in some cases officials falsify arrest documents, so that detainees’ time in Al-Azouly, in effect, disappears from the record.

The mounting evidence that civilians are held in Al-Azouly has been little comfort to the families of the disappeared.

Hanan Abdel Hafez, 36, a medical lab analyst from the city of Beni Suef, south of Cairo, said her husband, Khaled Abdel Hafez, disappeared after participating in a pro-Morsi protest on July 27, 2013 in Cairo. Security forces opened fire, and Khaled was listed on Al Jazeera television as among the injured.

But Hanan could not locate her husband in any hospital or prison. Later, a military judge and an officer told that her husband had been moved to Al-Azouly in late September 2013.

She managed to enter the Galaa military camp, but was unable to find him. She got close; a soldier facing trial said he had met her husband.

She does not know why he is being held, other than for attending the protest. “He was against both the [Morsi] government and the coup,” she said. She believes Khaled knows someone is searching for him. “That helped his morale,” she said.

To date, the Egyptian government has made no known efforts to investigate claims of former Al-Azouly detainees. And activists say they fear the worst has yet to emerge. "I think this is just the tip of the iceberg," said Eltahawy.