The Kenyan offensive, supported by the African Union, was in response to recent attacks by Somalia-based jihadi group al-Shabab. The Islamist militants orchestrated last year’s massacre at a popular shopping center in the Kenyan capital of Nairobi, and they also boasted responsibility for a June 15 attack near the Kenyan coastal town of Lamu, during which buildings were set on fire and dozens of gunmen opened fire on World Cup spectators, reportedly killing 48 people.

"They organize a small group of fighters who are on a suicide mission," Sheikh says. "They go attack a place and fight until they die - that is what has been happening."

These maps illustrate the quickened pace of al-Shabab attacks in East Africa, along with the group’s rapid encroachment into Kenya over the last two years. 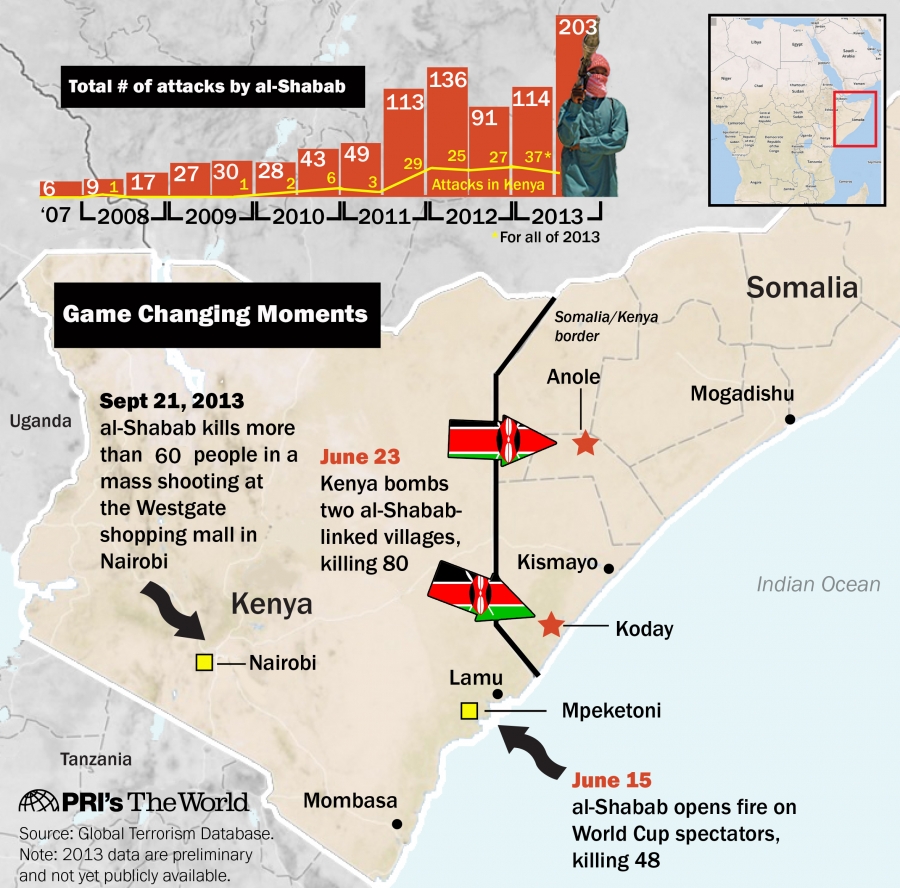 Source: Global Terrorism Database, University of Maryland. Note: 2013 data are preliminary and not yet publicly available.

Many of these attacks were succeeded with a declaration of responsibility by al-Shabab, a claim then often disseminated by international media – exactly what the outfit intends. In January 2013, Twitter suspended al-Shabab’s English account, however, which it used to tout successful attacks, issue death threats, and post graphic pictures of corpses. Throughout the year, al-Shabab re-opened multiple Twitter accounts (including on September 11, 2013), only to have them eventually taken down by the San Francisco-based tech company.

The group has also posted videos online aimed at recruiting Muslims from the region to join the fight. "They have recruited quite a lot of them," said the BBC's Abdullahi Abdi Sheikh. "They have appeared on video with very good Swahili that can only be spoken in that part of Kenya, and they say that they are coming to Kenya, that they are coming to fight for their rights."

Al-Shabab is also building its support base through radio. The group is fueled by a strategic disinformation campaign, one now launched through a collection of radio stations in the southern provinces of Somalia. As a recruiting tool for young, disenchanted Somalis, a beacon of hate speech against Kenyans and a public relations arm for communicating to Western media outlets (and vis-a-vis scaring Western tourists from visiting Kenya, an effort to cripple that country’s economy), several al-Shabab stations use FM transmitters and other equipment stolen from area radio organizations.

Radio is by far the most popular source for news and information in the country - where about 83 percent of the population having access to a radio, as opposed to television (30 percent), or the Internet (19 percent). Somalia ranked second, behind Iraq, on the Committee to Protect Journalist’s 2014 Impunity Index, which spotlights countries where journalists are slain and their killers go free.

Using intimidation and violence against journalists to clear the airwaves for their broadcasts, al-Shabab has worked actively to both close down competing media voices and sharpen parts of Somalia’s focus on radio. Last November, al-Shabab officials ordered residents to hand-over their television sets and satellite dishes, and earlier this year declared a ban on using the Internet and smartphones in the amorphous territory it controls.

This map shows the al-Shabab radio stations currently in operation, along with some of the locations they have taken equipment. 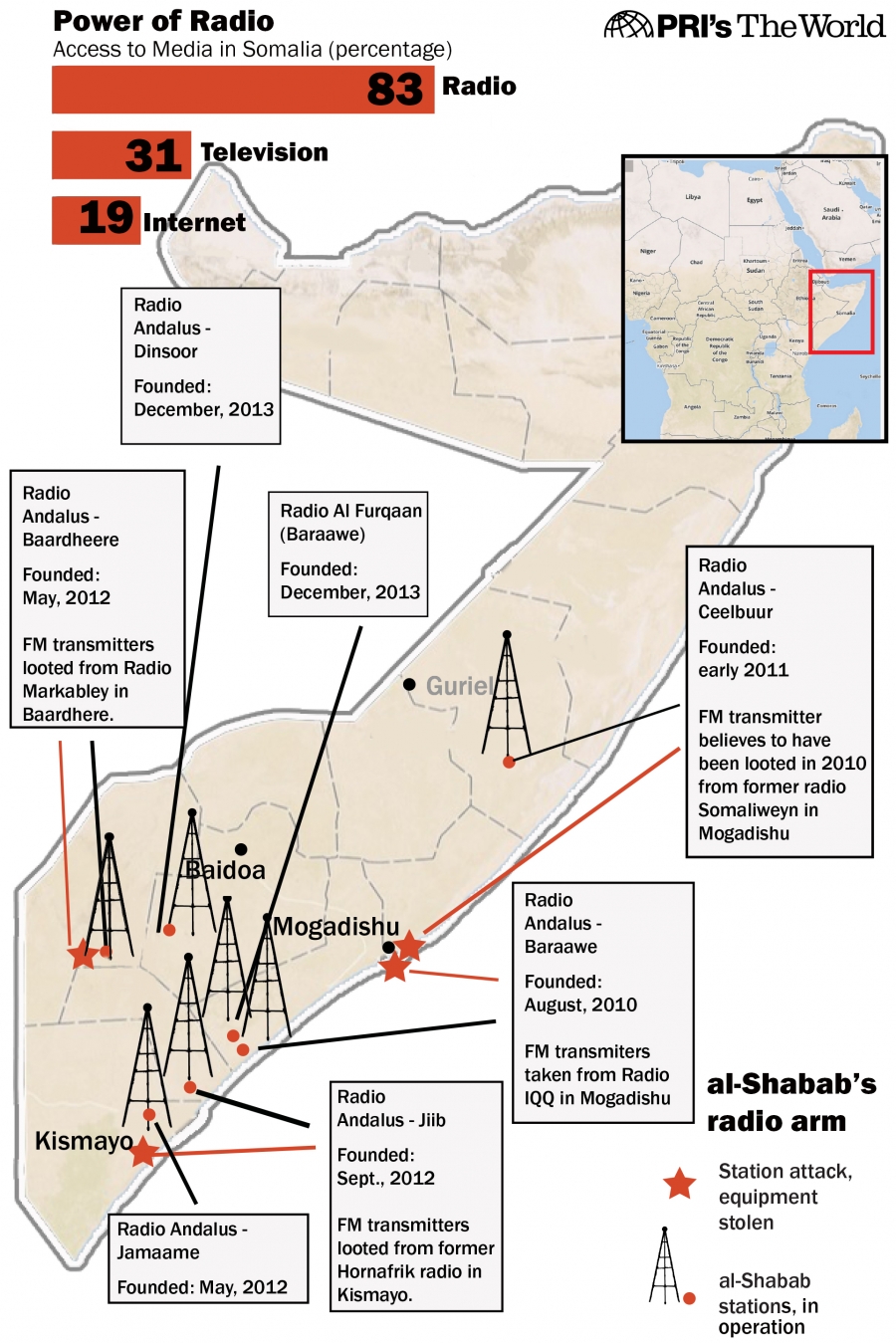 Source: Information Support Team, African Union/United Nations. Note: The information presented here is part of an IST report, made public on somali-media.so, with information that is continuously being edited and is therefore not a “definitive” version.