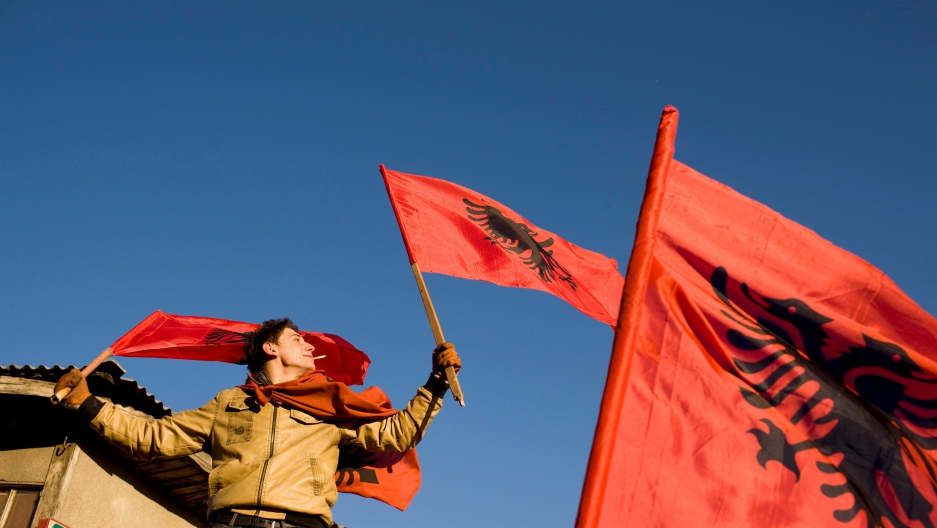 SARAJEVO, Bosnia and Herzegovina — One hundred years ago, on the morning of June 28, 1914, a slight, 19-year-old Serbian nationalist raised a small pistol.

He fired at the motorcade of Archduke Franz Ferdinand, heir to the Austrian throne, and his wife Sophie, killing them both and triggering a chain reaction as the world’s empires reacted to the murders.

Within 37 days, the world was at war.

More than 65 million troops were marshaled forward that summer and by the end of the four-year conflict, 20 million soldiers and civilians had died and 21 million people had been wounded.

After the armistice took effect on ‘the eleventh day of the eleventh month at the eleventh hour,’ the victors, particularly the French, British and Americans, began to divide the world.

Today on the 100th anniversary of the start of World War I, those boundaries continue to shape contemporary conflicts around the world from here in the Balkans, to Syria and Iraq and in the persistent violence that plagues Nigeria and Israel/Palestine.

The tension between the self-interests of the great imperial powers‘ division of the world and President Woodrow Wilson’s rhetoric of self-determination of nations still defines geopolitics today.

The Arab Spring was a popular uprising that challenged the US in particular to confront that line between stability and democracy. The calculated decision by the Islamic State of Iraq and Syria (ISIS) to push from Syria into Iraq through Mosul and toward Baghdad was a bold attempt to erase the lines of the infamous Sykes-Picot Agreement which was secretly crafted in the middle of the war in 1916 by the two diplomats — one British, one French — after which it is named.

And the deadly clash of Christians and Muslims in Nigeria traces back to the careless merging of two distinct cultures and kingdoms, one predominantly Muslim in the North and the other predominantly Christian in the South. The boundaries of modern Nigeria were drawn by the British, historians argue, to make the governance of the most populous nation in Africa more manageable. A similar imperial arrogance cut through other modern ethnic conflicts from Israel/Palestine to Northern Ireland to the Balkans.

Over the last 25 years, I have covered many of these contemporary conflicts and their smoldering, bitter aftermaths. And along the way, I have often found myself stuffing history books on World War I into my backpack or searching online for documents of the era such as the Sykes-Picot Agreement or the Balfour Declaration.

This year, I am revisiting five of the divided societies from which I have reported to explore what lessons have been learned — or too often not learned — from World War I and the flawed peace process that came in its wake.

I began my journey in Sarajevo on the very bridge near where the assassination of Franz Ferdinand took place. Sarajevo is a city that knows war and is still in many ways haunted by the Balkan nationalism that originally ignited World War I.

The Serbian nationalist Gavrilo Princip, who was part of a cabal of conspirators and what we would today call “non-state actors” or perhaps “terrorists,” was openly celebrated under the late Serbian President Slobodan Milosevic for standing up to the Hapsburg dynasty that ruled over Bosnia and Herzegovina as well as Germany and the Ottoman Empire.

Twenty years ago, NATO bombing put an end to the siege of the city by Milosevic, who presided over a brutal offensive to ethnically cleanse Bosnian Muslims.

So in effect, the Serbian nationalists ended up on the winning side of the war’s history only to be on the losing side against NATO during the wars of the 1990s in the Balkans.

After years of inaction by Washington through the slaughter of Bosnian Muslims and war crimes committed by all sides, the warring parties were finally brought together for the 1995 peace conference in Dayton, Ohio. The Dayton Accord was effective in stopping the war and ending the killing, but residents here say the peace process and the structure of three governing federations it yielded have not done much to help the country move on and navigate its future.

From Bosnia, I drove south to Kosovo. There in 1999 was another of the Balkan wars started by Milosevic and a conflict I covered closely on the ground. On this journey back 15 years later, I revisited the still-divided city of Mitrovica and a village near Pec where I had an emotional reunion with some of the survivors of one of the worst mass killings of the war.

Later this summer, I will travel to Northern Ireland for the marching season in Belfast and Derry where history pounds on like the bass drums in the Protestant marching bands that celebrate a history of Protestant triumphalism over the Catholic community. And then it will be on to Northern Iraq, to Kirkuk and if possible Mosul, then to the Jordan River Valley in Israel/Palestine and back to Kaduna, Nigeria and the Middle Belt which forms a front line of the conflict between Muslims and Christians.

The afterward for the field reporting will be from Paris and the grounds of Versailles where a conflict known as the “war to end all wars” became remembered for the failures of the peace talks in 1919 that came to be known as “the peace to end all peace.”

There is at least one primary lesson offered by the flawed peace of Paris in 1919 — a lesson that needs to be kept in mind today in relation to the burning fires of conflicts in Syria, Israel-Palestine, Iraq, Nigeria and societies emerging from conflict such as Northern Ireland, Bosnia and Kosovo. That is, that peace cannot be imposed from a conference table but must emanate from the hearts of people.

With this year marking the centennial of the start of the First World War, there has been a predictable wave of popular histories of the conflict and biographies of its key players from Woodrow Wilson to Sir Lawrence of Arabia. But one book has stood out in drawing comparisons between the geopolitical context of 1914 and the world we live in today. Christopher Clark’s “The Sleepwalkers: How Europe Went to War in 1914” delineates why we need to know our history.

Commenting on the specifics of the assassination in Sarajevo, Clark describes the assassin Princip and the Serbian nationalist conspiracy he was part of as a very modern phenomenon, an “avowedly terrorist organization with a cult of sacrifice, death and revenge” and “scattered in cells across political borders.”

The post-Cold War, post-9/11 reality we live in, Clark argues, bears remarkable similarities to the time of World War I, as he puts it, “a system of global bipolar stability has made way for a more complex and unpredictable array of forces, including declining empires and rising powers — a state of affairs that invites comparisons to 1914.”

This story is Part One of "The Eleventh Hour." See the rest of the series: