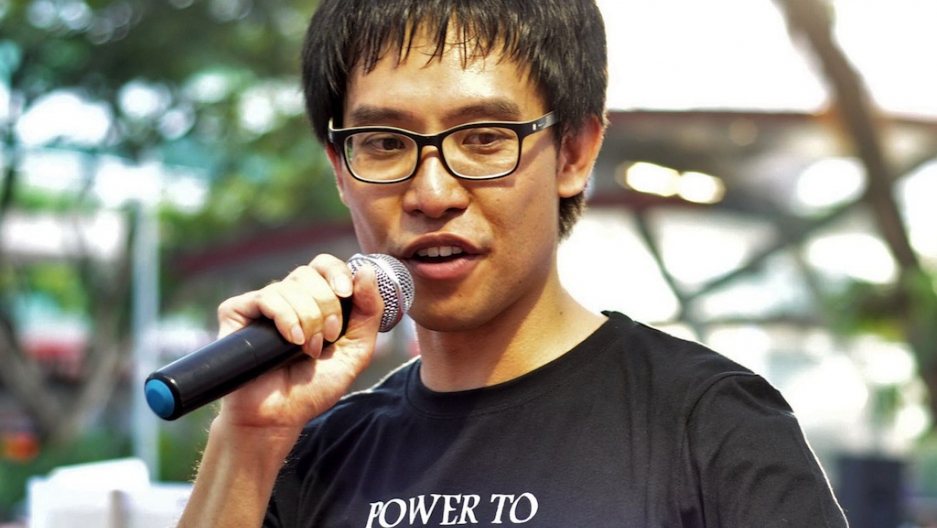 JAKARTA, Indonesia — They’ve called it a David versus Goliath fight and, for once, the cliche is appropriate.

On one side, a 33-year-old public hospital employee; on the other, Singapore’s prime minister. Until last month, Roy Ngerng was just a normal guy blogging about social issues in Singapore.

He’s now being sued by the city-state’s prime minister, has been fired from his job, and has gained national fame.

It all started last month, when Ngerng published a blog post suggesting — according to Prime Minister Lee Hsien Loong’s lawyer — that the prime minister was "guilty of criminal misappropriation of the monies paid by Singaporeans” to the compulsory state pension fund.

Roy Ngerng was asked to take down the post (now available here), publicly apologize, and offer compensation. He complied with the requests. The apology even involved flowers. But the approximately $4,000 compensation he offered was deemed “derisory” and rejected by the prime minister’s aide.

He’s now being sued for defamation.

In a normal democracy, he says, the response would be to send someone from the pension fund administration to debate the allegations, instead of suing an “ordinary citizen.”

“Politicians in public life should have a higher level of tolerance for opposing views,” he says. “Roy Ngerng didn’t say the PM of Singapore is corrupt, he said there are questions to be answered.”

“Unfortunately Singapore is not a normal democratic country,” he adds. “There’s been a demonstrated pattern of using legal proceedings to silence critics.”

Local and international media have paid damages and issued apologies in the past, and online critics have been threatened with lawsuits. Last year, political cartoonist Leslie Chew, who created the Facebook page “Demon-cratic Singapore” (“a 100 percent fictional comic series about a country that doesn’t exist”) was arrested for “scandalizing the judiciary.” That’s a common law offense in Singapore, according to HRW. The cartoonist faced charges until he agreed to apologize.

Ngerng is the first online critic to actually be sued for defamation by a Singaporean leader.

According to Agence France-Presse, the typical minimum value of damage claims in Singapore High Court is about $200,000.

Singapore’s prime minister is believed to be the world’s best paid leader, earning about $1.76 million a year. Meanwhile, Ngerng makes around $3,000 a month — or he used to, before he was fired from his job two weeks ago. His employers said he had “misused company time and resources” and called his conduct “incompatible with the values and standards expected of employees.”

Ngerng, for his part, believes the decision was “politically motivated.”

“The case hasn’t even reached the court. Innocent until proven guilty should apply here,” he says.

If Prime Minister Lee hoped to quell critics by suing Ngerng, however, somewhat predictably it has had the opposite effect.

The author of “The Heart Truths” has received massive support on his blog and Facebook page, as well as financially. Crowd-funding his defense, he exceeded his target of 70,000 Singaporean dollars in four days. He’s also spoken at a protest against the pension system organized earlier this month, and written plenty more on the subject.

He says the support he receives shows the people of Singapore want a “voice” and more transparency on the issue.

Last week, the Prime Minister’s press secretary Chang Li Lin wrote to British weekly The Economist to criticize its coverage of the case. “You referred to an “alleged ‘serious libel’” by Roy Ngerng. This is not an allegation. Mr Ngerng has publicly admitted accusing Lee Hsien Loong, the prime minister, of criminal misappropriation of pension funds, falsely and completely without foundation,” he wrote.

When we contacted the Prime Minister’s office, the same Chang Li Lin told us he wouldn’t comment as the matter was before court.

The pre-trial is scheduled for July 4.