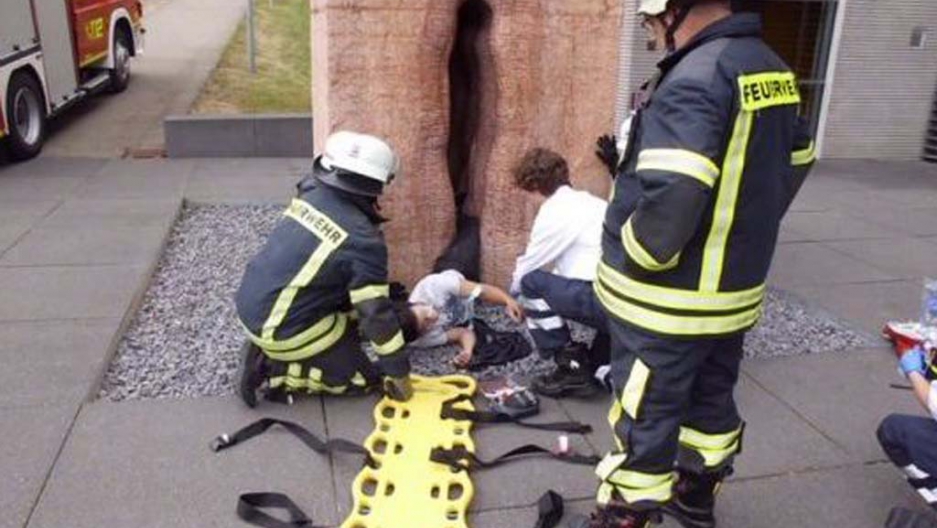 A US foreign exchange student had to be rescued after getting stuck in a giant vagina statue in what appears to be a very bad dare gone very awry.

Five emergency vehicles and 22 firefighters were called to the marble artwork on the grounds of the Tübingen University Institute of Microbiology on Friday after receiving a 911 call that someone was "stuck in a stone vulva." The man, whose legs got wedged at the bottom of the statue, was eventually freed.

While local residents were amused, the guy was pretty red-faced after the public spectacle. So were firefighters, but for different reasons.

"I was there!!! He just wanted to take a funny picture" imgur.com user Erick Guzman wrote. "The fire department was not really amused, and he was really embarrassed." The statue, known as Pi-Chacán or Chacán-Pi, was designed by German-based Peruvian artist Fernando de la Jara and erected at the university 13 years ago. The name means "making love" in Peruvian Indian.