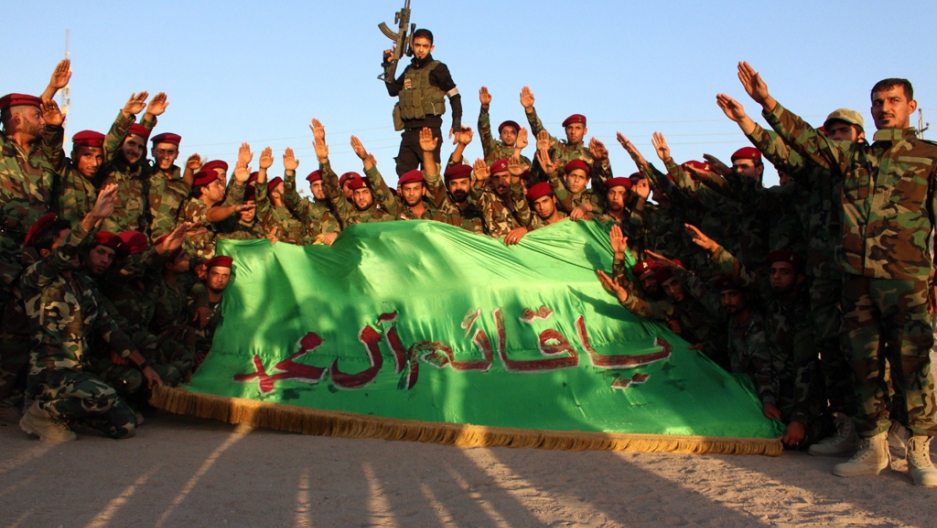 It’s not easy being Iraqi these days. Hundreds of thousands have been displaced by fighting, an extremist Islamist group is intent on establishing a brutal regime throughout the north, and the army seems reluctant to defend a government that has marginalized large swaths of the population.

The violence is largely sectarian between the majority Shias and the minority Sunnis, the situation largely intractable. The Sunnis want, more than anything else, to be rid of the hated Shia regime. The Shia remember years of oppression under the brutal Sunni regime of Saddam Hussein, and they want revenge.

“They are not reconcilable,” said Peter Galbraith, former US diplomat and author of the book “The End of Iraq.” “There is no common ground. Both sides want to run Iraq and each side wants to exterminate the other.”

But the toxic chaos that has consumed the country has also provided opportunity for some, namely the Islamic State of Iraq and the Levant (ISIL, or ISIS), which continues its drive toward Baghdad.

The ISIL isn't alone in making the most of a messy situation. Here are the five biggest winners in Iraq these days, gobbling up what they can in a land of opportunity:

Capitalizing on Sunni grievances against the government, this group of radical Islamists has gathered numerous paramilitary groups that together just might force the disintegration of the state.

Along the way they have been busy, Rumpelstiltskin-like, spinning catastrophe into gold — quite literally. The group is sitting on a war chest estimated at some $2 billion, fed by cash from looted banks, various extortion rackets and the seizure of oilfields.

This is the Harvard Business School of jihad. They keep meticulous records, issuing annual reports that chart everything from assassinations to “apostates run over.” They also put business above politics upon occasion, as in Syria, where they obligingly sell their confiscated oil to the government of Bashar al-Assad — which they are fighting.

This group aspires to govern, and there are reports that in Mosul, which they seized nearly two weeks ago, they are using a light hand, not enforcing some of the stricter elements of their Islamist code, perhaps hoping to win the loyalty of the population.

In Sunni-dominated Mosul, this might even work, for a while — until the group’s infamous brutality begins to show itself, that is. They have already posted videos purporting to show the execution of some 1,700 Iraqi soldiers.

Wait for the backlash — it won’t be long.

The US invasion pretty much routed the Baathists from power. After ruling Iraq for decades, they were suddenly personae non gratae in the new regime.

After Saddam’s execution by hanging, in December 2006, a group of Baath officers, enraged at the disrespect accorded their leader, formed a group called Jaysh Rijal al-Tariq al-Naqshabandi (JRTN).

Headed by long-time Saddam crony Izzat Ibrahim al-Douri, the group is one of the most powerful of the Sunni insurgent groups now operating in the country. Numerous media accounts have stated that JRTN played a major role in the fall of Mosul, and the elusive Douri, who was rumored to have died of kidney failure, is reported to be back in the fray.

JRTN has a history of taking life’s lemons and brewing some powerful jihadist lemonade.

According to the Combating Terrorism Center at West Point, during the US occupation the JRTN “successfully tapped into Sunni Arab fear of Iraq’s Shia-led government and the country’s Kurdish population, while offering an authentic Iraqi alternate to Al Qaeda in Iraq (the forerunner of ISIL) … It emerged as the only Iraqi insurgent group to have grown stronger during and since the US-led surge.”

JRTN, like its leader Douri, is a chameleon, capable of assuming the form that will best serve its interests at the time. The Kurdish takeover of Kirkuk will mobilize JRTN’s base, while the prominence of Shia militias affiliated with Iran’s elite Quds force will also play into JRTN’s hands.

What’s more, a little bird is tweeting that there is a secret agreement between ISIL and JRTN that Douri will become head of the new government once the group manages to topple Nouri Al Maliki's regime in Baghdad.

The Twitter account of @wikibaghdady has been doing its best to expose the links between ISIL and JRTN; the only problem is no one knows for sure how much of what @wikibaghdady says is true.

Iran has been heavily involved in Iraq for decades, offering asylum to Shia leaders under attack by Saddam Hussein, training and funding Shia militias, and now by sending elite Revolutionary Guard forces to Iraq to help Maliki’s Shia government.

“As has been the case since 1979, the IRGC-QF reports directly to the Supreme Leader, Ayatollah Ali Khamenei, and is actively waging a campaign to advance Iranian hegemony by destabilizing or coopting Middle Eastern countries through the export of the Islamic Revolution,” Ali Khedery, the longest serving American official in Iraq, wrote in Foreign Policy magazine.

“While conventional wisdom is that the IRGC-QF is in Iraq because Iran seeks to defend itself against the existential threat of ISIS/Sunni extremism, they also see it as their deeply held belief that it is their religious obligation under God to carry out this mission.”

From the Iranian point of view, the worse things are, the better. The more brutal and uncontrollable the ISIL and its Sunni allies are shown to be, the more the Shia factions will turn to Iran for help.

Indeed, most of the militias are funded, trained and supported by Iran, and most report directly to the Quds command.

"Who do you think is running the war," a senior Iraqi official asked a Guardian reporter. “Qassem Suleimani [a leading Iranian general] is in charge. And reporting directly to him are the militias, led by Asa'ib ahl al-Haq."

Members of the Shia Mahdi Army militia at a training in Basra, June 17, 2014. (Safin Hamed/AFP/Getty Images)

Ever since Iraq’s most powerful cleric, Grand Ayatollah Ali al-Sistani, issued his call to action a week ago, Shia militias have been front and center in the fight.

Some of these have a pretty sketchy history with the US — think of Muqtada al-Sadr’s Mahdi Army and the damage it caused to US troops during the war.

Asa'ib Ahl al-Haq, which split off from the Mahdi Army, is now one of the most powerful of the Shia militias, and is closely aligned with Qasem Suleimani, commander of the Quds Force in Iran.

The Shias have their own problems with Maliki, whose own faction of the Dawa Party has been strongly favored over other groups, prompting Muqtada al-Sadr to call him a “tyrant.”

Now that Sistani has come out against Maliki’s style of government and called for a more inclusive approach, the rest of the Shia groups may be angling for a greater political role as a result of the current crisis.

Perhaps no group has used the implosion of Iraq more skillfully than the Kurds, who have seized opportunity and territory while showing that their Peshmerga forces are better-trained and more willing to fight than the Iraqi army.

When ISIL began its blitzkrieg assault on northern Iraq, it was the Peshmerga that stood up to them, taking control of oil-rich Kirkuk.

Kurds have long considered Kirkuk and its liquid gold to be theirs; they have now made that dream a reality. Erbil, one of the major Kurdish cities, has become a haven during the recent fighting, welcoming refugees and providing relative safety due to the tough and well-disciplined Peshmerga.

Kurds make up 15-20 percent of the Iraqi population; they are ethnically distinct from the mostly Arab Iraqis, with a language closer to Persian than to Arabic. They are predominantly Sunni, but have shown few signs of siding with the Sunni militants against the central government, preferring to defend the autonomy they secured in 1991.

They will have a tough time in the near future: the fighting has damaged a pipeline in Kurdistan that conveys oil to Turkey and the Kirkuk bounty will have to wait for calmer times before the Kurds can get any real economic advantage from it — provided, of course, it stays in their hands.

But for now, autonomy is looking very much like independence. According to Galbraith, the former diplomat, who worked as an advisor to the Kurdish government: “The Kurds will not be held in Iraq.”