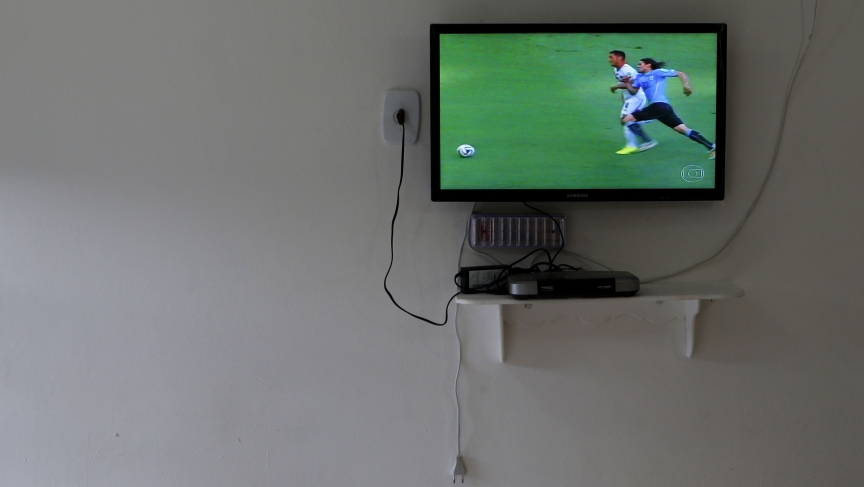 Sanchez, co-founder of the National Hispanic Foundation for the Arts, says that although he's primarily an English speaker, he has been tuning in to the Spanish language network Univision to watch the games and catch the commentary.

And, he’s not the only one. Univision has picked up millions of viewers throughout the game, edging out ESPN in the ratings.

When Sanchez started viewing the games on Univision he was surprised at what he heard from the Spanish-speaking commenters.

“Most recently was a characterization related to an Afro-Costa Rican player describing him not by his last name but by the color of skin, calling him ‘moreno,’” said Sanchez.

Sanchez noticed other charged words like "greña" being used by broadcasters.

“Greña really means messy hair but some individuals think of it as referring to African American hair and also describing it as ‘nappy’ hair,” said Sanchez.

Sanchez posted his linguistic concerns on Facebook and received many, many replies from other American Latinos like himself who were offended by the language being used by sportscasters.

Outside of the US, these cultural slurs and epithets are not necessarily seen in the same light in other parts of the Spanish-speaking says Sanchez.

“Therein lies part of the issue, which is that regardless of the fact that it’s being broadcast in Spanish, it’s still by a US broadcaster that needs to abide by American standards and American sensibilities,” said Sanchez.

Univision has responded to Sanchez’ complaints. The president of Univision Sports reached out to Sanchez and invited him to Miami to speak with broadcasters and commenters about his linguistic concerns.

“They recognize that the audience that has tuned in - some 42 million since the beginning of their coverage - that many of them are English language leaning Latinos who might experience things differently even if it’s in another language,” said Sanchez.

That doesn’t mean that Sanchez wants to water down the commentary or make it bland. He tuned in to Univision for the Spanish language style of calling a game, a style that is evocative and full energy.

And Sanchez says Univision needs to reassess just who is listening.

“Because we’re not necessarily in the same worlds, we have one foot in each world,” said Sanchez.