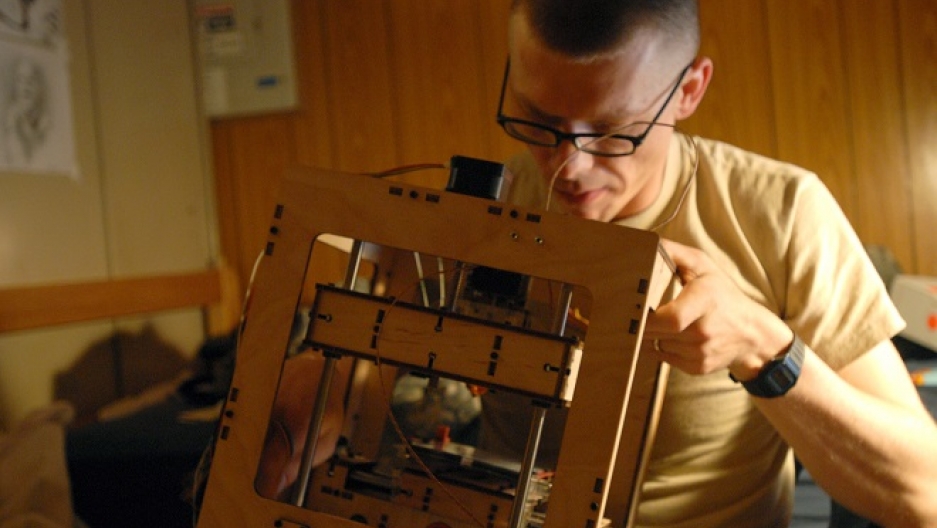 Imagine a US military team deployed in Afghanistan printing its own ammunition. Or perhap using a 3-D printer to rebuild a damaged fortification, or maybe recreating a drone shot down by insurgents.

It sounds far-fetched, but it may be the future of the military, according to an article in the latest issue of Armed Forces Journal. Wired magazine looks at the opportunities — and limitations — of 3-D printing on the battlefield, and how it may upend the way wars are fought. And this isn't just about the US military. China is quite interested, as well.

Britain bans creationism from its classrooms

Britain is sending a clear message through its school system: evolution is as close to scientific fact as there is.  Officials have declared that creationism has no place in science classes. It's the culmination of a long battle by scientists and others to ensure that schools that receive any government funding teach a basic science curriculum.

Up till now, only new schools had been required to teach the curriculum. Politics.co.uk looks at how the government finally found the will to shut down the evolution debate.

What do you do after being a childhood goddess?

Nepal has a tradition of selecting young girls to serve as the living embodiment of the Hindu goddess Durga. These girls, some as young as five, can't talk to outsiders or have their feet touch the ground outside their homes.

The faithful arrive for audiences, bringing offerings and gifts and seeking blessings. But when the girl has her first period, her time as a living goddess is over. PRI's The World producer Sonia Narang has photos, a video and a story on the tradition and how these girls transition from goddesses to grade school students.

General Qasem Soleimani is the commander of the elite Quds Force of the Iranian Revolutionary Guards. Now he's being called on to help Iraq in its fight against ISIS militants who have taken control of much of northern Iraq and threaten Baghdad.

Soleimani has already helped save one Iranian ally. He's credited with developing the strategy against militant groups in Syria, including ISIS, that has recently given Syria's government the upper hand in its civil war. He was also a key player when Iran advised the US in its invasions of Iraq and Afghanistan. The BBC charts his recent rise into the public view.

"I couldn't walk, I couldn't talk, I had never been held by anybody" — that's the life Peter Ferris Cochran escaped at 18 months old when an American family adopted him from an Irish home for unwed mothers. But that home has an even darker past — more than 800 babies died there in Tuam, Ireland, where Cochran was born.

Cochran has since returned to Tuam many times to explore the brutal history of the unwed mothers home, where Irish women were shamed and punished for having children out of wedlock. He told PRI's The Takeaway what he found out about the home and his own birth family.

The small community of Fermagh, Northern Ireland, is crowing about how hot it is there: hotter than Paris, Rome and Portugal. It's "warm temperatures" are leading to bustling business, especially at the local pubs, where World Cup soccer is on all the channels. But what exactly counts for noteworthy temperatures in Fermagh? 25 degrees Celsius — about 77 degrees Fahrenheit. Can we all move to Fermagh? The Fermagh Herald reports.