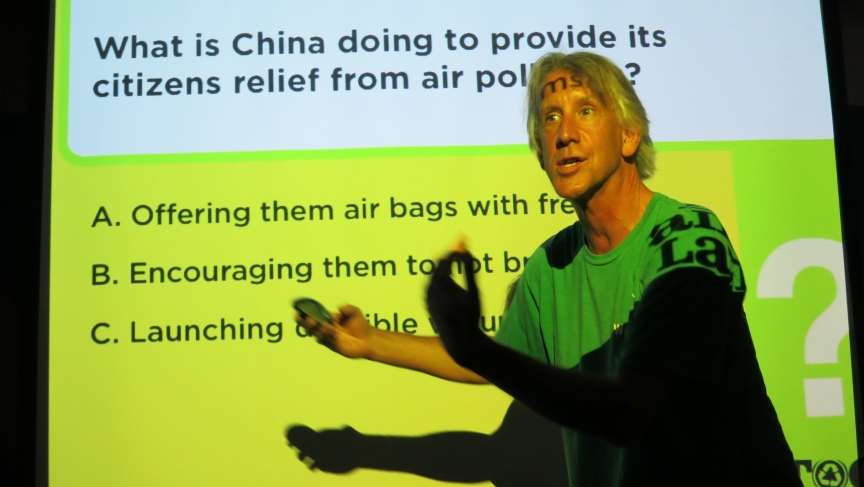 Jim Poyser acts as emcee for the "Ain't Too Late" show, a game show he created using gallows humor to educate people about climate change. He performs at a high schools and colleges throughout Indiana, as well at a monthly show at a community theater in Indianapolis.

About 50 people were in the audience at the IndyFringe theater near downtown Indianapolis. They were gathered to see the “Ain’t Too Late Show,” a  game show, performed monthly, about the impacts of climate change.

Karen Irwin was sussing out the audience, asking people what they did to help the environment on this day. Whoever gave the best answer got called up on stage.

Irwin then announced the winners. “The only person in this room who physically injured themselves today in the name of their commitment to the environment, Richard, come on up here. Richard rode his bike with a weed whacker to the shop to get the weed whacker fixed.”

After introductions, the questions began, a range covering domestic and international topics. For example, Irwin asked the contestants, “According to satellite data, what is happening to the Congo rainforest?” and then gives some choices. (The answer: It’s turning brown.)

Jim Poyser, who was standing off to the side, then provided some depth to the answers. The game show is Poyser’s brainchild — he half-jokingly calls himself, an “ecotainer.”

“I actually have this wonderful job running a non-profit called Earth Charter Indiana,” said Poyser. “And my main mission is to start a youth program, and I like to think of it as intersection of climate stewardship and civic leadership.” 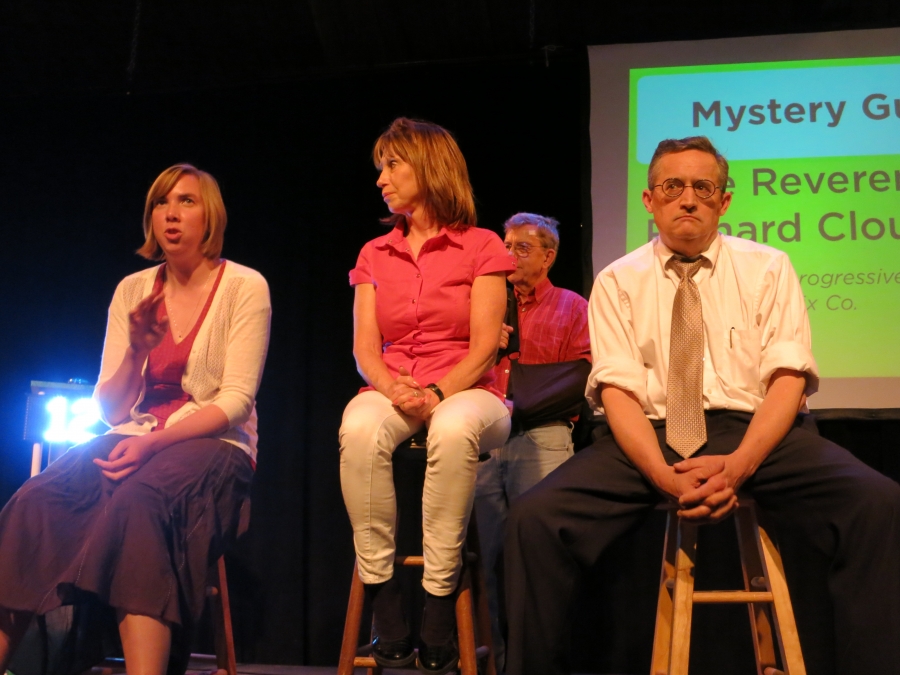 Contestants on stage play a segment of the "Ain't Too Late Show" where they try and guess the identity of a mystery guest, someone engaged in the battle to combat climate change.

Poyser also brings his show to high schools and colleges throughout the state.

Poyser is likable and goofy. He’s lanky, with a mop of grey hair and a very expressive face. Poyser goes on lots of eco rants. He says he always chats with people in line at the grocery store offering unsolicited eco advice, like, restaurants waste a lot of plastic.

“They bring me a straw automatically because we live in a culture that is default straw,” Poyser said. “It drives me crazy.”

Poyser is aware that some see him as a preachy nudge, and that’s why he keeps things light.

I followed Poyser to a show at a local Indianapolis high school, Gambold Prep, where he read questions. The audience members, high school students, laughed at him excitedly running around the stage and asking questions.

“In terms of educating about climate change, what is Wyoming the first state in the United States to do?  Reject the new science standards? Use American sign language in the instruction? Use emoticons in the instruction.”

You know the answer. So did the students.

“That is correct! 10 points!” Poyser hollered out.

The kids were loving his act; beats the heck out of class, right? And they were engaged. Many asked for more detailed information. Several students asked why Wyoming students weren’t learning about climate change.

“Because it might not be real, because if you learn about climate change, you might have to stop burning coal,” said Poyser, with a tone of heavy mockery.

Now, here’s something that I was having trouble with watching the shows: Are the impacts of climate change funny? What’s humorous about droughts, hurricanes and melting glaciers?

Poyser readily admits, some of his friends don’t think his game show is appropriate or helpful.

“I’ve always felt humor was a great approach to tackling serious issues,” said Poyser. “I feel like climate change is such an enormous issue it transcends all known human emotion. It’s no more funny, than it is horrifying than it is sad than it is an outrage.”

I spoke with some audience members, at the grown-ups show, and asked why they were laughing at climate change.

“I think there’s a 'laugh because it’s so terrible, you don’t know how else to respond' kind of reaction,” said Kat Coplen.

Daniel Jones said, “We’re all trying to deal with this horrible thing that’s going on together. And I think laughter is one way of doing that.” 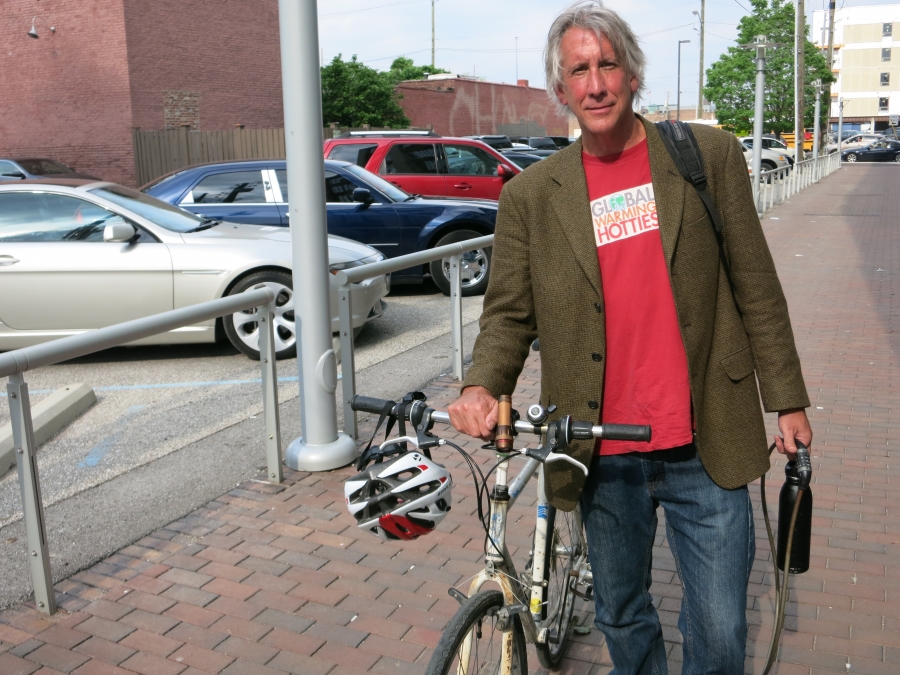 Besides running a game show, Poyser is executive director of the group "Earth Charter Indiana." He also runs a small summer camp for children in Indiana to learn more about climate change and the environment.

Okay, fair enough. But next critique… Most of the audience members rode bicycles to get to the show, which made me wonder: Is Poyser just preaching to the choir?

Yes, he said, “[But] I kind of feel like that when I’m in a room of people in the choir, my job is to activate the choir.”

That is, to move people from feeling concerned about climate change to feeling a sense of urgency. Poyser said he stays upbeat and humorous because he has no other choice.

“Unless I’m having a really good day and forget, I actually give up every single day. I give up to that despondency, to that sense of hopelessness. But I don’t push it away, I let it in. And then I work my way through that. There is no luxury of surrender to this as far as I’m concerned, because these young people are going to be the ones to suffer from the decisions that I make today, and my decision is going to be: I’m going to keep trying.”