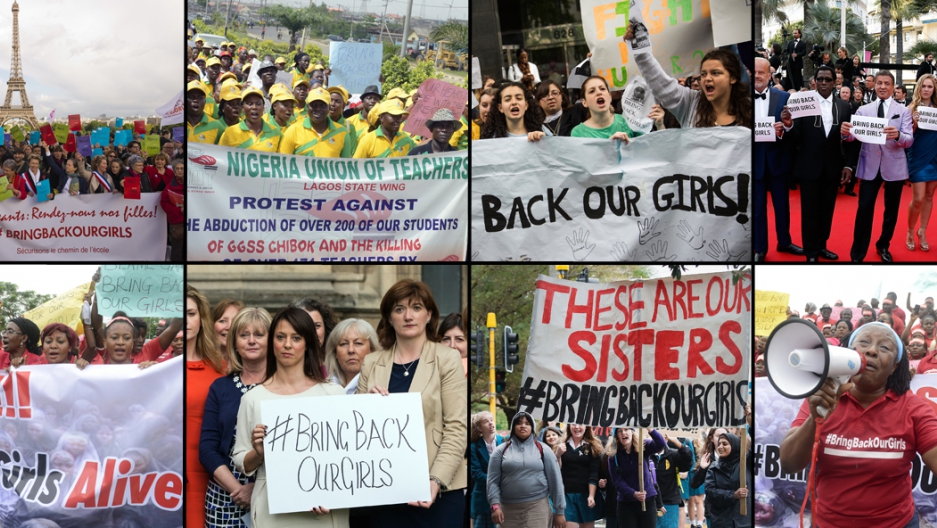 ABUJA, Nigeria — With five girls from his family kidnapped, and no rescue in sight, Tsambido Hosea Abana is losing hope.

It’s been 46 days since more than 200 schoolgirls were abducted from Chibok, northeastern Nigeria, and still they are in the clutches of Boko Haram. Abana, who has three nieces and two cousins among the missing girls, had figured they would be swiftly found.

“I can’t understand the direction in which this thing is going now,” said Abana, 51, chairman of the Chibok community in Abuja, Nigeria’s capital. “The problem is how to take them out from these insurgents’ hands. What method are they going to use to take them out unharmed? This is taking too long.”

As the Chibok crisis drags on, these are the frustrations among families of the kidnapped schoolgirls, coupled with anger over the lack of a clear government response. At the same time, there are growing fears among Nigerians that the girls are being brainwashed, and won’t ever be the same again if and when they do make it home.

President Goodluck Jonathan — who has yet to visit Chibok after canceling an expected trip — has been criticized for his floundering response throughout the crisis. A presidential fact-finding committee returned from Nigeria’s northeast this week without even visiting Chibok town.

Meanwhile, a reported impasse between the military and government over how best to rescue the girls has done little to instill confidence. Jonathan has publically ruled out a negotiated prisoner-hostage swap, as proposed by Boko Haram, while army chiefs warn that the use of brute force in a rescue attempt could seriously endanger the girls.

More from GlobalPost: Despite #BringBackOurGirls, Boko Haram attacks are escalating

Shehu Sani, a rights activist who in 2011 and 2012 served as a mediator in talks between Boko Haram and the Nigerian government, argues for negotiations to free the girls. But he fears the government’s slow response may already have done irreparable damage.

“The danger of waiting for so long to free the Chibok girls is that the group can radicalize these girls, to the point that by the time they are released, they either become a nuisance to the society or they become part of the problem,” he said.

“Brainwashing, indoctrination is part of the strategy of the insurgency in terms of getting recruits. Most of those they abduct, they don’t kill — they incorporate them into their own fighters,” Sani said. “Brainwashing is part of their game.”

“The abduction might turn into [a] next phase, the girls may be brainwashed to continue their struggle, they could be used to target any person, this is why all hands must be on deck to fight terrorism,” Onwuliri is reported to have said during a recent day of prayer for the abducted girls.

A video released by Boko Haram earlier this month showed some of the kidnapped girls, who are between the ages of 16 and 18, reciting verses from the Koran and talking about converting from Christianity to Islam. All of them, both Christians and Muslims, were dressed in dark, full-length hijabs.

Tsambido Hosea Abana, who attends daily #BringBackOurGirls rallies in Abuja as part of efforts to put pressure on the government, said he doesn’t think his nieces and cousins have truly been converted as shown in the video.

“Being in a hijab, it doesn’t mean anything for me. Because it is just a cloth — you can remove it at any moment you want,” Abana said.

Pudza Habila, 43, whose five nieces were kidnapped from the school — one of them escaped — said he is “discouraged” with the government’s handling of the kidnapping, and decried the presidential fact-finding mission as “fluff.”