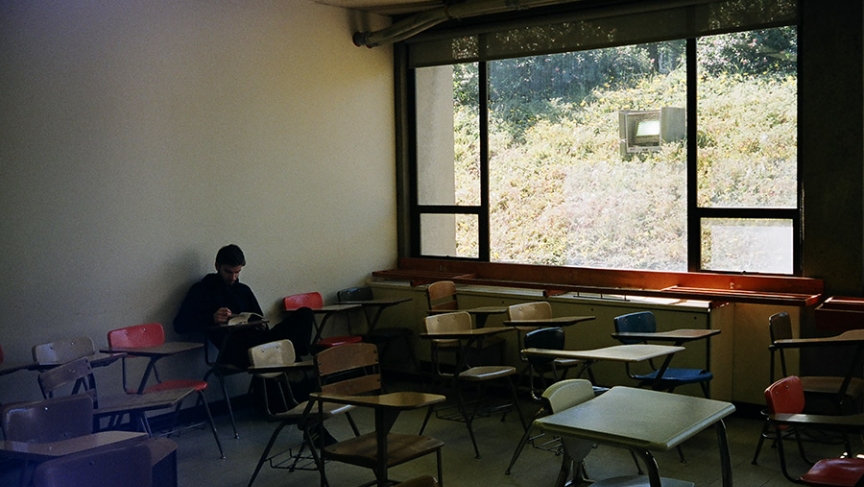 Colleges are considering "trigger warnings" to protect sufferers of PTSD from being re-traumatized.

It's one thing to get a little squeamish at the sight of blood in your bio class. But what if your reaction included a panic attack, blacking out, hyperventilating, screaming in a classroom and feeling so much like you are under physical threat that you act out violently in front of other people?

For those with PTSD, certain content — whether it is sexual violence, graphic torture or intense war imagery — in books and movies can trigger past experiences. In response, students across the country are advocating for "trigger warnings" in academic settings, in order to prevent students from re-experiencing trauma.

University of California, Santa Barbara has become the first school to mandate trigger warnings in college courses. Students at Oberlin College, Rutgers University and other schools want to make it a campus policy, too. But the growing practice is not without its critics, who say it caters to overly-sensitive students and blurs the lines between protection and censorship.

Despite the controversy around trigger warnings, Ari Kohen says they're common sense. Ari is a professor of political science at the University of Nebraska in Lincoln. He doesn't sugar coat challenging material for his students, but includes warnings when the content is clearly hard to stomach for certain people.

"I think that sometimes it can make sense, and sometimes it can be a little bit overblown," he explains. "I teach a variety of different classes here — some political philosophy and some human rights courses. In my human rights classes, I've always told students from the first one that the material is potentially very upsetting because we're dealing with torture, genocide and sexual violence. The potential there, I think, is quite real to be not simply disturbing."

Professor Kohen says that because of the evocative course materials he chooses for his classes, he understands why some students could potentially be traumatized or re-traumatized, especially if an individual has had experience with violence, assault, war or other traumatic events.

"In that case, I tell students: 'Look, this is the class that you signed up for and this is the kind of material you're dealing with — take care of yourself, and know what you're getting into,'" he says.

When it comes to disturbing material, Kohen advises students to read the material slowly, take breaks and read along with a friend — something he says has helped students and his classes improve.

"I think when you do that, it really lets students know what's coming," he says. "Because they're prepared for it, because they're taking their time, it's really led to much better discussions in class after they've done the work."

While that may be the approach Kohen takes for his courses on human rights, it's not a hard and fast rule for his political philosophy classes, he says.

"When I teach a political philosophy course, if they're reading Plato or they're reading Nietzsche or something like that, the idea is for them to be challenged," he says. "I want to kind of shake them up and I want ask them questions that make them really consider their previously held opinions or beliefs."

Kohen stops short of endorsing UC Santa Barbara's approach of mandating warning labels, saying educators do not want to be "sanitizing everything" for students.

"College is a time when they're supposed to figure out what they can do and what they want to learn about, and really kind of push themselves," he says. "My sense is that this has to be something that faculty are figuring out on their own. I think that if this is being mandated, if it is a requirement that we have to issue blanket caution to everybody, I think the potential exists to really dumb down what we're doing in the classroom."

Instead of issuing mandates, Kohen says it would be better to have educators independently take a more "mindful" approach to course material.