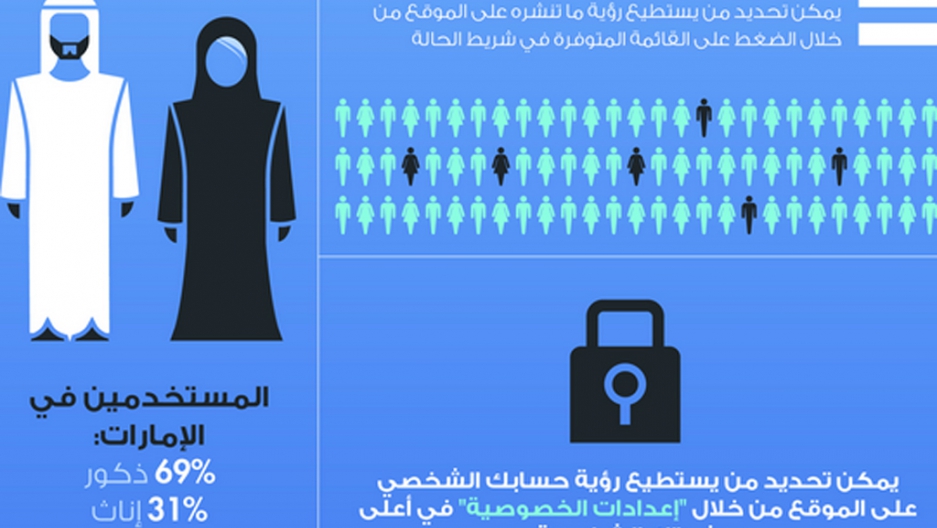 No tagging others without their consent if you use Facebook and live in the United Arab Emirates.

Pornography? Also a no-no, as is posting any content "contrary to public morals," according to new social media guidelines issued by the country's Telecommunications Regulatory Authority.

According to the TRA, about 69 percent of the country's men and 31 percent of women use Facebook.

The guidelines were drafted after a review of Facebook's own user and privacy guidelines.

Here's a breakdown of the Facebook do's and don'ts:

No tagging others without their consent

This is perhaps the most puzzling of the guidelines, as tagging people in photos (whether they know it or not) is pretty routine on Facebook.

And if someone doesn't want to be tagged, they can simply untag themselves.

The TRA doesn't really explain the requirement, and Dubai-based social media expert Dushyant Bhatia told the Khaleej Times that it's not practical.

"Giving consent to a tag or allowing a tagged post on the timeline is in the hands of the user who is getting tagged once the notification goes to them," he said.

Again, this is pretty vague, although the report does cite Facebook's own guidelines, which include provisions against hate speech and any content that incites violence or which is threatening or contains graphic or gratuitous violence.

The country's internet providers, Etisalat and du, already ban "politically sensitive material" and anything that goes against the perceived moral values of the UAE.

So I guess this is just a reminder?

No posting pornography and/or nudity

This, too, is spelled out in Facebook's own rules and guidelines.

And it also seems pretty redundant, given that the UAE's internet providers already outlaw pornography and prohibit access to any online dating sites.

Apparently, this is a problem in the UAE.

Bhatia told the Khaleej Times he hoped this rule in particular would cut down on fake Facebook accounts.

"There are people who make 10-12 fake accounts to participate in contests to win prizes and for other secret purposes," he said.

"Other secret purposes?" Consider us intrigued.

This is all the more interesting considering that the TRA was accused of blocking Facebook for a time in 2007. In 2012, internet restrictions were enacted to hinder the use of social media to organize protests.