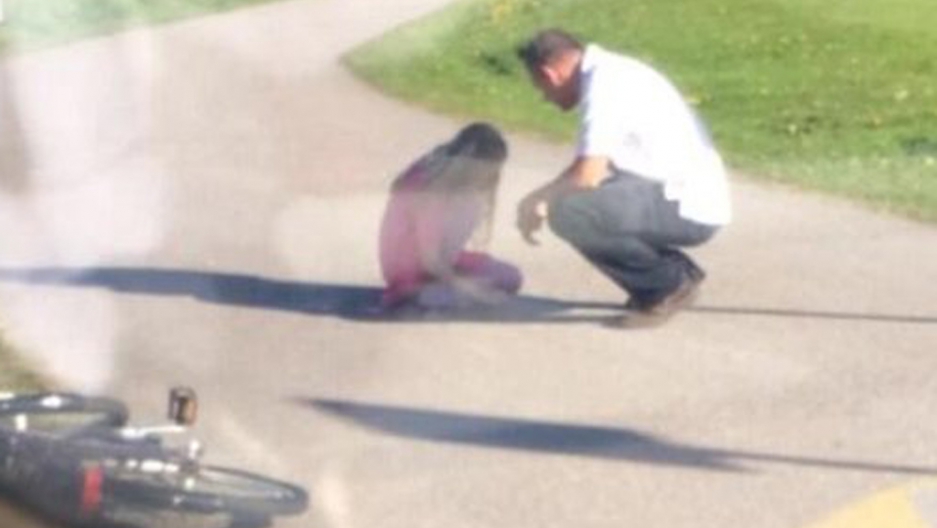 A driver who stopped his bus to help a crying girl is being hailed as a hero in Sweden. It doesn't take much these days.

Andre Grandin spotted the girl crouched next to a busy roadway last week. He pulled the bus over and hopped out as befuddled passengers looked on.

After comforting her for a few moments, he jumped back on to the bus and drove off.

Passenger Emma Gustaffsson managed to snap the above photo of the encounter, which was widely circulated on social media in Sweden.

"It came from nowhere," Gustaffsson told the Expressen newspaper of the sudden stop. "We didn't know what was going on. But then we saw that he walked up to a crying girl sitting on the road. It was really cute."

As it turns out, some of the 10-year-old girl's peers had upset her.

Grandin told local media he stopped to check if she was injured, saying it was "in his nature" to help someone crying or in pain.

The pair was reunited recently for a photo op, and Grandin's home has been inundated with flowers.

What did YOU do today?