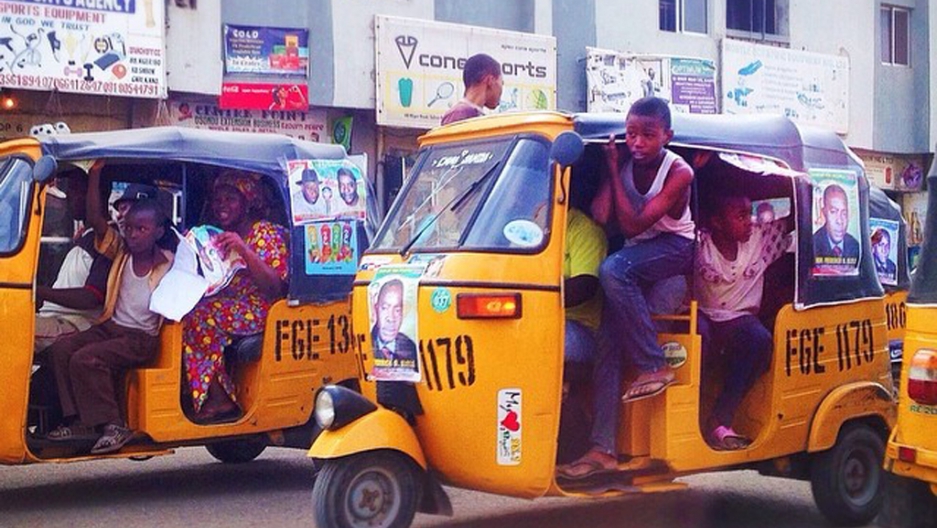 UPDATE: A crowded market in the central Nigerian city of Jos was struck by two bombs on Tuesday.

At least 118 people were killed in the twin blasts, the National Emergency Management Agency said.

Nearby, a hawker sold books on Western business acumen to motorists stuck in heavy traffic. Friends met for ice cream at a new shopping mall down the road.

On Sunday night, that fragile peace was threatened when a suicide bomber attacked a busy road of taverns in the mainly Christian area of Sabon Gari — “strangers’ quarters,” in the Hausa language.

The blast was a searing reminder of the Boko Haram bombs that killed 27 people in Sabon Gari last July, and the widespread attacks on Kano in January 2012 — the deadliest-ever until the razing of Gamboru village this month.

Some 185 people were killed when various government offices in Kano were bombed, and in the aftermath when militants drove around the city shooting pedestrians at random and battling police.

Terrified by the violence, many traders stopped coming to Kano and residents upped and left. The streets of this city of 4 million-plus people grew strangely quiet.

But two years on, life had started coming back to the city, thanks to a two-pronged approach by the state government. Sunday morning before the blasts it had been business as usual for Kano, Nigeria’s second-largest city and ancient commercial capital of the country’s much-maligned northern region.

Residents and even the governor in the last few days spoke proudly of Kano’s successes in fighting the scourge of Boko Haram. The threat had largely migrated to rural areas, particularly northeastern Borno state, where in Chibok more than 200 girls were kidnapped from their boarding school.

All around Kano state security forces including police and army are prominent at guard posts and checkpoints. Military forces and grassroots neighborhood watch groups have come out to help keep their streets safe.

And with an eye to long-term security, Kano’s state government has expanded educational and training opportunities for youth who might otherwise be jobless and vulnerable to recruitment by extremists.

Umar Aliyu, 18, said Kano was once again attracting ambitious young job-seekers, and those who fled after the 2012 attacks are returning to the city. Aliyu himself is headed to Switzerland for university, but intended to look for a job in Kano after graduation.

A major initiative has been a ban on the “Almajiri” system, an old tradition in which rural families in northern Nigeria send their young sons to Koran schools in the cities. These boys — an estimated 1.2 million of them in Kano state alone — survive by begging on the streets, and are vulnerable to radicalization and to being exploited by Boko Haram.

“It's not an issue of just bringing police and soldiers with guns and tear gas,” Rabiu Musa Kwankwaso, governor of Kano state, told GlobalPost in an interview.

“The issue is, engage the young men and women. Make them gainfully employed, put them in schools and institutions, talk to them, put them in entrepreneurship institutes so they can learn something.”

The police and military are aided by unarmed groups of community members who provide valuable on-the-ground intelligence and tips.

One of them is a privately-funded neighborhood watch organization somewhat confusingly known here as the “vigilantes.” There are more than 35,000 members of this group in Kano state, who are armed with small knives, sticks and slingshots, and provide information to state security authorities.

“We are indigenes of where we live, so we give information. So they can know where Boko Haram are living and strike there,” said Mohammad Alhaji, state commander of the vigilantes.

Another group is called Hisbah, which has 9,000 officers and describes itself as assisting the police and “encouraging morality” — a sort of Islamic vice squad, clamping down on prostitution, drugs and other crimes.

Mele Kyari, 49, a manager of a new Islamic education and cultural center in Abuja, said that in northeastern Nigeria — where Boko Haram has caused the most damage — the root of the problem isn’t being dealt with.

Kyari, a geologist originally from Maiduguri, capital of Borno state in the northeast, said it is the economic disparity, deprivation and extreme poverty that fuels Boko Haram.

“You become desperate,” he said. “You are told the elites have no care for you and that the system is designed to deprive you, and you must replace the system. It can be very attractive. People need something to believe in.”

A problem for soldiers fighting Boko Haram in Borno state — which includes the town of Chibok — is that they generally aren’t from the area and can’t identify the extremists.

“They haven’t done much to win the trust of the local community,” Kyari said.

"Any solution will have to involve the communities. This is not regular warfare. It is a street fight.”

In Kano, residents have grown more suspicious about outsiders and cautious about their neighbors.

Father Gabriel Ikor, a priest at Our Lady of Fatima Cathedral in the Sabon Gari area, said that because of Boko Haram there is a lingering nervousness in the city.

The Cathedral’s sprawling grounds are surrounded by a cement wall topped with razor wire, and a secondary metal fence. Visitors are searched, and strangers are closely questioned.

“The situation is getting better in Kano,” Ikor said. “But you can’t underestimate these people [Boko Haram]. When you think that all’s well, that’s when they strike.”