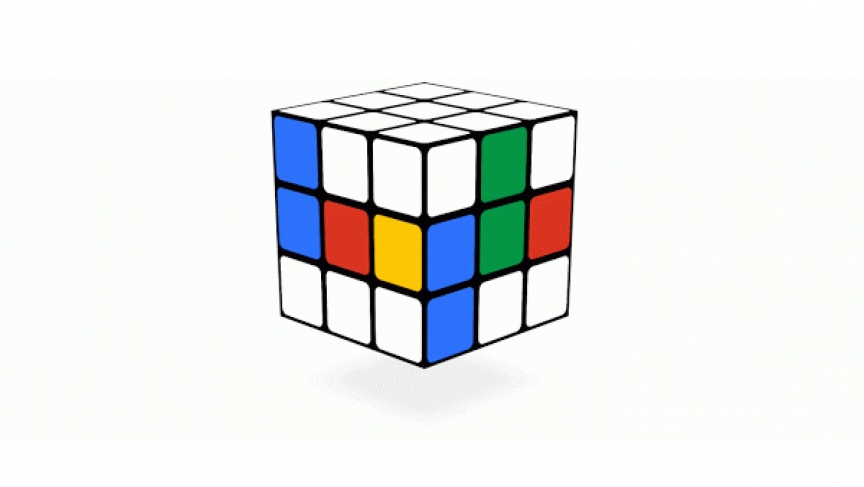 In honor of the 40th anniversary of the Rubik's Cube, the brain teaser made Google's Doodle.

When I woke up Monday and before I began stretching at 6am, I powered up my hand brain (i.e. my smart phone) and opened Google.

You can actually play it and shift the right colors into the right spot. But what pops in my mind when I see it now is not the vortex that the game once drew my college buddies down into.

The first thing I thought of — Edward Snowden was holding a Rubik's Cube when he met journalists Glenn Greenwald and Laura Poitras at a hotel in Hong Kong last year. Here's the key passage in Greenwald's new book, No Place to Hide: Edward Snowden, the NSA, and the US Surveillance:

"Laura told me that once we got to the third floor, we were supposed to ask the first hotel employee we ran into near the designated room whether there was a restaurant open. The question would signal to Snowden, who would be hovering nearby, that we had not been followed. Inside the designated room, we were to wait on a couch near "a giant alligator," which, Laura confirmed, was some kind of room decoration rather than a live animal.

We had two different meeting times: 10:00 and then 10:20. If Snowden failed to arrive within two minutes of the first time, we were to leave the room and come back later at the second time, when he would find us.

"How will we know it's him?" I asked Laura. We still knew virtually nothing about him, not his age, race, physical appearance, or anything.

"He'll be carrying a Rubik's Cube," she said.

I laughed out loud: The situation seemed so bizarre, so extreme and improable. This is a surreal international thriller set in Hong Kong.

...The first thing I saw was the unsolved Rubik's Cube, twirling in the man's left hand."

That story — indeed the stuff of international thrillers — is now legendary. Years from now, after the movie has been made (yes, Sony has purchased the film rights to Greenwald's book), the association of Rubik's Cube with Snowden will start to eclipse any associations with high school geeks and MIT time-suckers. 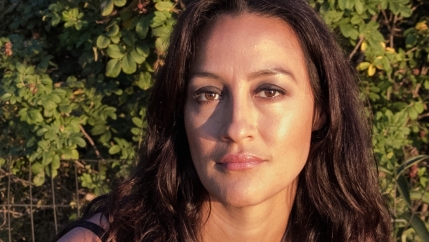 In my mind, Rubik's Cube has gone the same way as Jell-O.

My kid is sick right now, and when I opened the fridge this morning and saw her half-eaten lime Jell-O, all I could think of was Julius and Ethel Rosenberg. The couple was convicted of and executed for espionage in 1953, allegedly passing Los Alamos nuclear bomb secrets to the Russians.

And the way the Rosenbergs would recognize the authenticity of the courier with those Los Alamos plans was that the person would first present to them an old Jell-O box top. Such a box top was offered by Ethel's brother David Greenglass as state's evidence in the Rosenbergs' trial.

I wasn't alive at the time, but by the time I knew about the Rosenbergs, the Jell-O box had its own lore. Rebecca Onion wrote about it for Slate last year.

"In a moment of courtroom theater, Assistant U.S. Attorney Roy Cohn asked Greenglass to use this stand-in Jell-O box to demonstrate Rosenberg's technique. Greenglass cut the flap listing a recipe for Coconut Bavarian Cream, and the box was entered into evidence."

It's weird to have unlikely pop culture references like Coconut Bavarian Cream, Jell-O and a Rubik's Cube entering high stakes international espionage. It makes you wonder if Snowden's Rubik's Cube will ever one day make an appearance in court.

The Jell-O box from the Rosenberg trial, now part of the National Archives