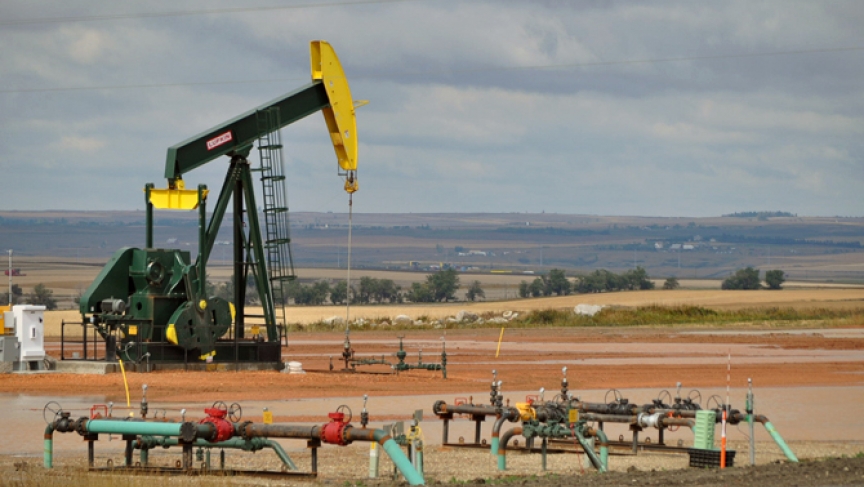 Hydraulic fracturing has created a boom in natural gas production and a chorus of critics. One family in Texas finally had its day in court against the industry. And it won.

The Parr family lives on a 40-acre ranch near Decatur in northern Texas. Their land is surrounded by 20 wells within two miles of its boundaries. The family sued Aruba Petroleum for its drilling operations, including fracking, which they say have created pollution that caused myriad illnesses and killed their pets and livestock.

Fracking is a process that injects water and chemicals into shale formations to release oil and gas. Critics warn that the process pollutes well and ground water, as well as the air.

Lawsuits like the Parr family suit, alleging environmental harm and personal nuisance, are becoming more common, but nearly all are settled out of court or dismissed.

In this case, Aruba Petroleum decided to let the case come to trial, and a jury awarded the Parr family $2.95 million in damages.

Hannah Wiseman, an environmental and energy law professor at Florida State University, was surprised by the result. “This is one of the first cases to go to trial on the issue of nuisance associated with oil and gas — and particularly hydraulic fracturing,” Wiseman says.

Wiseman says there are more than 1,700 gas wells in Fort Worth, Texas alone. She believes the proximity of wells to farms and houses may be creating more concern about fracking's environmental effects.

"There’s [a] view that people in Texas don't tend to complain because they're happy with the profits that oil and gas drilling bring into the state," she says. "But as drilling expands, there's a concern that wells are increasingly close to people's houses.”

So with few legal victories to date, how was the Parr family able to persuade a jury to award them $3 million dollars?

Wiseman says the family alleged a nuisance — which is an “unreasonable interference with the enjoyment of their property," and persuaded the jury that their health problems were caused by oil and gas activities near their property.

“The Parr family showed dizziness, nausea, possibly immune effects, lymph nodes enlarged on the necks,” she explains. “They had reports from blood tests suggesting changes to their health [had] occurred after oil and gas activity began.”

The Parr family also claimed damage to their livestock, which Wiseman says is a big deal in Texas.

This is apparently the first jury award of its kind. Still, Wiseman believes the case is vulnerable to appeal and Aruba says it will appeal.

“My best guess,” she says, “is that it [will] end up in the Texas Supreme Court, because this could be a monumental case both for plaintiffs and for the oil and gas industry, and I think strong arguments will be made by both sides on appeal.”