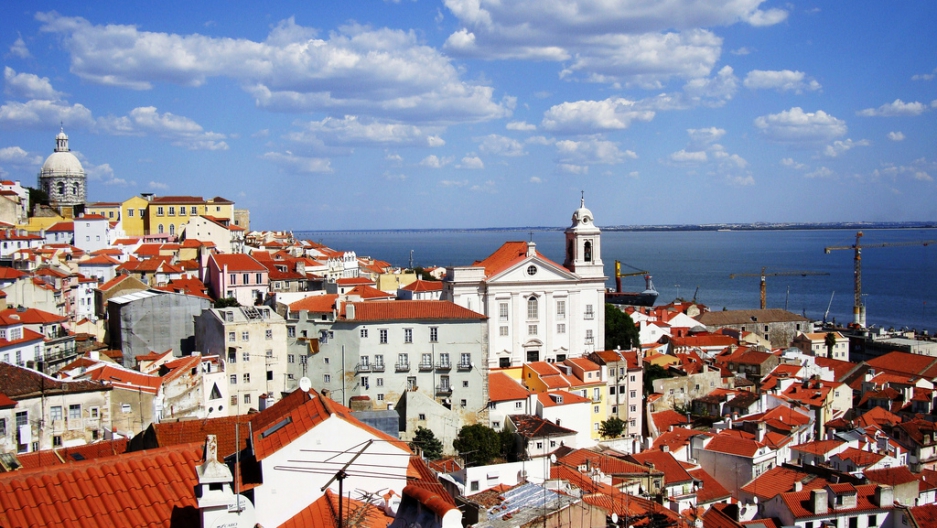 1. It basks in Europe's greatest climate 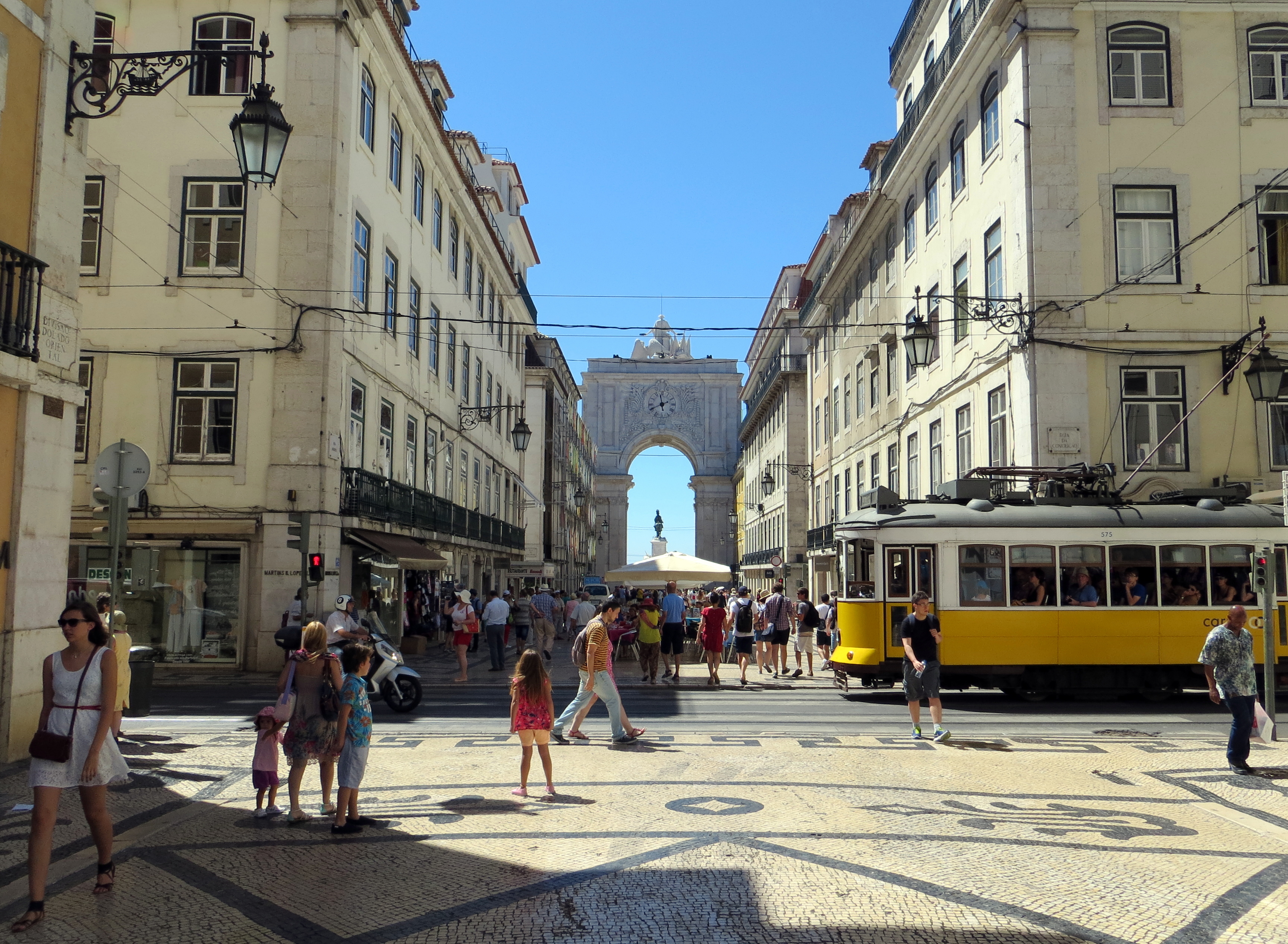 More sunshine than Madrid, Rome or Athens — yet while they all sweat through the Mediterranean summer, there's usually a breeze blowing off the Atlantic to give Lisbon natural air-conditioning.

2. Cervejaria Ramiro is so, so, so good

Lisbon is full of great places to eat super-fresh seafood. This is the best.

3. The beach is 20 minutes from downtown 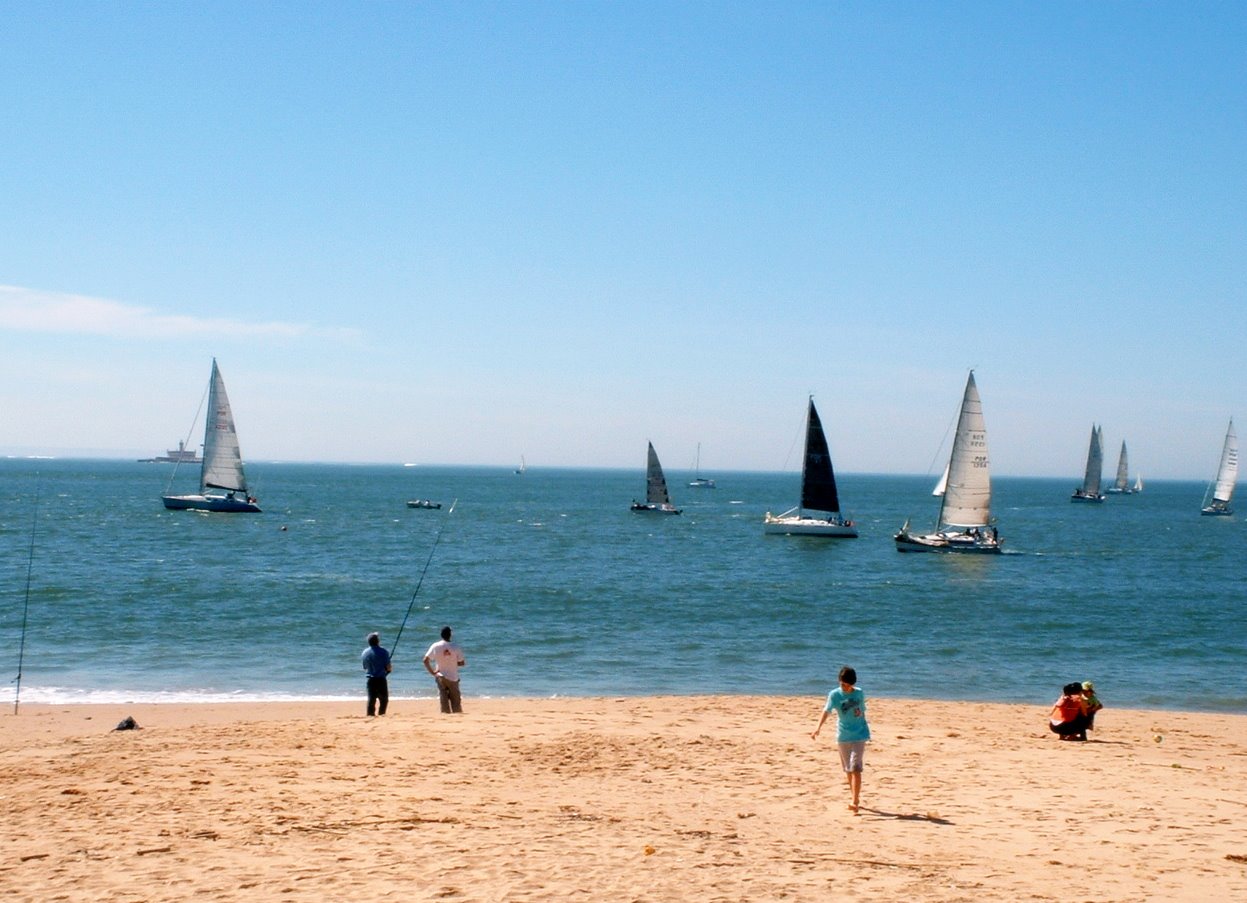 The soft sandy beaches of Oeiras and Cascais are a short hop along a coast-hugging suburban rail line. There are countless other choices too. In less than an hour's drive you can plunge into bracing surf at Guincho, or chill in a sheltered bay fringed with white sand beneath the green hills of Arrabida.

4. Tram 28 exists and makes everyone happy 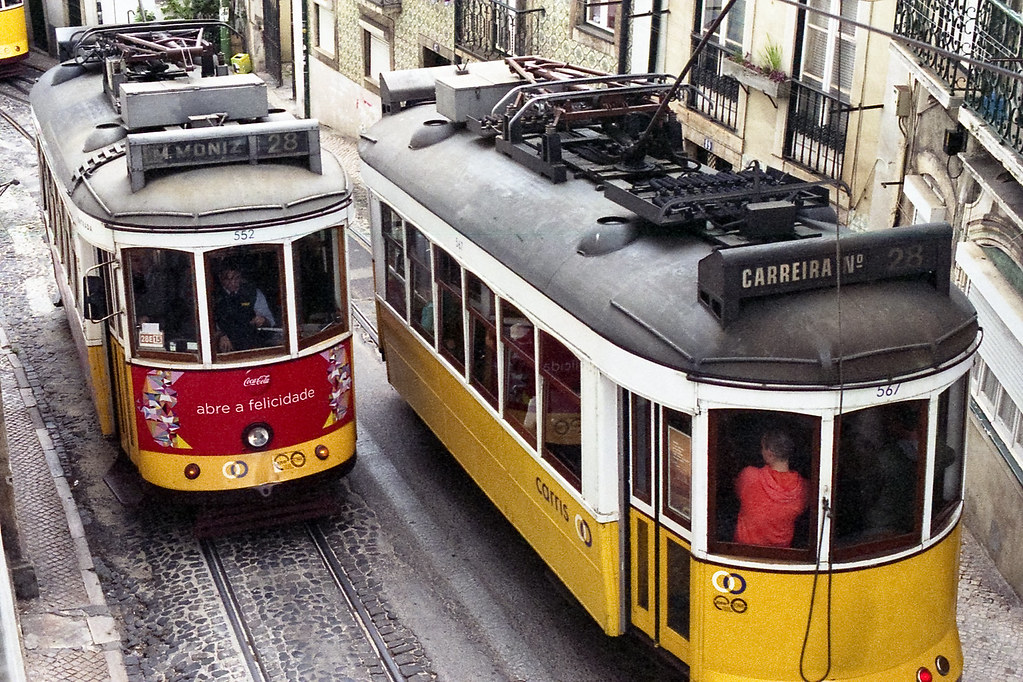 Every tourist knows about the little yellow street cars that ply this line, but the five-mile ride is still the coolest (and cheapest) way to see the city. The trams rattle through a succession of historic neighborhoods carrying locals and sightseers squeezed in sardine-style, while cheeky urchins cling perilously to the running boards for a free ride.

5. It's got a river that feels like the sea 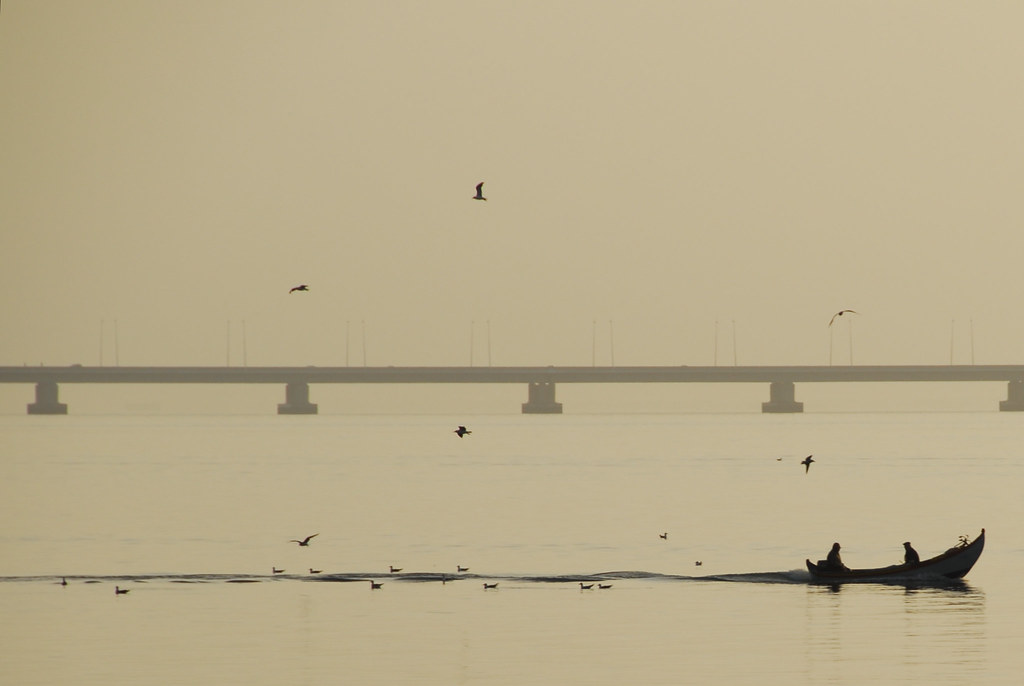 The Tagus at its widest is over 10 miles across, forming western Europe's largest estuary. It's a haven for wildlife — including pink flamingos that flock to the far bank. The river water's reflected sunshine gives "the white city" its unique milky light.

6. It is mainland Europe's closest capital to Africa and Latin America — in all sorts of ways 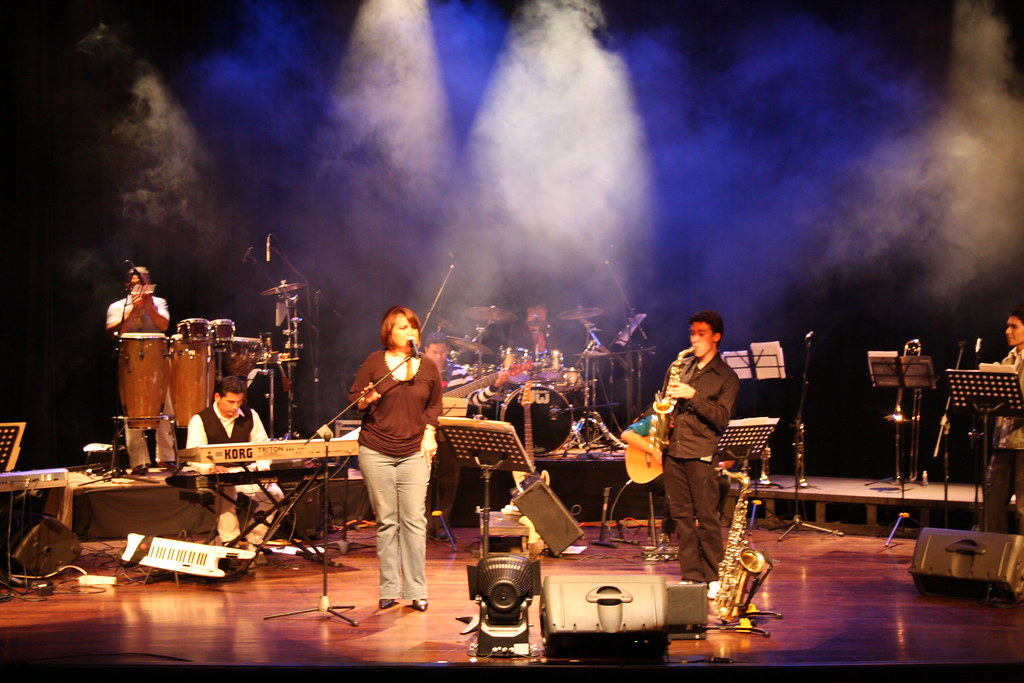 It's not just the weather. Lisbon's public gardens are filled with lush tropical foliage. Countless Lisboetas have roots in Brazil or Portuguese-speaking Africa. There are bars playings bossa nova and serving caipirinhas; nightclubs where you can sway all night to the rhythms of Cape Verdean coladeiras or Angolan kizomba; restaurants dishing up Brazilian feijoada or the sophisticated, coconut-infused cuisine of Mozambique. 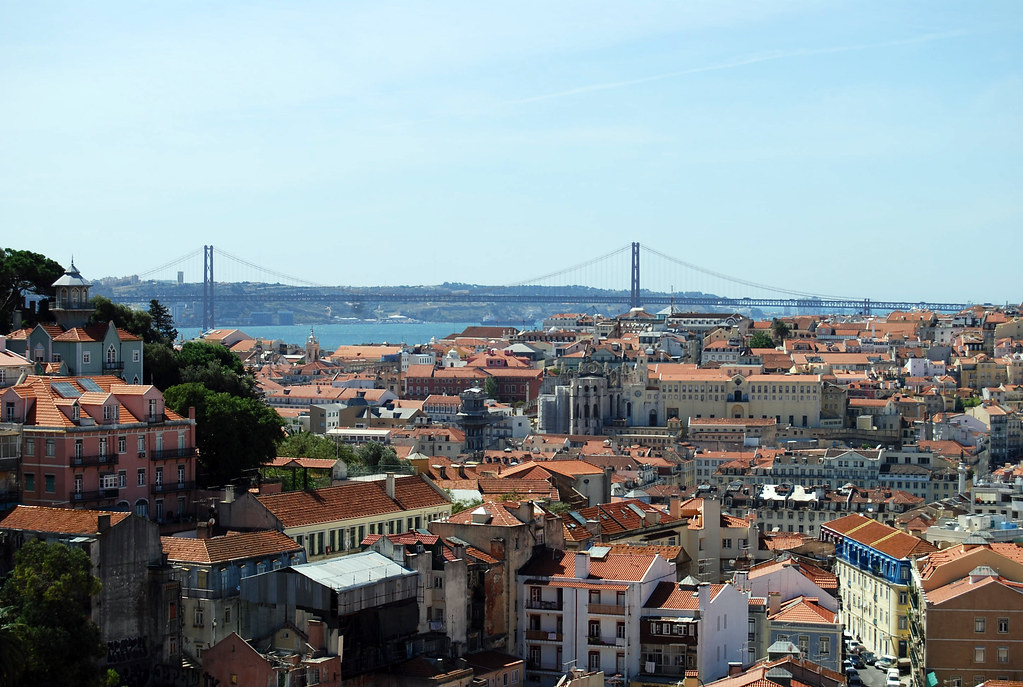 Like the Italian capital, Lisbon is supposed to have been built on seven hills. Almost every one offers a fabulous view, from across the rooftops of the old city to the shimmering waters of the Tagus beyond. For the full panoramic experience head for the terrace bars at the view points of Portas do Sol, Sao Pedro de Alcantara, Graca or Santa Catarina.

8. The LX Factory has brought life back to a forgotten corner of the city

Take a rundown industrial site, fill the factories and warehouses with funky stores, restaurants and galleries, bring life to a forgotten corner of the city.

9. Getting lost here is a delight 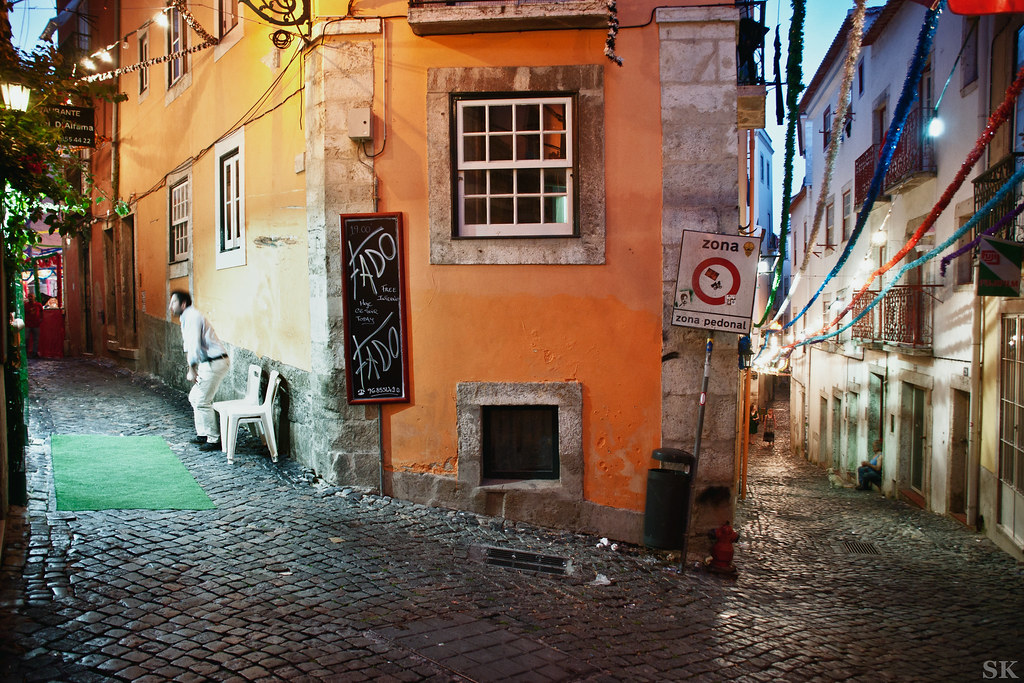 Lisbon is reckoned to be Europe's second oldest capital (after Athens). It was ruled by Romans, Germans and Arabs before Portuguese crusaders conquered it in 1147. Wandering aimlessly through the souk-like streets of ancient neighborhoods like Alfama, Mouraria, Bica or Madragoa is one of the city's greatest pleasures.

10. Football is a religion 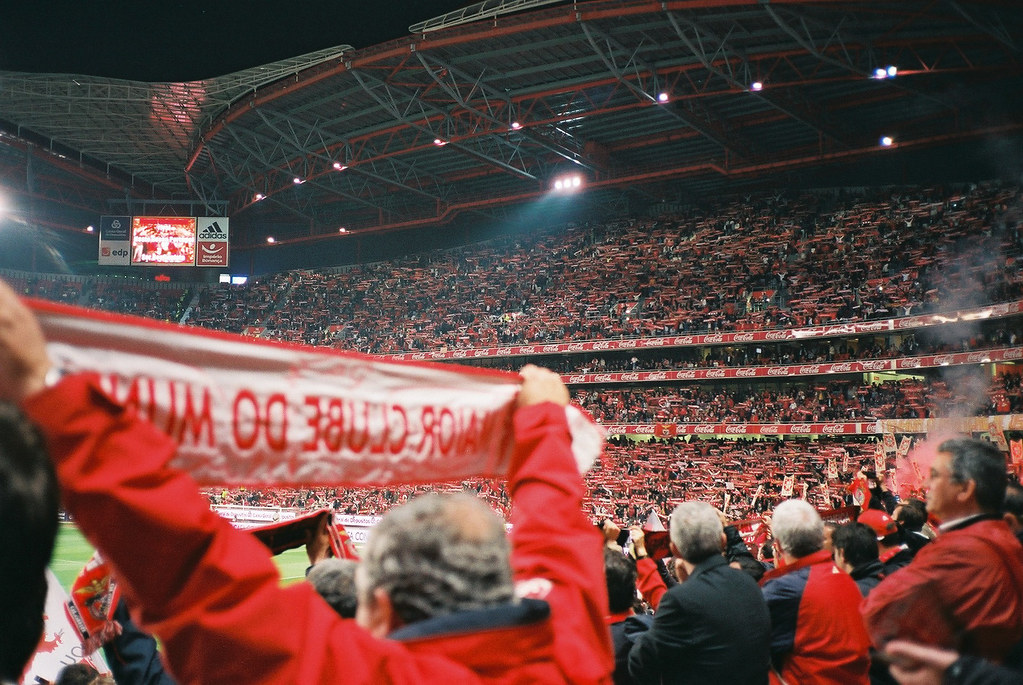 Some cities are divided by language, faith or politics. Lisbon is split down the middle by citizens' unbreakable devotion to either the eagles of red-shirted Benfica, or Sporting's lions in green. Few sports events unleash more passion than a game between them.

11. The coffee is better here than there 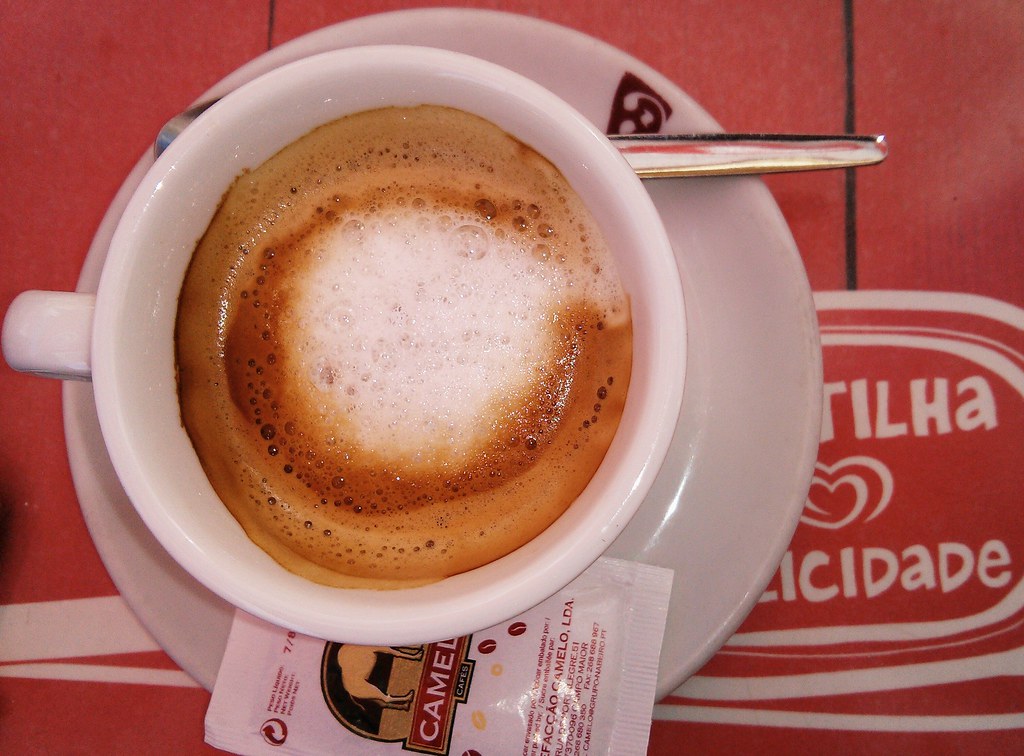 In its empire building days, Portugal managed to colonize Brazil, Angola and East Timor — producers of some of the world's finest coffee. Lisbon today runs on superpowered espresso served in tiny shots known as bicas.

You can overdose on the arts — from the gilded interior of the Sao Carlos opera house, to the fabulous art in the Gulbenkian Museum and Berardo Collection, to endless open-air music festivals through the summer.

13. You can drink ginjinha in gardens all over the city 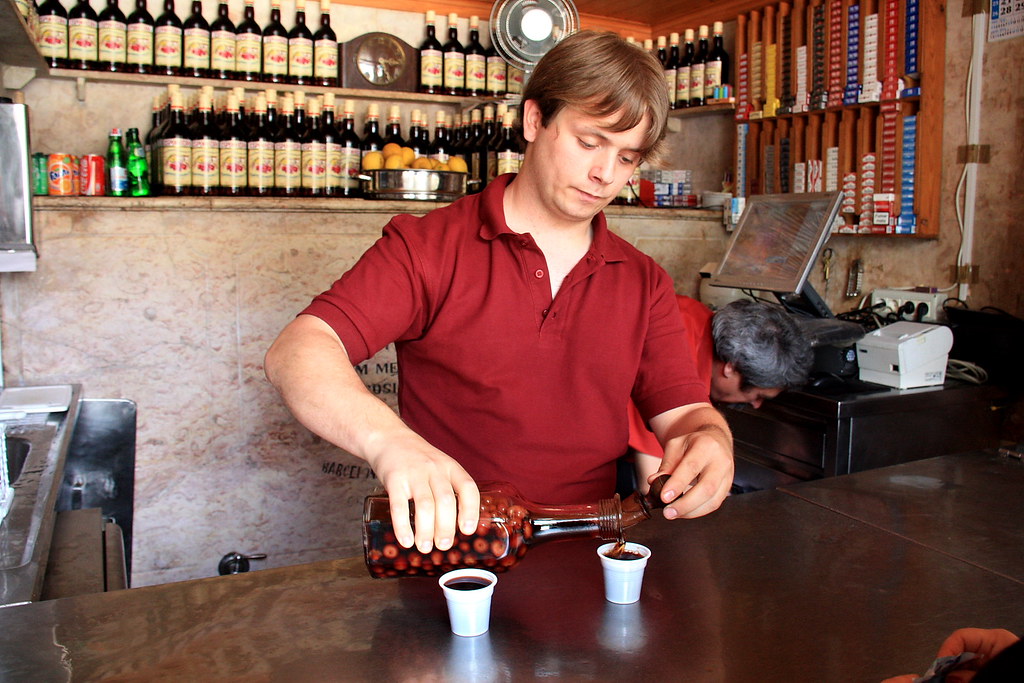 Portugal is famed for Port wine, but Lisbon's favorite sweet tipple is this rich, red cherry liqueur. Best sipped at one of the old hole-in-the-wall bars around Rossio square or the many kiosk terraces in gardens and squares around the city. 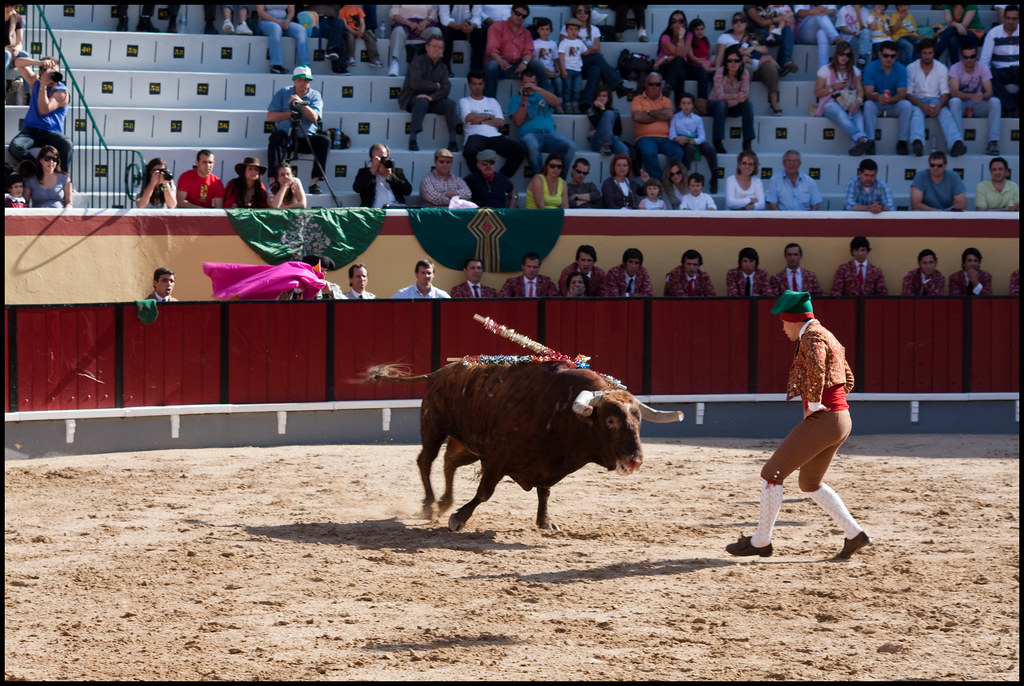 Unlike in Spain, the bulls walk away from a Portuguese corrida de touros. Instead, they are poked and prodded by a spear-wielding horseman (or woman) dressed in aristocratic 18th-Century garb before being wrestled to a standstill by a team of seemingly suicidal commoners. Lisbon's Campo Pequeno bullring is a neo-Moorish architectural oddity.

15. You can chill in cool modernist neighborhoods 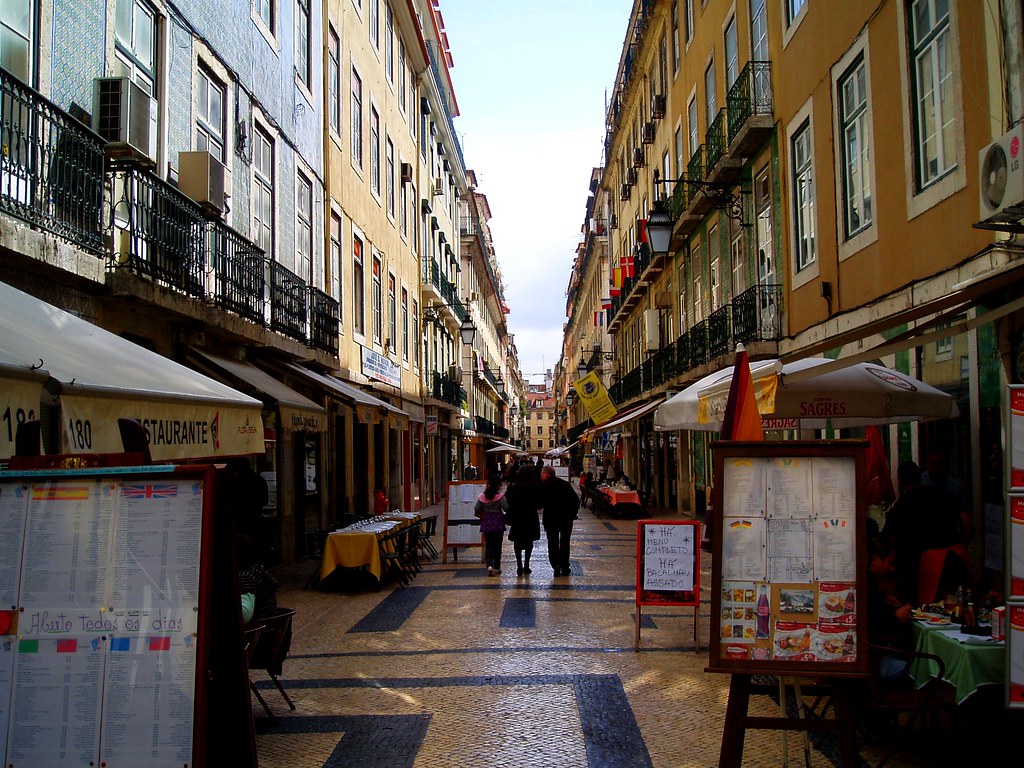 A few metro stops from the old city's mazes of medieval streets, the broad modernist avenues of Alvalade are lined with cool stores and tempting sidewalk cafes.

16. You can eat really, really well for practically nothing 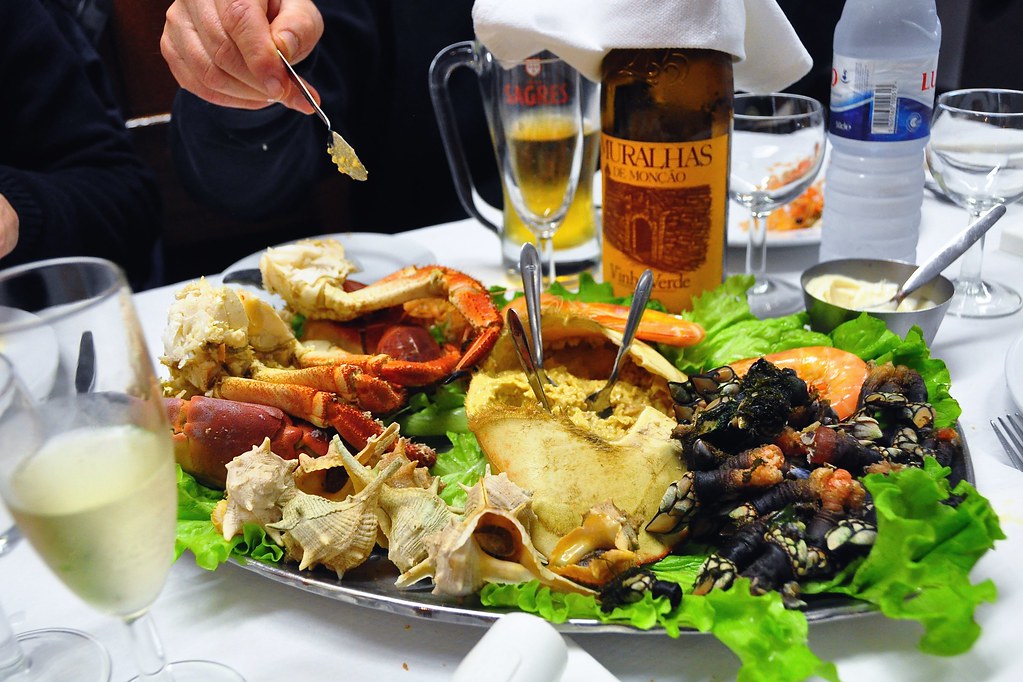 Despite recent sales tax hikes, it's easy to eat a hearty traditional meal (let's say duck baked with rice, eggs scrambled with salt-cod and olives, or grilled fresh sardines) for about $7 in neighborhood eateries known as tascas. Food is taken very seriously here and even fancy restaurants are much cheaper than in most European capitals.

17. Lisbon's version of the blues is on the world's protected heritage list 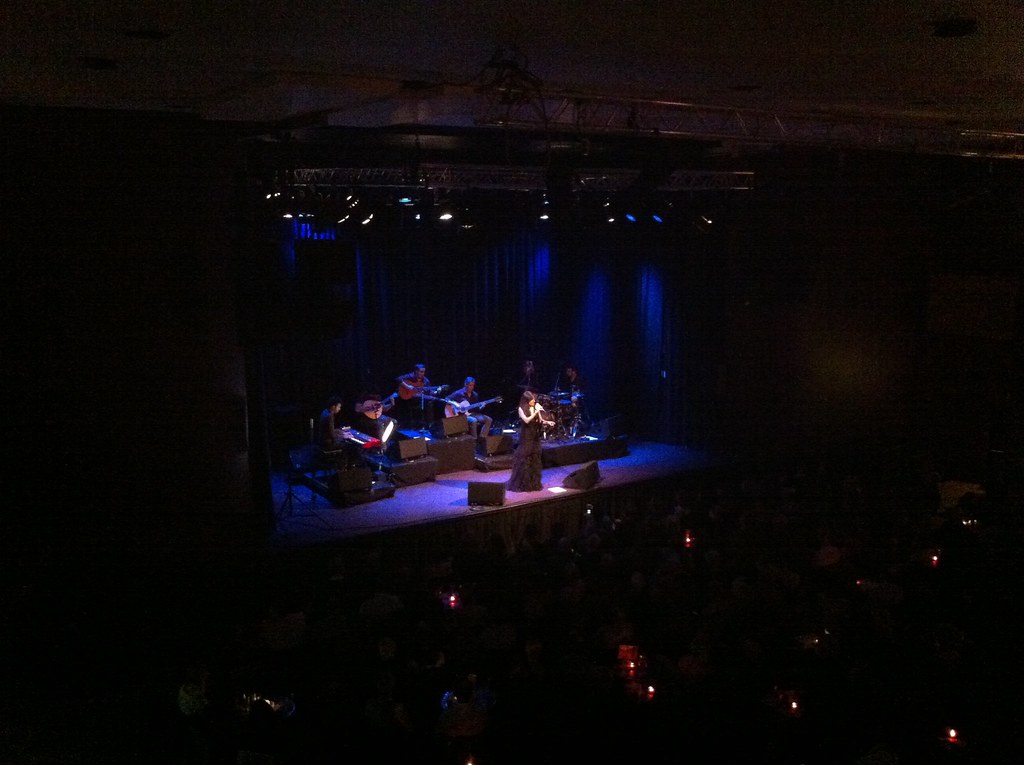 Fado songs should form the soundtrack of any trip to Lisbon. The bluesy, guitar-backed laments can be an acquired taste, but a new generation of singers like Ana Moura, Gisela Joao or Cristina Branco are making fado sexy, accessible and successful.

18. It has what might be the greatest aquarium in the world 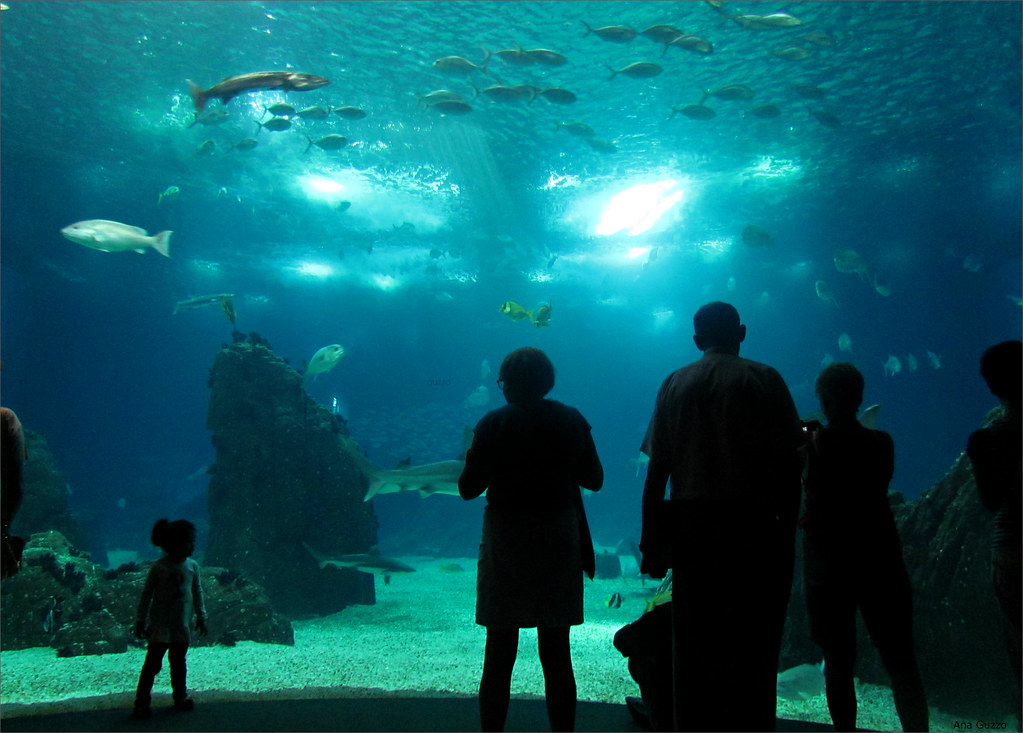 The Oceanario is Lisbon's biggest attraction. An aquarium like no other, its 180,000 cubic feet main tank holds more than 100 species of big fish, including tuna, rays and sharks. Located in the ultra-modern Parque das Nacoes district, the landmark building's myriad displays also include penguins living in a re-created Antarctic icescape, sea turtles gliding through the water and darkened tanks lit by fluorescent jellyfish.

19. Even the cakes are historic Pasteis de nata are Lisbon's greatest gift to confectionary. The Antiga Confeitaria de Belem has been selling the little custard-filled tarts since 1837, but if you want to avoid the queues, aficionados say the nearby Chique de Belem cafe does them even better.

20. The houses have more colors than a box of Legos

Lisbon's "white city" nickname is something of a misnomer. Houses and apartment blocks come brightly painted in yellow, pink, sky blue and just about every shade in between. 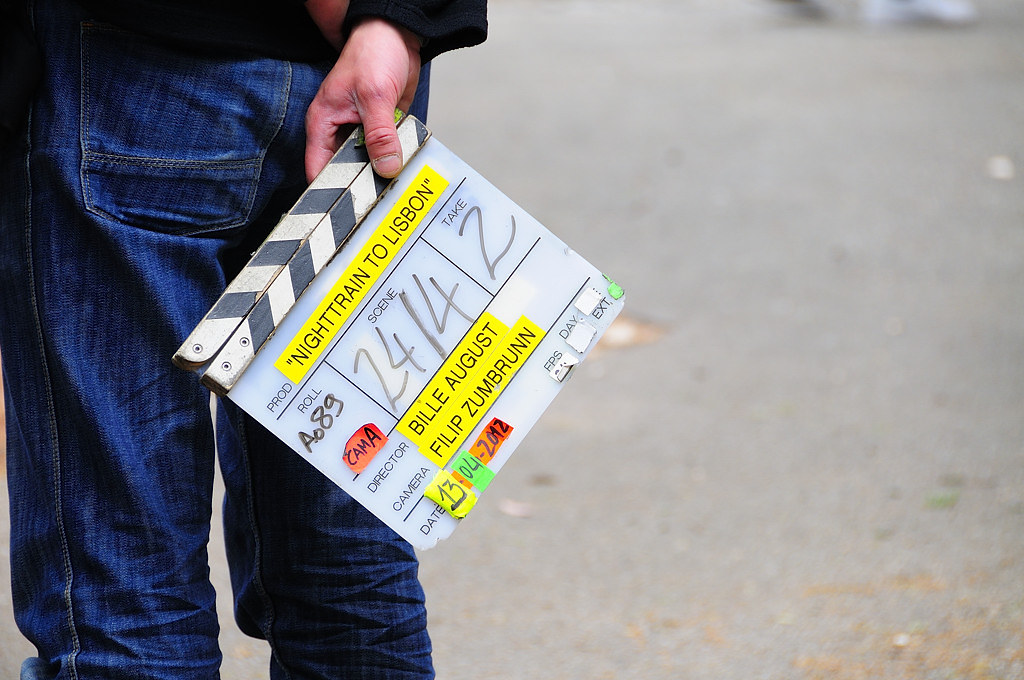 Unlike in most European countries, Portuguese theaters play movies in their original language, with subtitles. Monoglot anglophones can happily catch up on the latest Hollywood releases, or enjoy an art house classic at the Cinemateca — preferably combined with a drink in its rooftop bar.

22. Shopping can take you back in time 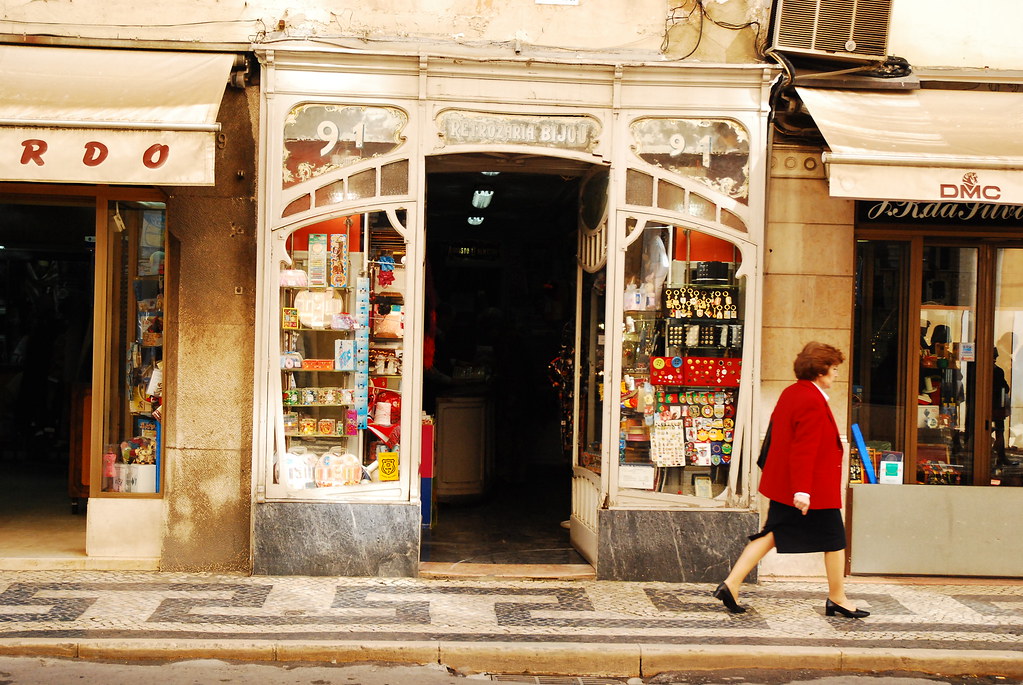 While much of Europe has succumbed to out-of-town megastores, Lisbon is filled with specialist shops where a friendly face will be waiting behind a wooden counter to help you find dried Algarve figs, bathroom appliances, coat buttons, vintage port or whatever it is you're searching for.

23. It smells really good (except sometimes when it smells bad) 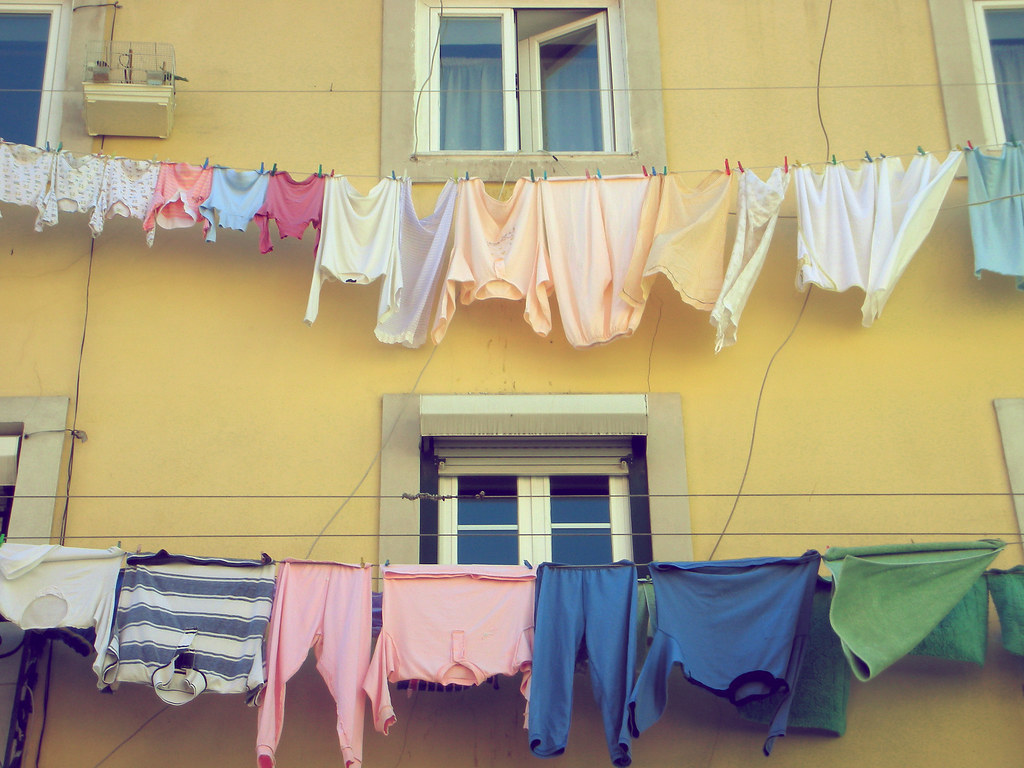 A favorite song here claims "it smells good, it smells of Lisbon." If you're lucky, you'll catch whiffs of orange blossom, freshly hung laundry or cinnamon sprinkled on cakes hot from the oven. You might also be confronted by salt cod on the grill, blocked drains or trash piled up on strike days. All part of the olfactory experience.

24. There are great bars everywhere 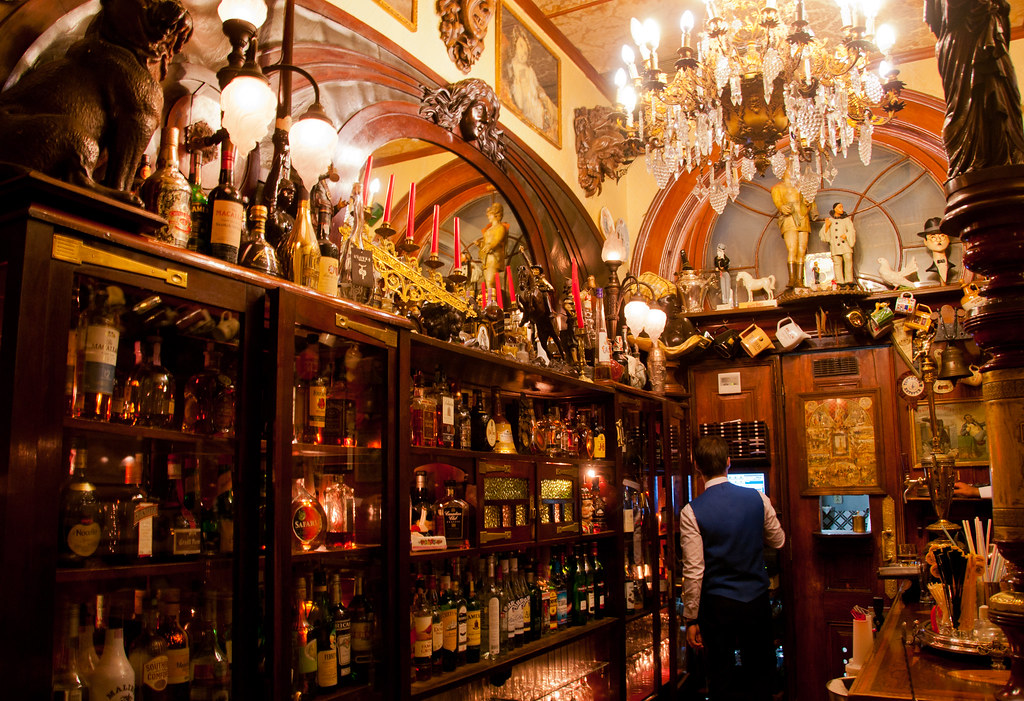 Pensao Amor is an erotically charged former bordello; the Pavilhao Chines resembles a giant Edwardian curiosity cabinet; Botequim da Graca is an intimate intellectual hangout; Povo showcases up-and-coming fado stars. In a city that lives late into the night, there are bars on the roof of car parks, in gardens and museums; quayside nightclubs where you can dance until dawn breaks over the Tagus; whole neighborhoods of bars in Bairro Alto or Cais do Sodre.

25. The Chiado is like the legend of the phoenix 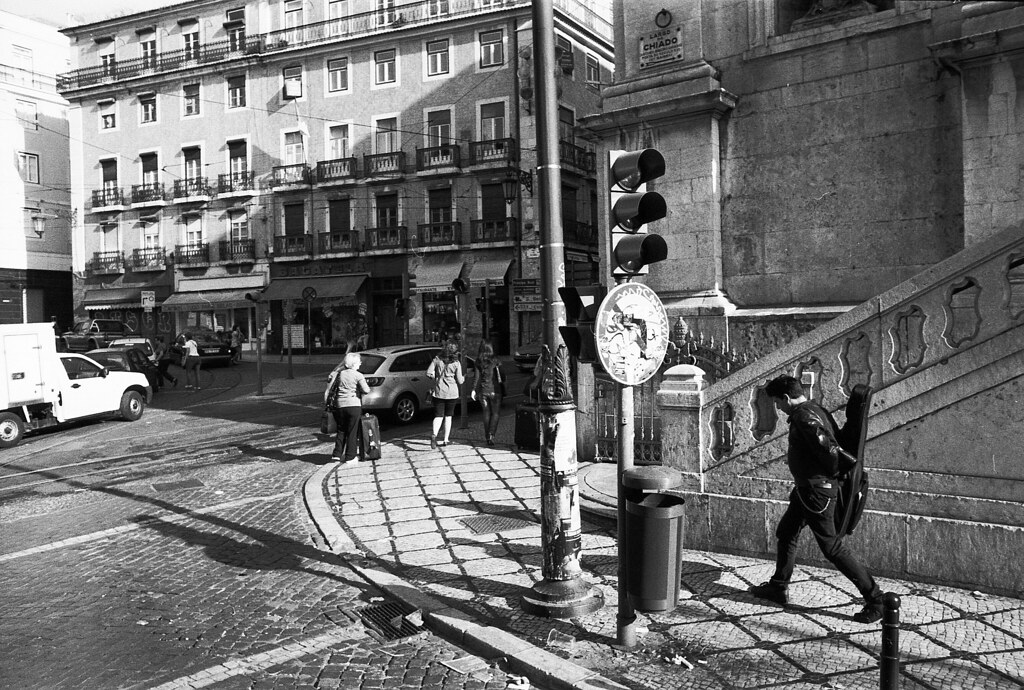 Devastated by a 1988 fire, this grand old district of Belle Époque stores, theaters and literary cafes rose from the ashes as the restored heart of the city. You can spend your days browsing the world's oldest bookshop (Livraria Bertrand, est. 1732) and drinking bicas at the counter of the Brasileira cafe founded in 1905.

26. Where else (outside of Goa) can you sample wonderful Goan food? 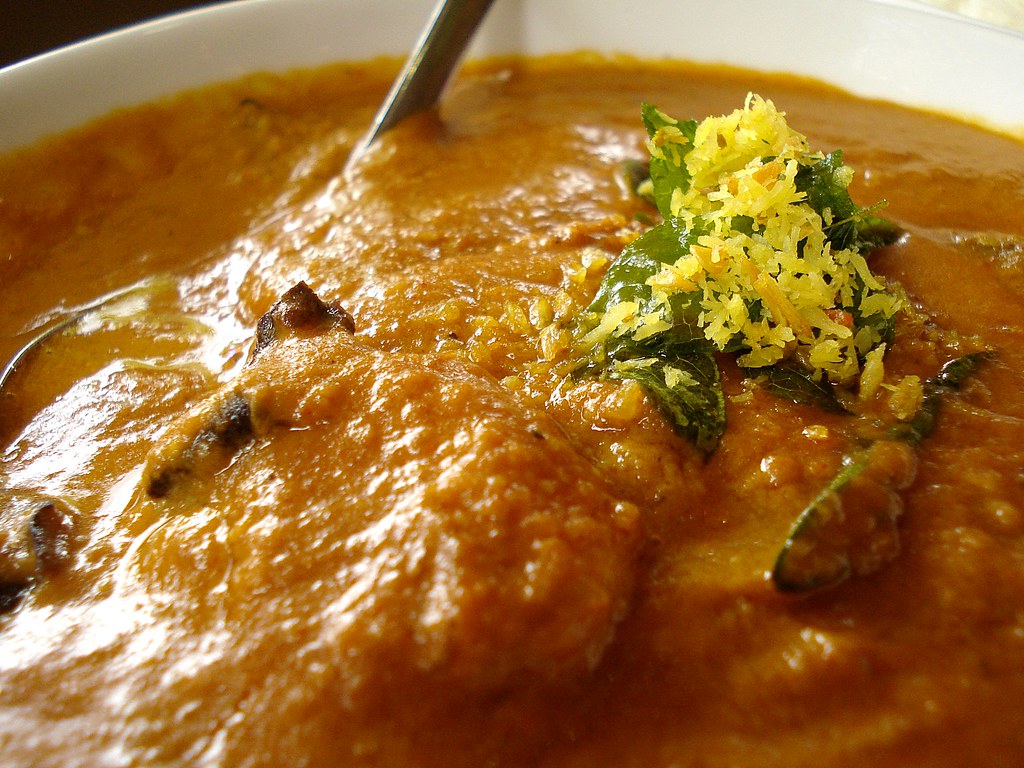 27. There's a fairy-tale fortress up in the hills 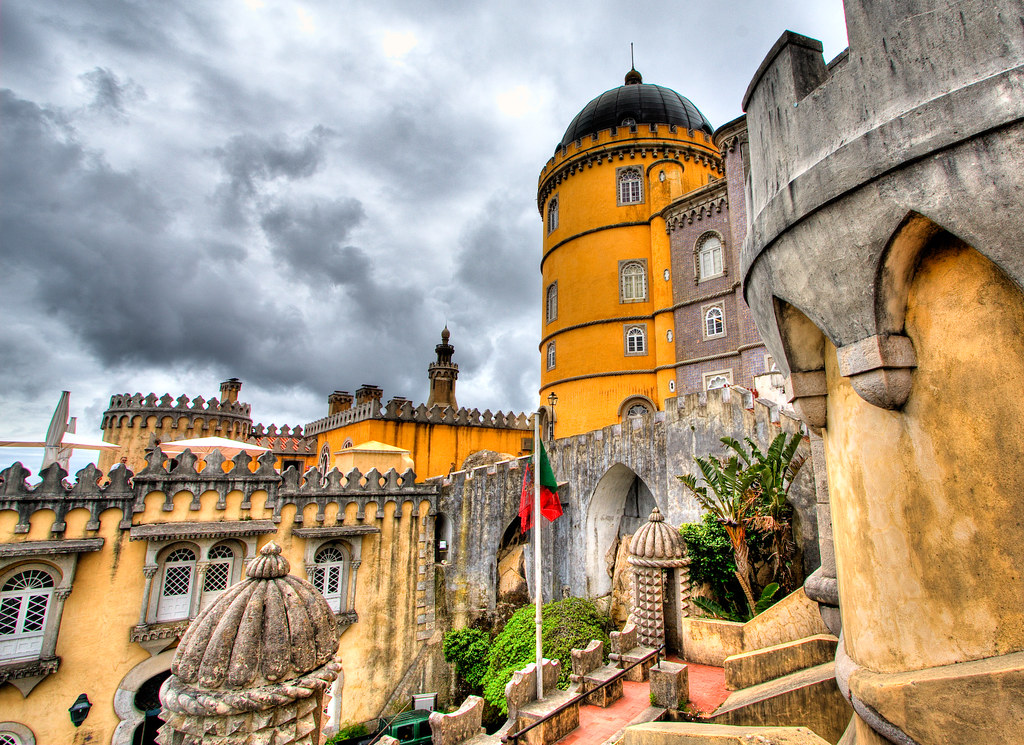 Commuter trains take less than 40 minutes to climb to the magical hill town of Sintra. A plethora of palaces were erected there amid the thick woodland so Lisbon's aristocracy could escape the city heat. Looming above them all is the Palacio da Pena, a romantic bolthole built by a German prince who married into Portugal's royal family. The whole place is a UNESCO heritage site.

28. Neighborhood markets are a feast for foodies 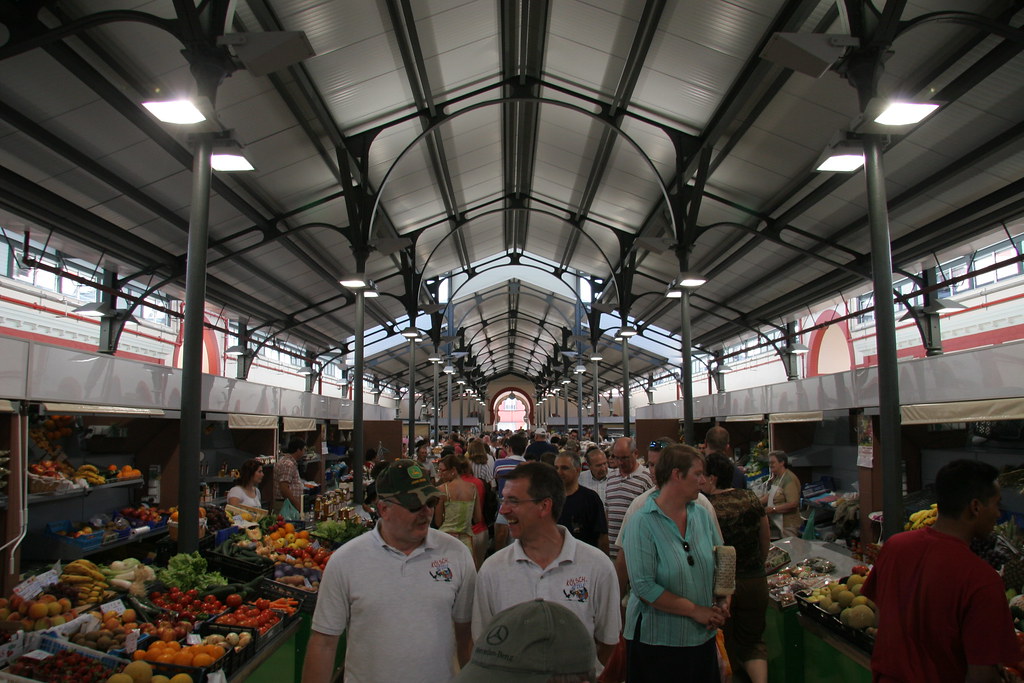 Fancy tripe, baby squid, or a plate of freshly picked loquats? Lisbon's neighborhood markets will have them all (in season). The best known is the 132-year-old Mercado da Ribeira, poised for a major facelift.

From tree-shaded public gardens where aging card sharks while away endless afternoons to the 2,500 acre Monsanto in the western suburbs, Lisbon is full of green getaways. A favorite is Jardim do Principe Real a verdant oasis surrounded by chic shops and bars.

Attilio Santini moved from Italy in 1949. His family still serves world beating ice-cream from their stores in the Chiado and in the western beach suburbs. There's usually a line, but with flavors ranging from baked apple to Azores pineapple, the gelato is always worth the wait. 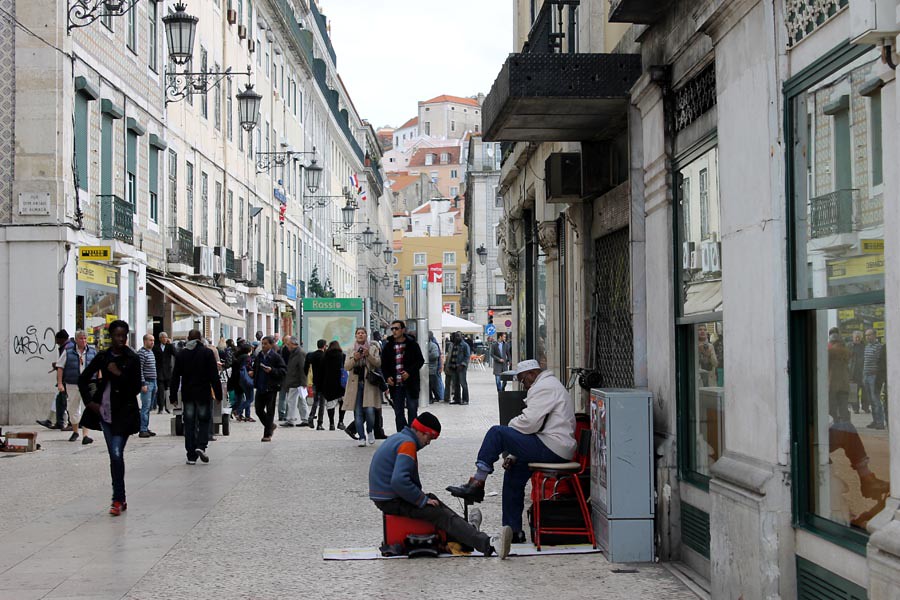 Shoe-shiners may have disappeared from much of Europe, but professionals armed with brushes, rags and pots of polish are stationed around downtown to give new life to your footwear — and fill you in on the latest gossip. Some operate inside cafes, like the splendid 1940s Pastelaria Mexicana, so you can get a shine while enjoying your morning coffee.