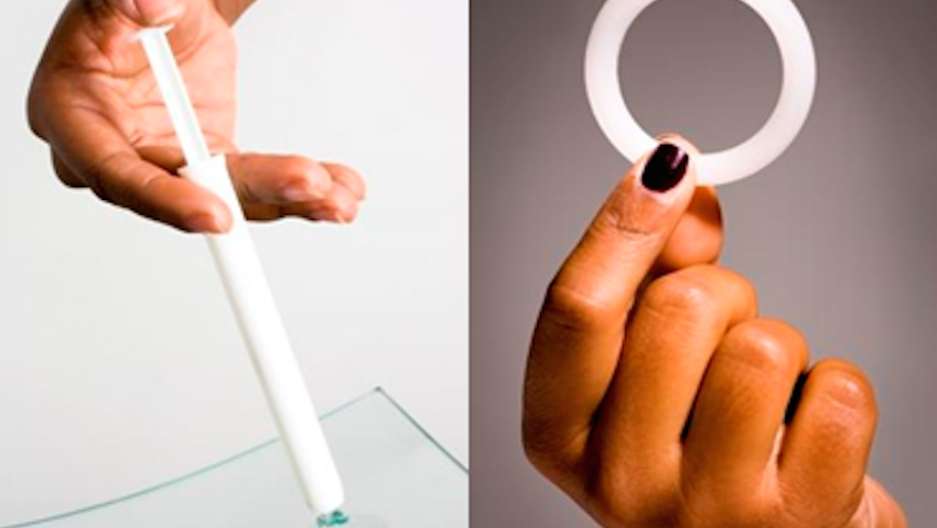 New HIV prevention technologies on the horizon, pursued in the new public-private partnership by International Partnership for Microbicides and the Janssen Pharmaceutical Companies of Johnson & Johnson, include monthly rings and gels that deliver ARVs and that could be combined with contraceptives. (Andrew Loxley/Courtesy)
Credit: Andrew Loxley
Share

The world is making tremendous progress to curb the course of the global HIV/AIDS epidemic. Since peaking in 2005, AIDS-related deaths have decreased by nearly one-third, and new HIV infections in children have fallen by more than half since 2001.

But not everyone is benefitting equally from these advances. Women and girls continue to bear a disproportionate and unacceptable burden of the disease. A new public-private partnership agreement announced last week between our organizations – the International Partnership for Microbicides (IPM), a nonprofit product developer, and the Janssen Pharmaceutical Companies of Johnson & Johnson, a major research-based pharmaceutical company – could help address this and ensure women have the tools to protect themselves from infection.

The agreement expands IPM’s existing rights to develop and deliver products containing a promising HIV prevention medicine called dapivirine. It also marks the latest step in a longstanding partnership between our organizations and opens the door to women’s future access to prevention products in all countries. Through our collaboration, IPM serves as a bridge, uniting public sector financial support from its government and foundation donors with Janssen’s private sector expertise to accelerate the progress women urgently need.

In sub-Saharan Africa, the region most seriously affected by AIDS, women make up nearly 60 percent of people infected with HIV. The problem is expected to grow worse in the coming years. The recently published 2012 South African National HIV Prevalence, Incidence and Behaviour Survey found that teenage girls in South Africa are at least four times more likely to become infected than teenage boys.

When HIV affects women, it tears at the fabric of families and communities and perpetuates a cycle of poverty in poor countries.

Women are particularly susceptible to HIV because they lack a practical prevention toolkit that meets their needs. Existing preventative options are effective but not always realistic since they primarily depend on partners’ consent. Widespread gender inequality often keeps women from accessing and acting on prevention information. They need products they can use easily and, when necessary, independently in their daily lives.

Working in silos has only gotten us so far. We have the know-how to develop new prevention methods, but this research takes time, money, and successes and setbacks. Creating HIV prevention tools for women in the world’s poorest countries is particularly daunting because they face significant sociocultural barriers and have limited ability to pay. Partnerships like ours are powerful solutions to the challenges of developing health products for women.

One of the most closely-watched products in women’s HIV prevention – the dapivirine vaginal ring – is the result of an early public-private partnership in the microbicide field. Microbicides deliver the same antiretroviral medicines successfully being used to treat HIV-infected individuals through new mechanisms, such as vaginal rings, films and gels. Building on Janssen’s initial work with dapivirine, IPM began formulating the antiretroviral as a microbicide in 2004. The dapivirine vaginal ring, which could protect against HIV for a month before a woman needs to replace it, is now in final clinical trials in Africa, with results expected next year.

The new agreement deepens our partnership in important ways. IPM can now make future dapivirine-based products, such as a contraceptive-dapivirine ring in development, available to women in developed in addition to developing countries.

Under the agreement, IPM is exploring multiple financing strategies in line with its nonprofit status that could support its mission and help ensure product affordability. For instance, one option may be to sublicense the contraceptive-dapivirine ring – once it is shown to be safe and effective – to a third partner to market in developed countries. This could help fund IPM’s ongoing development of new prevention technologies and offset the costs of its products for women in resource-poor settings globally.

What this means in practice is that, down the road, a woman in South Africa or Uganda may be better able to access a product she wants to use to protect herself because it is affordably priced.

This sort of creative financing can complement donor and government investments in global health.

In a time of limited resources for competing priorities, the best investments are those that can be sustained for the long-term. With the worldwide rights agreement, IPM and Janssen have created a model for research, development and delivery that could be self-perpetuating.

HIV/AIDS is one of the most complex global health challenges we face, and it demands equally smart solutions. Public-private partnerships that unite industry, nonprofits and donors are an example of how to develop and deliver critically needed health tools effectively and efficiently.

Zeda Rosenberg, ScD, is the Chief Executive Officer of the International Partnership for Microbicides (IPM), a nonprofit organization dedicated to developing new HIV prevention tools and other sexual and reproductive health technologies for women, and making them available in developing countries.